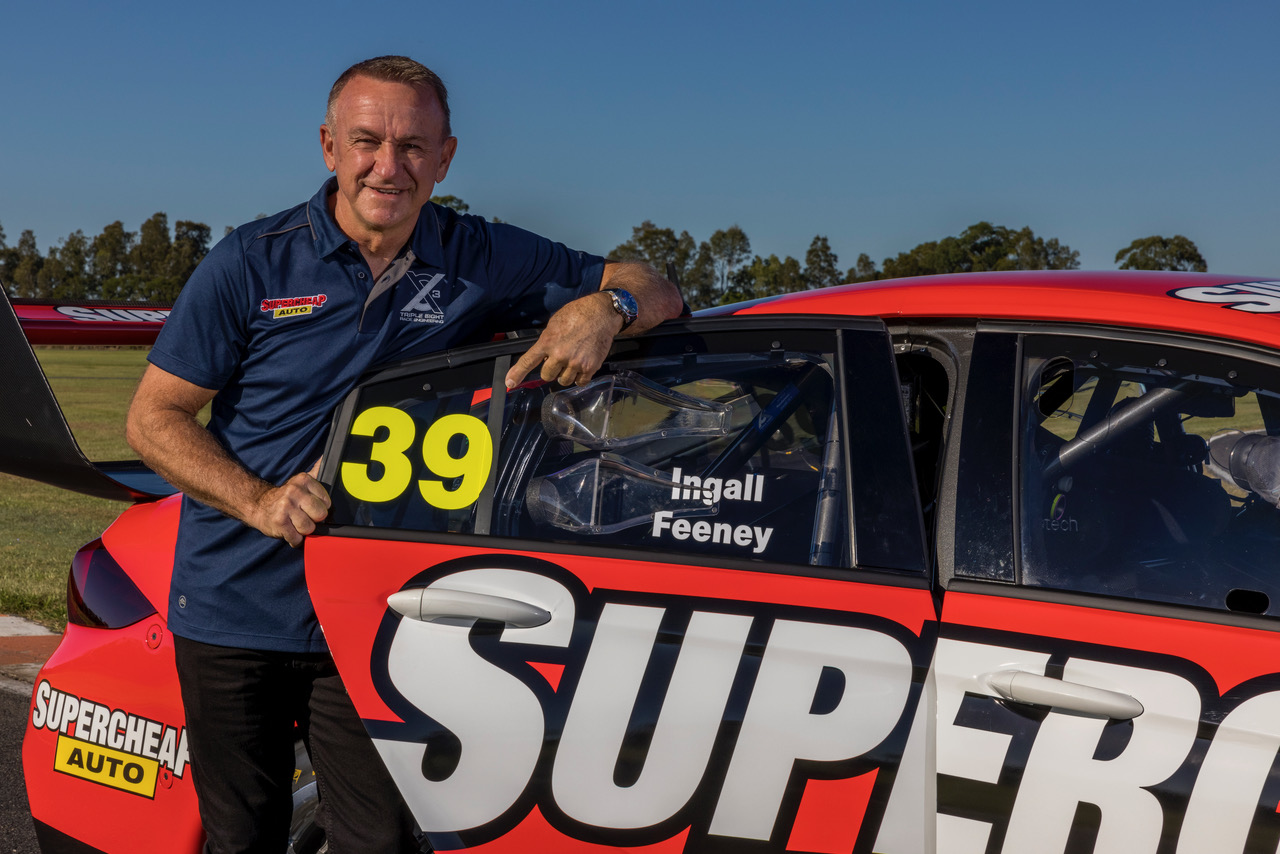 Russell ‘The Enforcer’ Ingall has fired the first shots at his race rivals as he prepares for a comeback drive at at the Bathurst 1000 in October.

He’s been away from The Main Game since co-driving Rick Kelly at Mount Panorama in 2015 but believes he can be a contender as he pairs with Broc Feeney for 2021.

“I don’t want to make friends,” Ingall said as he prepares to renew old rivalries.

“I was beating them when I was there last time. There’s no reason why I can’t be them again,” Ingall said at the unveiling of his Supercheap Auto Commodore at Norwell on the Gold Coast.

He has also taken a swipe at the ‘keyboard warriors’ who will be commenting on his comeback plan.

“Smash me up. I feed off that. Nothing fires me up more,” he said.

Ingall and Feeney make an odd couple, as the 57-year old veteran is 39 years older than his 18-year-old partner, and it’s reflected in the #39 they will carry at Bathurst.

But, just because he is old enough to be Feeney’s grand-father does not mean Ingall is aiming to cruise around at Bathurst.

“There is a lot to do, but I’ve always been very competitive. I never thought that I’d been back at Bathurst in a Supercar.

“To have another swing at it? How could you possibly pass that up?”

For Feeney, who was tenth at Bathurst last year in his debut start, pairing-up with Ingall is a bonus for an event where he could be a podium contender in the Triple Eight Commodore that Jamie Whincup raced through the 2020 Supercars season.

“It’s so cool. There is so much I’m already learning from Russell,” Feeney said.

The Bathurst Wildcard plan was hatched last year at Mount Panorama when T8 boss Roland Dane was approached by Supercheap, which was smarting after losing the naming rights for The Great Race to Repco after 16 years.

“They asked me if I had a spare car and it started from there,” said Dane.

““The young bloke was a no-brainer … he’s a stand-out. (and) I felt sorry for Russell, an old fat boy living on the Gold Coast,” joked Dane.

“But the reality is Russell is still as competitive as always. And he brings a lot of experience.”