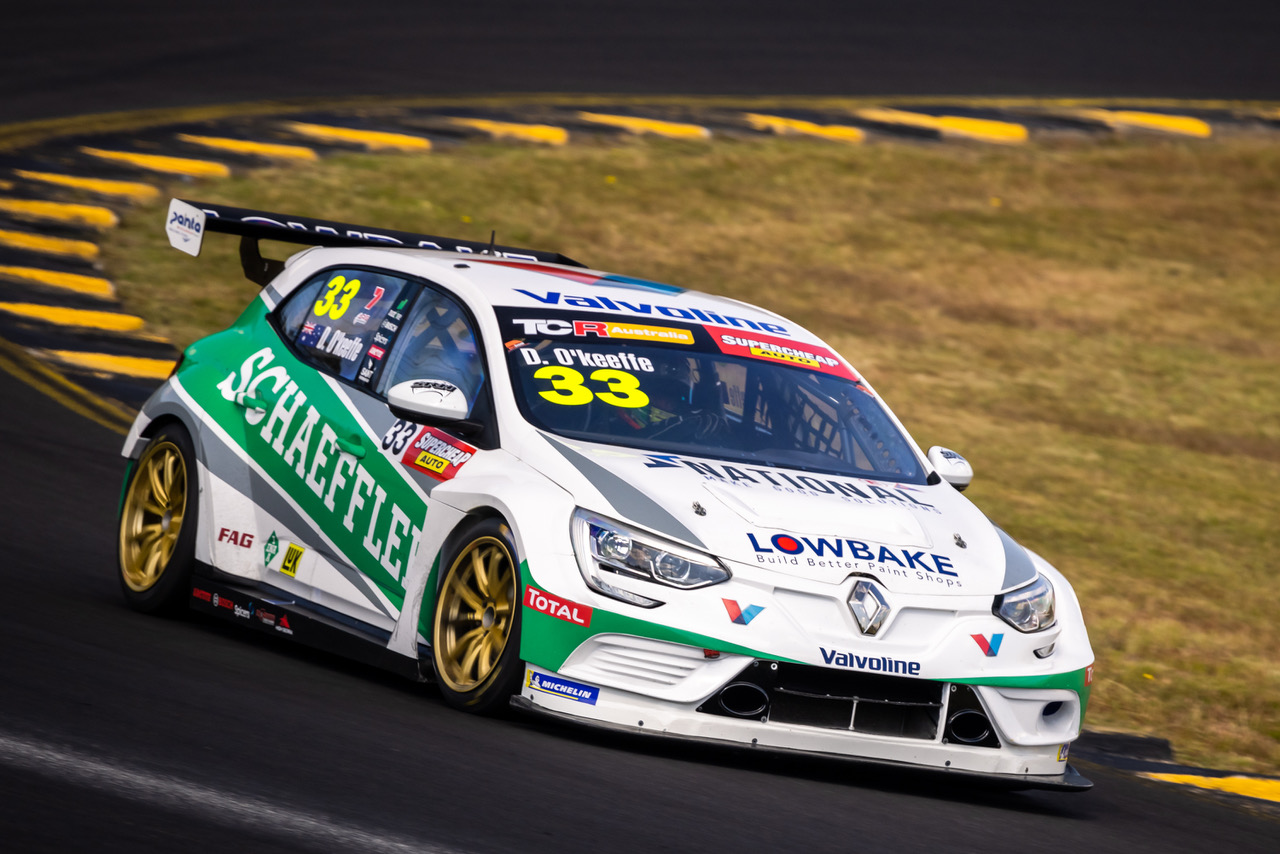 The pair ran 1-2 at the end of Friday practice despite driving cars which have been cursed with troubles since they landed in Australia for the 2-litre turbo championship.

A massive effort to make the Renaults reliable by the Garry Rogers Motorsport crew saw them edging out Jordan Cox in an Alfa Romeo Giulietta, Tony D’Alberto in a Honda Type R and Jason Bargwanna in a Peugeot 308 after a pair of practice sessions at the Sydney circuit.

“It’s good. The car is the best it’s ever been,” O’Keefe told Race News after lapping in 1 minute 34.1055 seconds, three-tenths quicker than Moffat.

“Good. It’s been a bloody hard slow for these cars,” said Moffat.

Barry Rogers, the leading shareholder in the TCR series and also owner of the Renaults, was smiling as he watched the times.

“We’ve finally got them reliable. It’s taken a lot of work. Now we can get them faster,” he said.

The Friday surprise was Chaz Mostert, the runaway series leader, who was only 13th during the late-afternoon session on Friday. But he is chasing race pace, not one-lap speed, and was not worried about the times.

The 22-car grid promises a weekend of tight action and, for the first time, there are five Hyundai i30 Ns dominating the entry list. The quickest, Nathan Morcom, was sixth quickest ahead of Josh Buchan, but neither had much Michelin rubber when the times began to tumble.

“The track is quite slippery. But both sessions we’ve been up there, so it’s a good sign.

Jordan Cox was also happy with his Alfa.

“It’s the best the car has ever been. No complaints. I’ve just got to work a little bit more on my driving.”