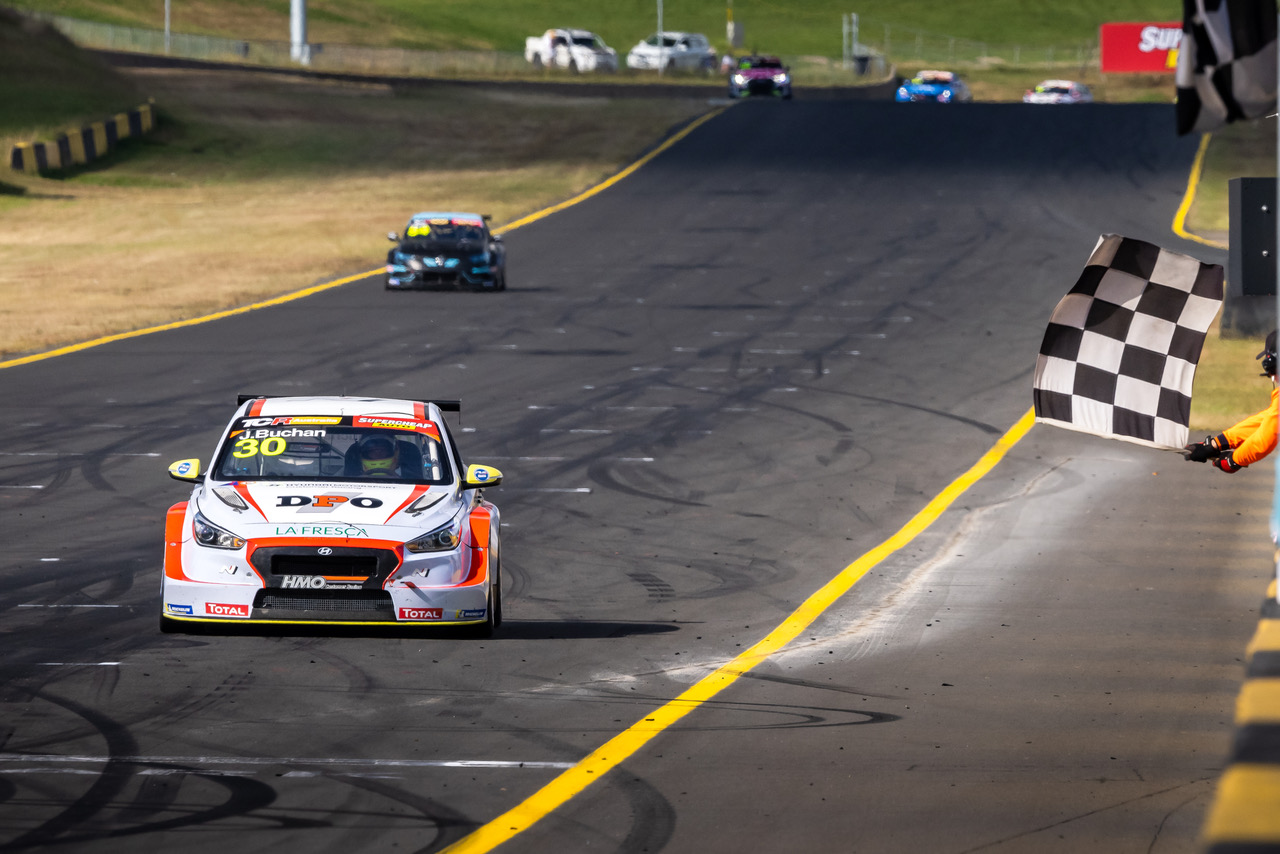 Rookie racer Josh Buchan became the newest TCR winner with a rampaging run to success on Saturday in Sydney.

The 24-year-old started from the front row in his Hyundai i30 N, hit the front within three laps, and then drove away from the field to score a convincing win in the latest leg of the SuperCheap Auto TCR Australia Series.

His job was made easier when pole-sitter Dylan O’Keefe was forced to start from the pitlane after a mechanical glitch on the grid with his Renault Megane, but Buchan was never threatened as he drove home ahead of James Moffat in another Renault and runaway championship leader Chaz Mostert in his Audi RS3.

“Job done. That’s a weight off my shoulders,” Buchan told Race News at the finish.

“I was probably the most nervous when I was trying to pull a move on John Martin for the lead. I enjoy being out front. That’s where I feel confident.”

Martin eventually dropped back to 12th with a mechanical problem in his Honda Type R as O’Keefe drove through the pack for 10th at the flag.

“We shouldn’t have opened the bonnet on the grid. It just needed a power re-cycle. But they made me start from the pits,” O’Keefe reported to Race news.

But was he happy to have salvaged something from the day?

The first of three TCR races on a packed program with the Australian Racing Group produced largely lacklustre and processional racing, much like previous visits to Sydney Motorsport Park where the cheese-grater surface destroys Michelin tyres.

But Mostert was happy to get a surprise podium and defend his championship lead.

“I’m pretty happy. I was hanging on. Tapped out,” he said.

But there is a chance of more action in two more sprints in Sunday with the grid order set by finishing places and teams juggling tyre suppliers for their drivers.

For Buchan, the objective is simple.