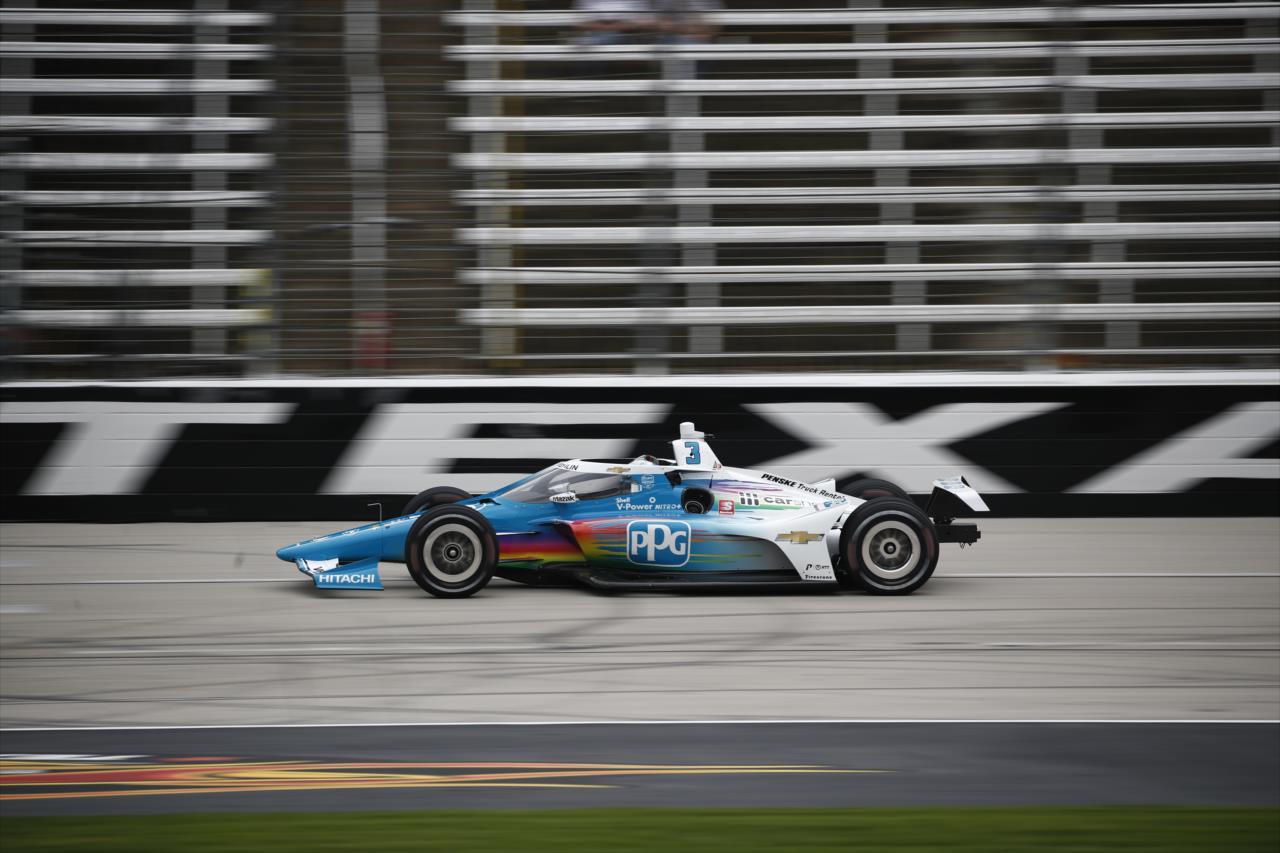 Not even Scott McLaughlin would have predicted his first IndyCar podium would come in only his third race.

Yet that is just what he achieved when he followed IndyCar legend Scott Dixon – his childhood hero and a fellow Kiwi – to the chequered flat in the first leg of a double-header at Texas Motor Speedway.

“I’ve never been so bloody happy for second,” McLaughlin said after the finish.

“I’m really stoked. I just couldn’t get Scotty there at the end. But I’ll tell you what: It was bloody cool battling with my all-time favourite hero, Scotty Dixon. Two Kiwis, one and two.”

The result clearly demonstrates the youngster’s talent and commitment and gives Roger Penske an early payback on his investment in promoting McLaughlin from Supercars in Australia to IndyCar in the USA.

McLaughlin lined up 15th for the Genesys 300 based on championship points when poor weather meant no qualifying, but was quickly on the move.

Smart tactics by the Team Penske crew had him pitting early and he jumped up to sixth after an early incident.

Then he was third after the next round of pitstops as he raced fast and confident in the leading pack.

Another big crash in the final stages gave him another break in the pits and he drove strongly to the flag, even jousting with Dixon at the front of the field.

What did Dixon have to say?

“I have this thing on the dash that tells me the gaps to cars,” said Dixon.

“I probably need to take it off because it was stressing me out more than anything. I kept looking down, looking in the mirror.”

And that says it all.