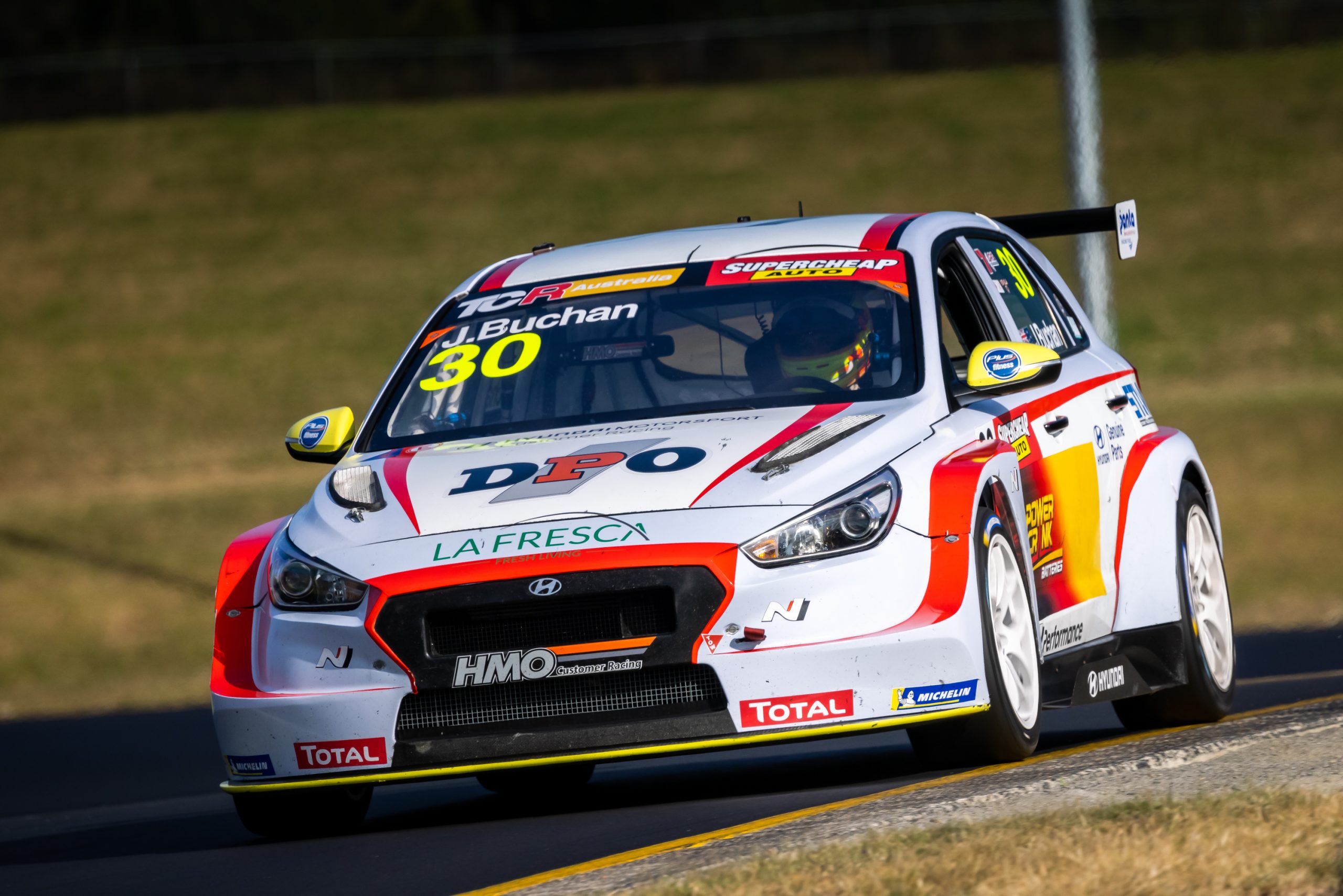 Youngster Josh Buchan had never won a TCR race when he arrived at Sydney Motorsport Park but he left with three trophies and back-to-back wins after a breakout weekend.

Buchan and team-mate Nate Morcom battled through the early races of this year’s SuperCheap Auto TCR Australia Series with a Hyundai i30 N which was clearly lacking pace, but as rivals tripped up on the notoriously abrasive ‘Cheese Grater’ surface in Sydney they were able to capitalise with a string of solid results.

James Moffat and Dylan O’Keefe finally got some serious speed from their Renault Meganes, after months of reliability work by the crew at Garry Rogers Motorsport, and Chaz Mostert was solid as always as he protected his championship lead with two podiums in his Audi RS3 despite success ballast and a change to the Balance of Performance for the turbo tiddlers.

The Renaults were quickest from Friday practice and Moffat managed a great runner-up sport in the first of three 15-lap sprints on Saturday, but when he bungled the start of Race 2 he was not able to recover his momentum.

O’Keefe didn’t even get that far, as he had an engine drama after qualifying on the front row for Race 1 and then had to start from the pitlane. He was the comeback star through the weekend and only lost third in Race 3 to a 5-second penalty after one of three re-starts.

“At least we went forward. It could have been better, but …,” he said.

For Mostert, all three races were about minimising any damage and protecting his solid championship lead.

“Good points for the weekend. It’s all about being 80 kilos too heavy,” Mostert told Race News.

But Buchan had no complaints as he showed the sort of speed and confidence, without the David Reynolds’ style craziness, that carried Will Brown to the inaugural TCR title with Hyundai in 2019.

“I always knew I could win but it’s nice to know I can win,” said Buchan.

“I have proved I can drive the car as fast as it will go. And I’m up front with the big dogs.”

He was plucked from relative obscurity by Hyundai Australia to join Barry Morcom’s team and the 130i N dominated the entry with five cars in the 22-strong field.

“It’s good to put myself on the map. I can go to the next meeting knowing I’m a TCR race winner.

“We put on a good show and I’ve put myself front-and-centre, which is good.”

The TCR Australia continues at Morgan Park in rural Queensland from June 25-27.