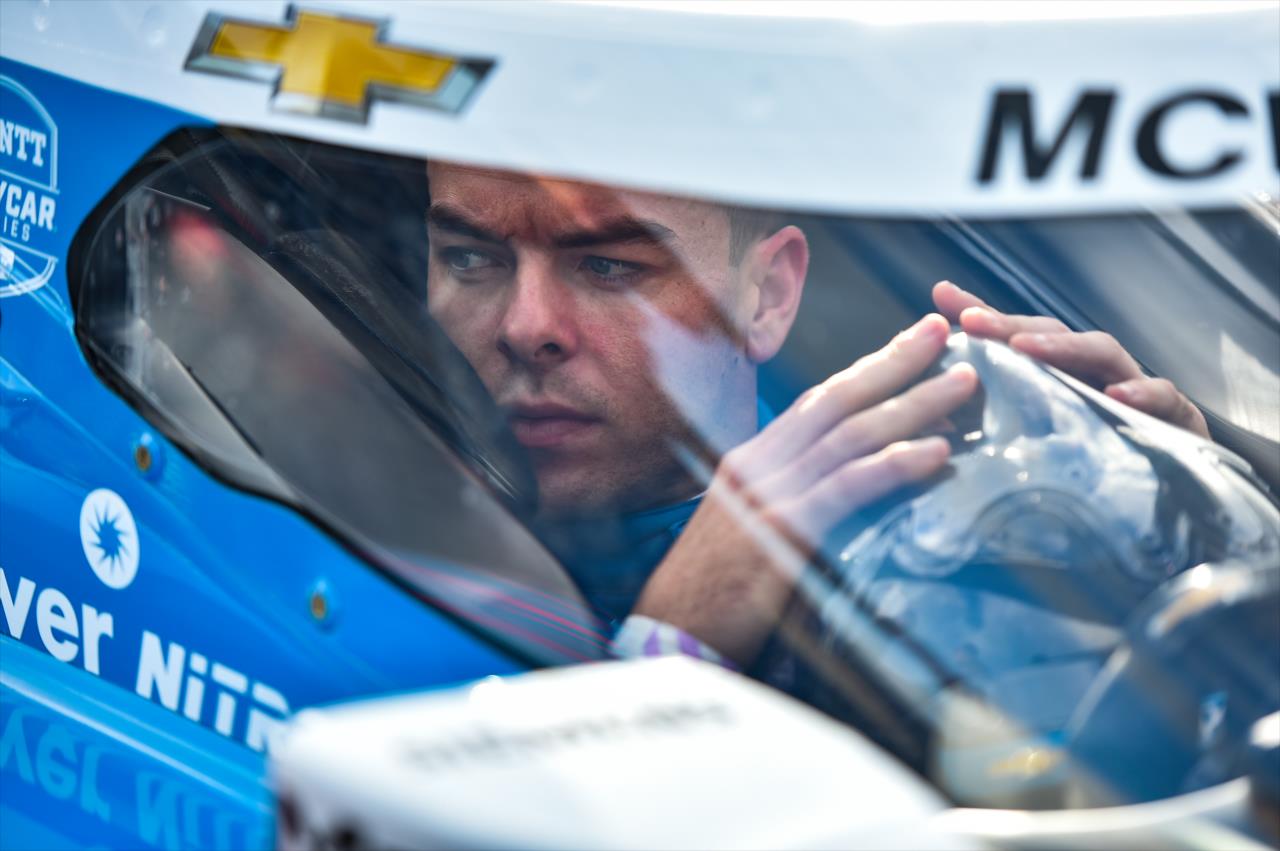 As Scott McLaughlin celebrated his breakthrough IndyCar podium at Texas Motor Speedway he had plenty to say.

Here are his words and thoughts from the post-race Press Conference at the Genesys 300 after finishing runner-up to his fellow New Zealander Scott Dixon:

“I had a tremendous amount of fun, about as much fun as I thought I was going to have. We also had great strategy calls, pit stops. The crew on pit road were unbelievable. Have to thank them a huge amount.

“Just wish my mum and dad, wife were here. Anyway, next time.

“It’s a big thing taking on my first oval race. Just tried to get through the first few laps. I was pretty cautious, probably too cautious in my first stint. Just sort of worked up to it.

“I’ve worked very hard behind the scenes looking at footage, talking to my team-mates about where we can get better. Really proud to have been able to deliver tonight when I needed to. The boys on the team put me in position. I was able to deliver. That’s what I’m really proud of.

“It’s definitely the most happy I’ve ever been finishing second. It’s one of those things where a little bit unexpected just because I knew how tough it was going to be sort of getting through the field. But, yeah, things fell our way. For it to happen on an oval is a pretty proud moment.

“Managed to dodge the Bourdais wreck, which was pretty close for me. Then the Hinchcliffe one which put us right there.

“I think I’ve still got a bit of time before I’m comfortable. I don’t think you’re ever comfortable. I’m still nervous every time I go out on the track. Rick Mears told me as well. He said: ‘You’ll never get rid of that’.

“I certainly felt more comfortable as the race went on. Happy I did all the laps and ended in a good spot.

“So to follow him and race him towards the end, have genuine pace for him, was pretty cool. I said to the guys in the caution period, ‘This is pretty cool, isn’t it?’ I think they were trying to calm me down a little bit.

“The oval is completely different. I don’t feel sore, I don’t feel anything. I have heaps of padding and stuff like that. The mental game, figuring it all out, reading the track, what it does, it’s interesting and very draining mentally.

“Mentally it’s quite a draining thing, trying to always concentrate on what is going to happen in front of you in traffic, listening to your spotter. A lot of things going on.

“The first pit stop actually caught me by surprise, old tires under caution. I came in there quite loose. Was very nervous on entry into pit lane.

“It’s very nerve-wracking pitting under green, sort of going through three and four on the apron. Very low grip. You really have to wheel it through there. It’s very cool when you do a big burnout after the pit stop. That’s a cool part

“I was happy we weren’t too far away pace-wise. More comfortable in dirty air, how I need to sort of adjust my driving style, what changes inside the car I can do to help me in dirty air, stuff like that. What moves I can do.

“The restarts I felt really strong tonight. I made a couple moves in the early parts at the start, went sort-of outside into three, a few others. That worked out good for me. Was a bit of a chance, but you got to try them sometimes.

“I settled in as I was going, what lines I could run. Kind of nice to follow Scottie there, see what lines he was running, too. That was a nice thing.

“I’ve got the confidence that I can be there or thereabouts in the future. I got a great team. They work very hard to make me come up to speed.

“My team-mates have been exceptional with me. I couldn’t ask for more advice. I rattle their brains a lot. They always come back with answers. Whether they like to or not, it’s a different story, but they do it. That’s what’s really cool.

“Look, it’s nice to get a result, but you believe you can do it. Very surprising to get a result on the oval. But there’s a lot to learn. We put ourselves in a good spot today with strategy, my in and out laps were good. That was how we have to move forward and we certainly did. Very proud to be there or thereabouts.

“Probably too happy finishing second. Definitely you won’t get me like this ever again. I’m sure hopefully we can go one better next time.”