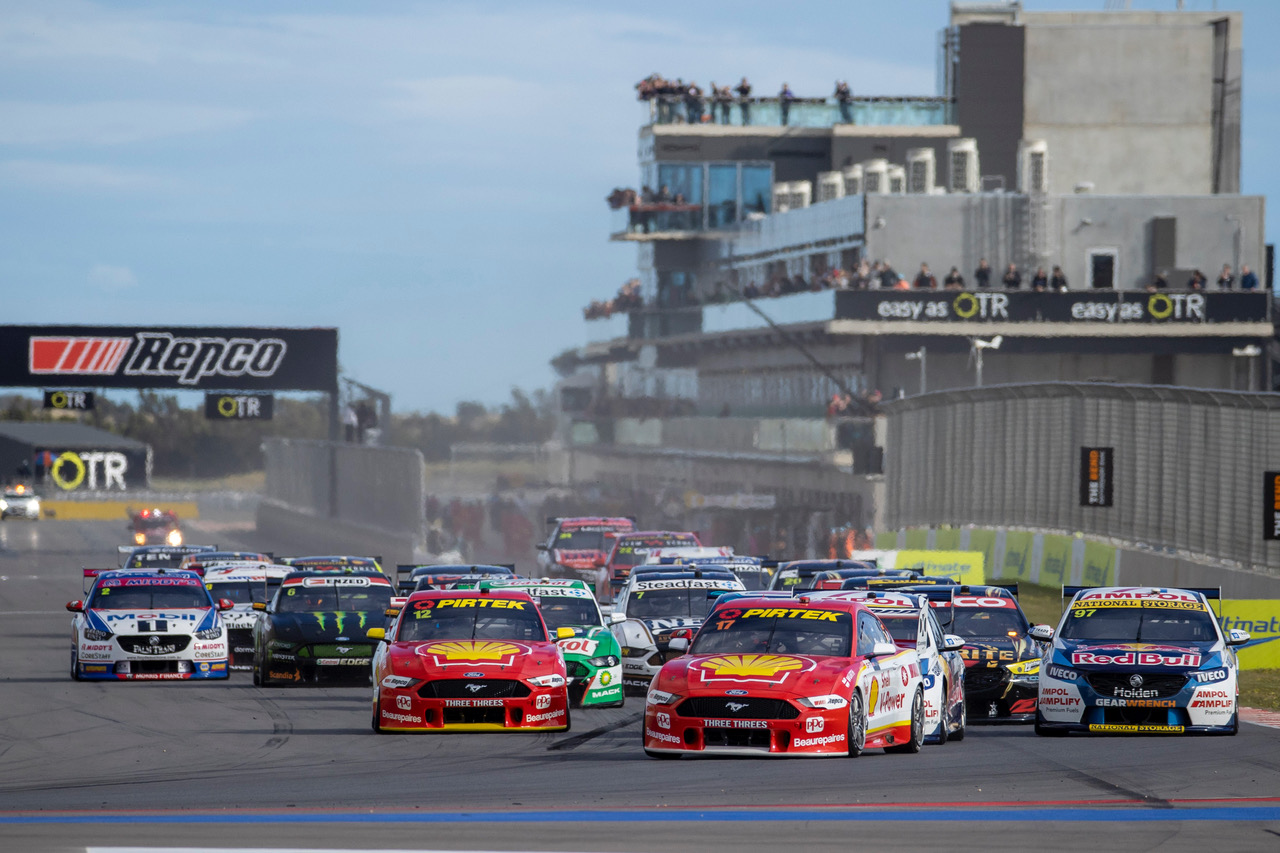 A pair of Supercars wildcards point to the future of a 26-car touring car grid in 2022.

When Kurt Kostecki and Thomas Randle join the field at The Bend they will show how the show could look once two extra Racing Entitlements Contracts are released to teams for use next year.

And it’s entirely possible that Randle and Kostecki could be back at the wheel.

Randle is already a favoured son at Tickford Racing and Kostecki has the family backing that has already boosted his brother Jake and cousin Kurt into The Main Game.

Even their Wildcards are a reflection of the cash and commitments in Supercars, as Tickford had originally planned to run Randle in a Castrol Mustang this year while Kostecki was locked for an endurance co-driving role at Walkinshaw Andretti United until Lee Holdsworth arrived to partner Chaz Mostert and highly-rated Warren Luff was dropped back to anchor Bryce Fullwood.

Both drivers will run three races to satisfy their backers in season 2021, and get some vital track time ahead of the Bathurst 1000, although they will run different programs after The Bend as Kostecki heads to Perth and Randle packs his bags for Darwin.

Next year, Randle is odds-on for a continued Castrol Mustang drive if Tickford gets the REC to return to a four-car outfit, while Kostecki could slot in at Matt Stone Racing if he wins a REC bid.

For now, though, the focus is on the Wildcards and both youngsters ran successfully through a rookie test at The Bend.

“There’s no doubt he is a great young talent of the sport, so giving guys like him the opportunity to showcase their skills in the main game is not only pleasing for us as a team, but also crucial for the sport,” WAU team principal, Bruce Stewart said of Kostecki.

“The Bend and Darwin will be great events, but I’m equally excited to see Kurt race around in his backyard when we get to Perth.”

But there is another wildcard Wildcard, with Broc Feeney and Russell Ingall pairing-up for Mount Panorama as SuperCheap Auto mounts an ambush marketing campaign at the Repco-sponsored Bathurst 1000.

No-one is expecting the kid and the ancient racer to win the race, but Roland Dane said there are plenty of good reasons for Wildcard runners at Triple Eight Race Engineering.

“Wildcards can serve a purpose, in terms of drivers, support crew and engineers. It gives all those people a chance to improve their skills,” Dane told Race news.

For Ingall, who got a surprise call-up from retirement, the Wildcard is also a lifeline.

“To have another swing at it? How could you pass that up,” he said.

“You cannot miss the opportunity to go to one of the best racetracks in the world.”