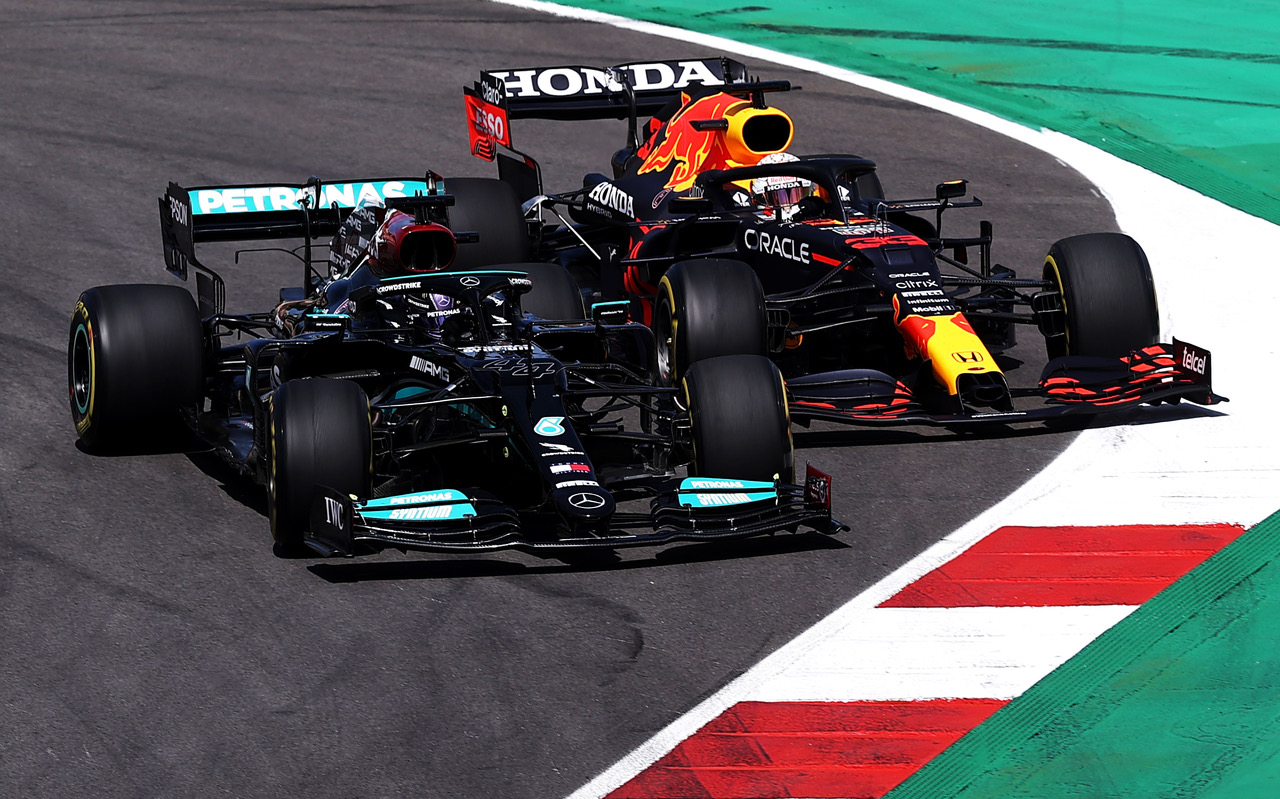 It’s taken just three races to confirm there are only two contenders for the 2021 Formula One world championship.

Valtteri Bottas now has less than half the points of his Mercedes team leader Lewis Hamilton and, despite starting on pole position, was never a threat for victory in the Portuguese Grand Prix.

The Finn was bounced by both of the championship contenders as Hamilton scored an emphatic win and Max Verstappen followed him home despite complaining about weather conditions that didn’t suit his flighty Red Bull racer.

“Having races like that is what I live for. I love the battle,” said Hamilton.

“We managed to finish ahead of one Mercedes, but it wasn’t quite good enough to get them both,” said Verstappen.

Daniel Ricciardo rose as high as fifth after a miserable qualifying effort that left him dangling in a lacklustre 16th and came home in a solid ninth but he was completely dominated by his McLaren team mate Lando Norris, who finished fourth.

“I was able to do what I set out to do and overtake some cars, have some battles and get rid of some anger from yesterday, so that was good,” says Ricciardo.

“Overall, I’m pretty optimistic with how the race went. I think there were moments of the race that were really positive. I definitely feel some things which are holding me back in terms of what I want to do with the car, and every time I try it, it doesn’t quite hold on.”

Sergio Perez was solid in fourth in the second Red Bull, continuing to justify his signing as Verstappen’s team mate, but he has yet to lift himself into contention for a race win.

So the focus in Portugal was on Hamilton-versus-Verstappen, Mercedes-versus-Red Bull, as the seven-time world champion dominated from the front after two aggressive passes. He missed the bonus point, which went to Bottas after a late stop for soft tyres, but otherwise he showed his class and commitment.

“That race was satisfying, when you’re in third and have to overtake two amazing drivers – amazing,” he said.

There was no satisfaction for Bottas, he sounds like he is already beaten.

“I think ultimately the main issue was the first stint – I was struggling for pace and I still don’t understand why,” he said.

Alpine sprang a surprise in Portugal with both cars in the points, Charles Leclerc still ahead of Fernando Alonso in his comeback season, while Ferrari under-performed with only Leclerc able to score points as both of the red cars ran long on hard-compound tyres.

But even as he was celebrating, Hamilton had one eye on the next race. It’s the Spanish Grand Prix at Barcelona, where teams will be effectively on home ground at their long-term test track.

“Every single point is going to count this year. I love the battle, I’ve loved it since my days in karting and as a team, we can’t leave any stone unturned – we’ve got to continue to push this car, squeeze everything out of it,” he said.

As he trails Hamilton, one win to two, Verstappen is looking for improvement in Spain.

“We scored good points here but I’m looking forward to Barcelona, a track that has more normal grip levels and where I have good memories. I think we will also see a clearer picture of how teams have been progressing,” said Verstappen.

And, at the track where he scored his first grand prix win, he also is hoping to get on top of Hamilton and Mercedes.

“It’s a long season ahead so a lot can happen.”

Shifting The Deck Chairs In TCR

The Bend Points To Supercars 2022

Marcos Ambrose will be back on Foxtel screens before the end of the year after a broadcasting debut that was described as “incredible” by...