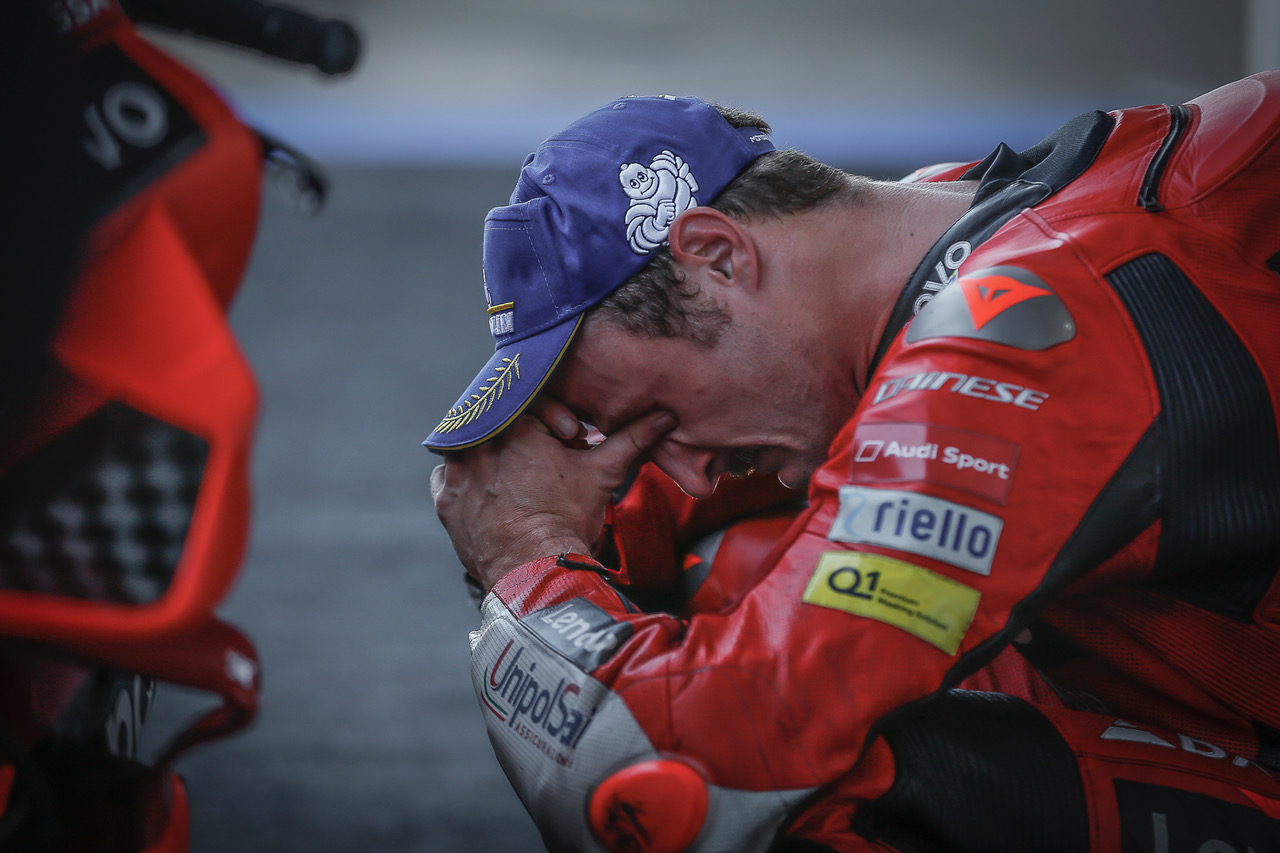 Jack Miller is a Ducati winner in MotoGP.

The speedy Aussie qualified on the front row in Spain and pressured Yamaha’s Fabio Quartararo in the early laps before romping away for his first MotoGP win in five years and his first victory as a factory Ducati rider.

He came home ahead of his Ducati team mate Francesco Bagnaia with Franco Morbidelli third on a Yamaha.

“Those last seven or eight laps were the longest of my career. It’s just indescribable what I’m felling right now, it’s a flood of emotions: happy, sad, everything,” Miller said.

Meanwhile, Remy Gardner was fourth in Spain and continued his drive towards the Moto2 world title.

MAWSON’S RETURN FROM EUROPE PAYS OFF

When single-seater racer Joey Mawson turned his back on Europe during the Pandemic to race S5000 open-wheelers at home in Australia he was taking a massive gamble.

But it has paid off with victory in the Australian Drivers Championship despite a tough run at Sydney Motorsport Park with Team BRM.

Mawson only needed to finish the final race to claim the coveted Gold Star but he ran wide at the opening corner and was lucky to edge out Thomas Randle over the short season as he ran home second-last.

“I had a heart-stopping moment in turn one and I’m very relived. For a while I thought it was going to be all over,” Mawson said.

A new era in Le Mans sports car racing began with a predictable Toyota win in the 6-Hours of Spa.

But the Japanese company’s new hypercar could not complete a lock-out and only managed a 1-3 result as the winning GR 010 Hybrid of Brendon Hartley, Sebastian Buemi, Kazuki Nakajima was followed home by an LMP2-class Alpine prototype.

Australia’s Matt Campbell came within 30 minutes of a class win in his Porsche 911 after a massive repair job following practice trouble, only to be stopped by an electrical failure.

The big blue beast has been developed through the 2021 season and finally showed the speed and reliability for victory as Johnson Jnr recorded his 45th TCM win but his first since the early part of 2019.

Another second-generation racer, Ryan Hansford, was the top scorer for the weekend in his Holden Torana and he has closed to within 10 points of the series leader, veteran John Bowe in another Torana.

Aaron Seton holds a narrow lead in the Trans-Am championship after a torrid weekend of racing against Nathan Herne and teenager Nash ‘Flash’ Morris at Sydney Motorsport Park.

There were three different winners as a massive 30-car field showed the support for Trans Am, with Owen Kelly grabbing the first trophy, then Herne and Seton in the final race of a busy weekend.

Morris is only 12th in the series, as he races a mix-and-match season in everything from Hyundai Excels to Super3, but proved he is now a serious threat to the Trans Am front-runners.

Promising IndyCar racer Robert Wickens, who was very badly injured in a crash in 2018, has returned to racing.

He is not competing yet but has turned track laps in a TCR-class Hyundai in the USA using hand controls because of the ongoing injuries to his lower body that followed paralysis from the crash.

Wickens is not the first IndyCar racer to return with hand controls, as Alex Zanardi made a successful sedan-car comeback after losing both of his legs in a horrendous IndyCar crash.

He is out of racing after a miserable final season with Williams, but Robert Kubica is still getting a kick out of F1.

Kubica is the official reserve driver for the Alfa Romeo team and will hit the track as the ‘Friday driver’ at the Spanish Grand Prix, taking over Kimi Raikkonen’s car for the session.

But that’s not all, as he will also driving the Alfa for two days of testing after the race and will be the first of the team’s drivers to try the 18-inch Pirelli racing rubber that is being introduced to F1 in 2022.