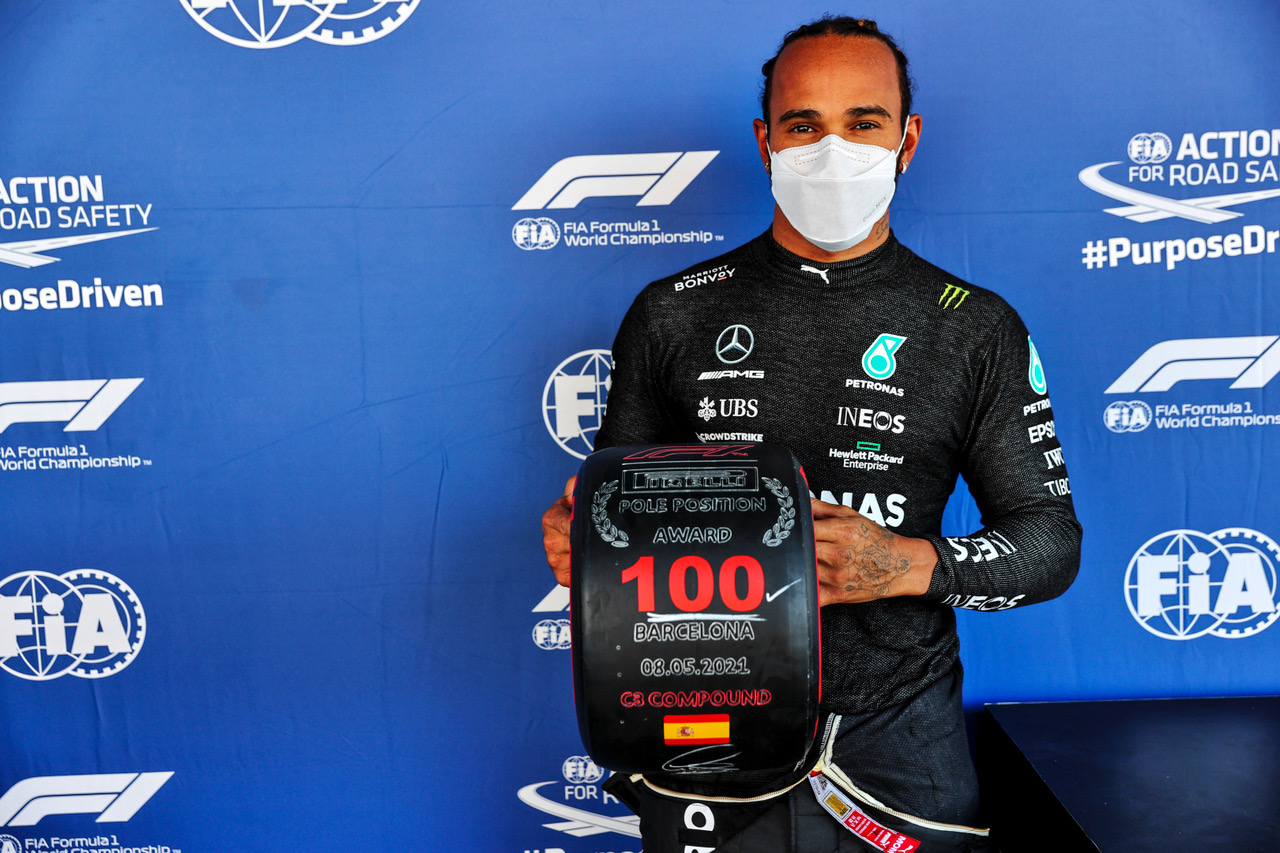 Based on qualifying for the Spanish Grand Prix, Lewis Hamilton will win the Formula One world championship of 2021.

As he sprinted to a record 100th pole position, and left Max Verstappen wondering what had happened, Hamilton proved he really is a cut above the rest of the grand prix crew.

He has had the best car and an easy-beat team mate for much of his run at Mercedes-Benz, but this year he has been forced to lift to another level by Verstappen and Red Bull Racing.

It’s already an epic battle, reminiscent of the days of Ayrton Senna against Alain Prost and a reminder that the world was robbed of the chance to see Michael Schumacher – the Verstappen of his early days – against Senna – think Hamilton – in the 1990s.

Hamilton didn’t have remotely the quickest car in qualifying in Spain, but he refused to concede and chipped away with class and commitment to emerge on top.

It will be the same in the rest of the races through season 2021 as he heads towards a record eighth world title.

In the first session of qualifying, Hamilton was P9 and Verstappen was running hot after clocking the quickest lap in the final free practice session.

Then, when it counted, he shocked everyone by using extra tweaks and maximum commitment to claim pole.

It was a Hamilton master class.

“I’m pleased with my lap with no mistakes and I feel like I extracted the most out of the car. It was very close, but it wasn’t quite enough and sometimes you have to accept that,” said Verstappen, who will start second.

“I was behind the whole way through qualifying and making small tweaks to find pace,” said Hamilton.

He would not talk about what he had done and shifted the focus to the rest of the Mercedes team as he celebrated his 100th pole.

“I just can’t believe we’re at 100 – it’s down to the women and men back at the factory who are continuously raising the bar and never giving up. It’s a dream to work with them, what a journey. I feel so humbled and very grateful for all their work. It feels just like my first! I’ll always remember that one.”

Behind the top two, Valtteri Bottas was a predictable third, but after that things were shaken and stirred.

Ferrari continued its return to form as Charles Leclerc grabbed fourth, but Esteban Ocon was a surprising fifth for Alpine, and Daniel Ricciardo found something special in his McLaren to snatch seventh and out-qualify his highly-rated team mate Lando Norris.

Sergio Perez, who had been looking like the tail-gunner Verstappen has needed since joining Red Bull this year, was never a threat and ran eighth as he blamed a shoulder problem.

The Spanish Grand Prix is shaping as a pivot point for the whole season.

If Hamilton wins, it will give him crucial momentum on a track where he has been dominant in recent years, but if Verstappen – and Red Bull – can flip the starting order into a win then it will prove they have the faster car and their young charger only has to execute the game plan.

But no-one should ignore the words on the back of Hamilton’s helmet – Still I Rise.