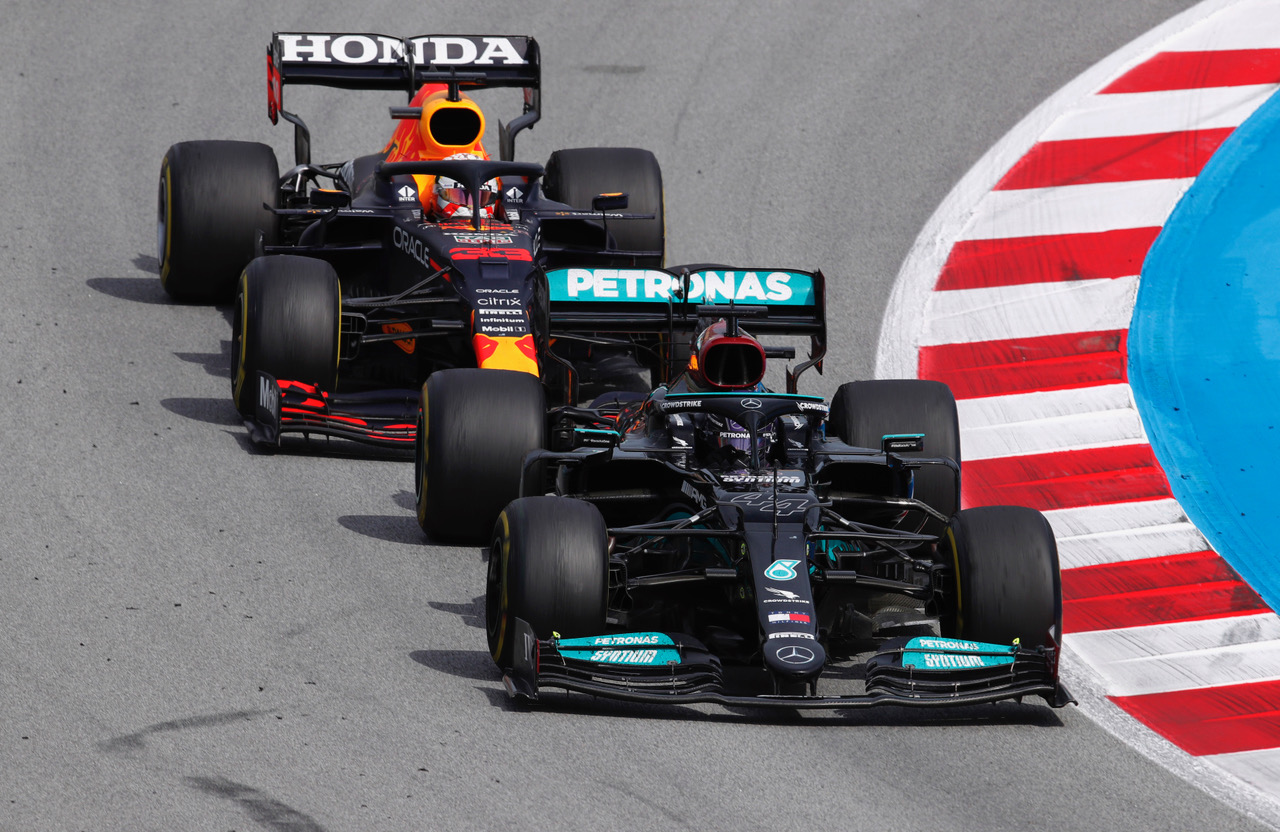 Max Verstappen tried everything, including running his race rival out of road at the first turn, but there was no way he could stop Lewis Hamilton winning the Spanish Grand Prix.

Mercedes has been the dominant force at Barcelona throughout the hybrid era in Formula One and it was the same again this time as Hamilton and Valtteri Bottas completed a predictable 1-3 result.

But it was not that simple.

Verstappen muscled into the lead with his Red Bull racer and Bottas had to be moved out of the way by the Benz team before Hamilton could complete his 98th career win after claiming a landmark 100th pole position in qualifying.

“I tried everything I could today. They were just faster than us,” said Verstappen.

“I took the lead at Turn 1 but from there we were just lacking a bit of pace to Mercedes. I was able to at least keep second place and take fastest lap. Now we need to look at why they seem to have jumped ahead a bit in terms of race pace.”

The smartest thing Hamilton did in Spain was to left when Verstappen barged alongside at the start, avoiding a collision and ensuring he was able to fight at the back end of the race. It was a sign of his new maturity in a battle against a rival who is his equal on speed but still has youthful rough edges.

“It was really close off the start. I then went hunting,” said Hamilton.

Two of the top drivers had to recover from sub-par efforts in qualifying, Bottas and Sergio Perez, who only got back to fifth in the second of the Bulls.

“This isn’t an easy track to overtake on, which made for a tough race. I knew what I had to do, I pushed on and managed to make it work,” Perez said.

“I’m getting more confident with the car now and every time I get to the end of a weekend I think ‘I wish the weekend was just starting now’.”

The recent speed of Ferrari was reflected in fourth for Charles Leclerc and seventh for Carlos Sainz.

“From the cockpit you can feel when you do a good job and that was the case today,” said Leclerc.

“As a team, we did a really good job, everything went perfectly. We see that we have made a lot of progress compared to last year and this is credit to everyone working so hard back at our factory in Maranello.”

For Daniel Ricciardo, who has been suffering in comparisons with his mercurial young team mate Lando Norris, Spain showed an upswing in his ability to get the best from his McLaren.

“The best weekend so far as a whole and I felt like I got the maximum out of the car today,” he says.

We jumped a few spots at the start and I think naturally those cars were a little quicker, which left me defending. I was defending the whole time. The team made some good calls for the pitstops and I think top-six was the best result possible.”

But Bottas was not happy after being asked to move aside by the team to help Hamilton.

“I’m not here to let people by, I’m here to race. I definitely could have let him by earlier,” says Bottas.

After showing speed in qualifying, the Alpine team was outpaced in the race and Esteban Ocon could only manage ninth place from fifth on the grid, while Fernando Alonso’s 10th in qualifying only translated to 17th at the flag after a late stop to replace his worn Pirelli tyres.