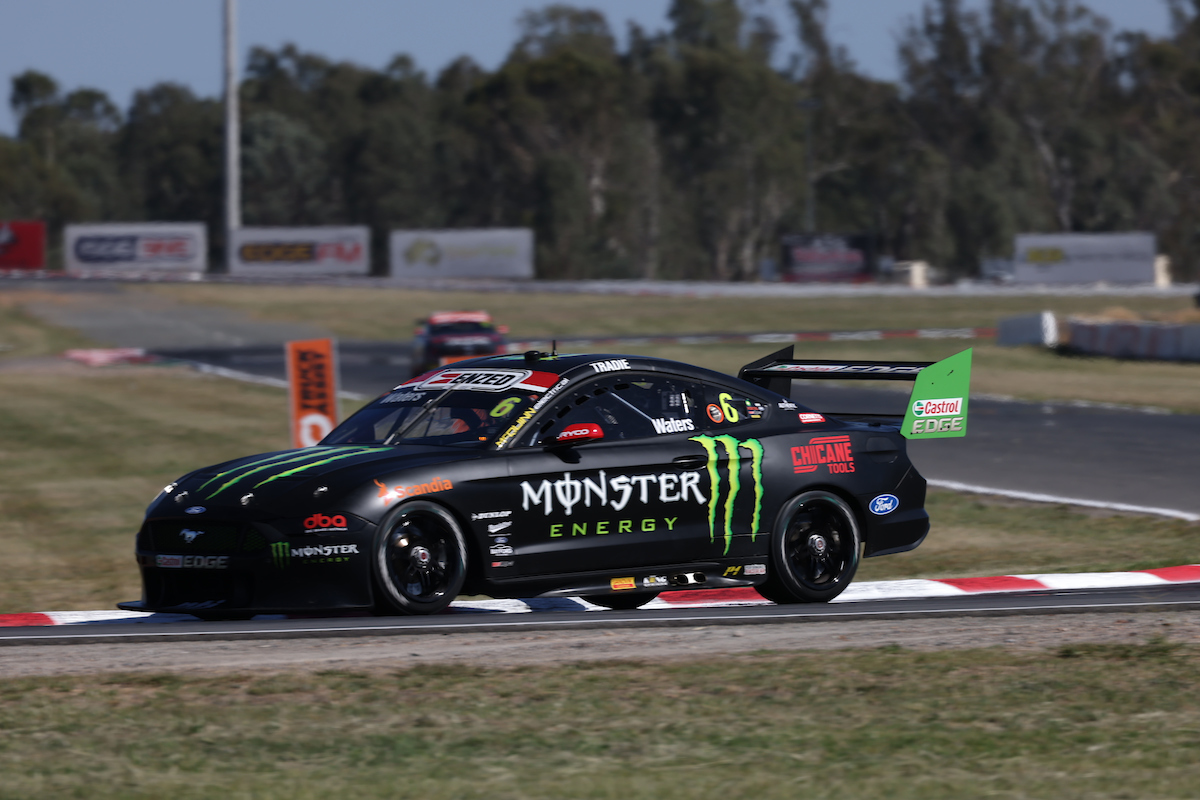 A chase for pace is dominating the thinking and planning at Tickford Racing as it prepares for its only genuine in-season test day of season 2021.

The search for speed comes after Cam Waters finally broke through for his first win of the year at The Bend and with Winton, Tickford’s test track, coming up next.

All southern Supercars squads are expected to test at Winton on Tuesday, although the date could change if Victoria’s winter weather turns sour.

At Tickford, team boss Tim Edwards is tight-lipped about exactly what will be happening at Winton.

Will there be new parts on the cars?

Pushed for more detail, he was a little more helpful.

“We’ve got quite an exhaustive test lest. And that’s made up of all sorts of things. You never stop learning.

“You can never test at a race meeting because you only have a couple of 30-minute sessions, and it might take two hours to make a big change. So you have to bide your time. And test when you can.”

Edwards said the break-up of the three allocated Supercars test days usually ran to a pre-season run to refresh the drivers and a pre-Bathurst hit-out to get co-drivers comfortable and quick, as well as practising driver changes, refuelling and brake swaps.

“So, in theorey, it is our one real test day for the year. We won’t waste it,” he said.

“We’re taking all three cars, and our Super2 car will be there as well. It’s a test day for Zac Best and remember that Winton is a Super2 round.”

But it’s clear that all three Ford Mustangs and their main-game drivers, as well as Best, will have a full day. Enduro co-drivers Thomas Randle, who will partner James Courtney, and James Moffat, set for Jack Le Brocq’s car, will also get a run.

“You always try to give the co-drivers a run in the car, but it’s not their day.”

The only absentee is Waters’ intended Bathurst 1000 co-driver, Alex Premat, who missed last year’s Mount Panorama classic and is still not fully confirmed for October because he lives in Las Vegas and will need an entry permit for the race.

“I have high hopes. You can’t apply for your Covid exemption until two months out. We’re seen plenty of other athletes from other sports enter the country,” said Edwards.

Edwards will lead the Tickford squad at Winton but admits that even he will need a debriefing on the outcome.

All Supercars squads are chasing tiny improvements in the final days before the arrival of the Gen3 cars for 2022, but Edwards denies that development is coming to an end.

“If you told me we had to race this car fo another two years we’d charge on. But we’re looking for such small amounts. You’ve got multiple cars separated by thousandths of a second.

“So we’re looking for tenths and hundredths and tyre longevity. A whole host of things.

“There are such small margins now that we’re not looking for the one-percenters, but the 0.001 percenters. If we find one or two horsepower on the dyne you would think we had struck gold.”