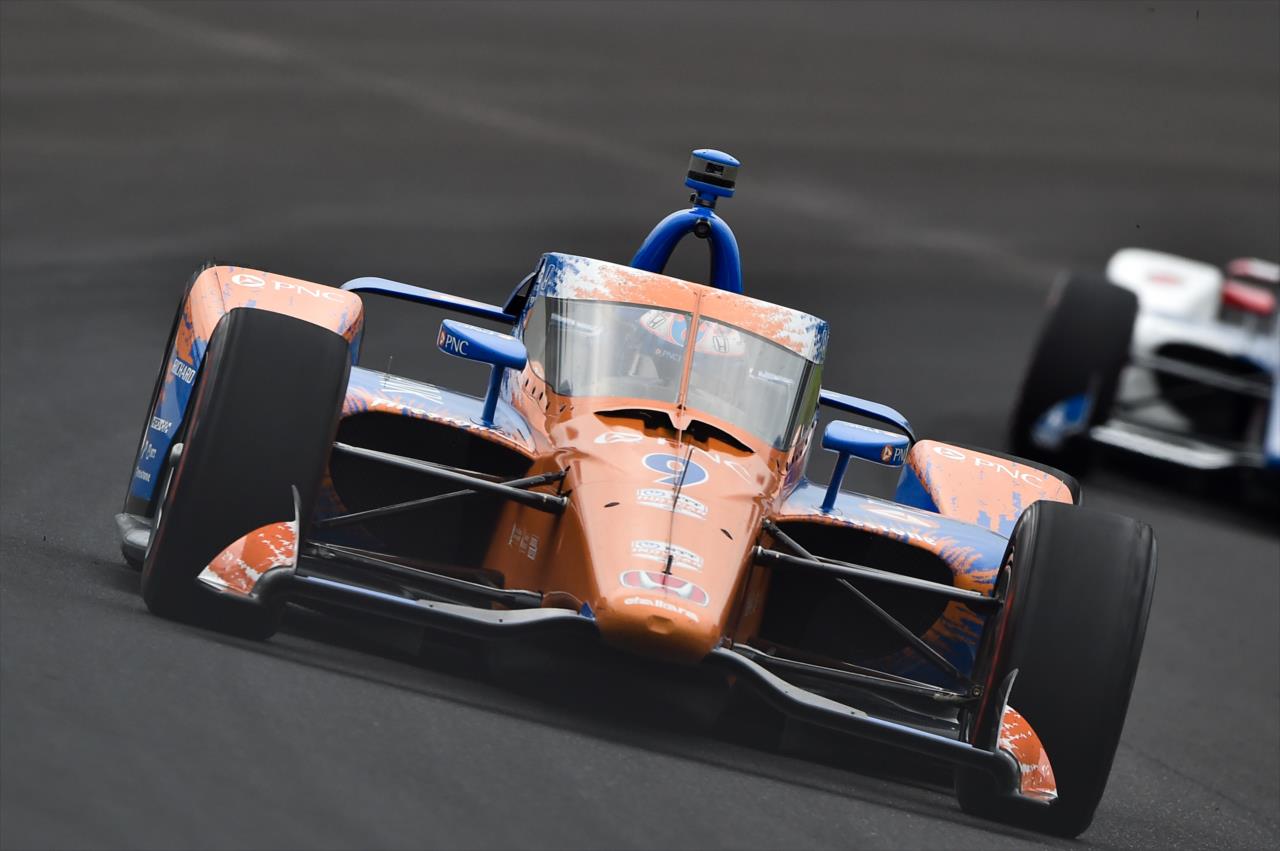 Scott Dixon and Will Power topped the charts at Indy on the final day of practice before teams turn up the turbo boost ahead of qualifying.

Scott McLaughlin was back in the pack, only timing 23rd, as his up-and-down preparation for his first Indianapolis 500 continued to run into minor problems.

“Not a bad day here. Wasn’t our quickest day, but wasn’t our worst,” McLaughlin reported.

“Overall, felt pretty strong. Race trim and qualifying. I think we’re in a good spot but who knows? I think it’s the strongest day that we’ve had.”

Indy teams are now preparing for Fast Friday, when they switch focus to flat-out qualifying set-ups for the four-lap time trials that will set the 33-car grid and eliminate two of the cars that have practiced through the week.

“We’ll have a lot more horsepower tomorrow, probably 100 horsepower, so see how that goes,” said Power.

“A couple of days of intensity, you could say, when you’ve got to put four laps together right on the limit around this place.”