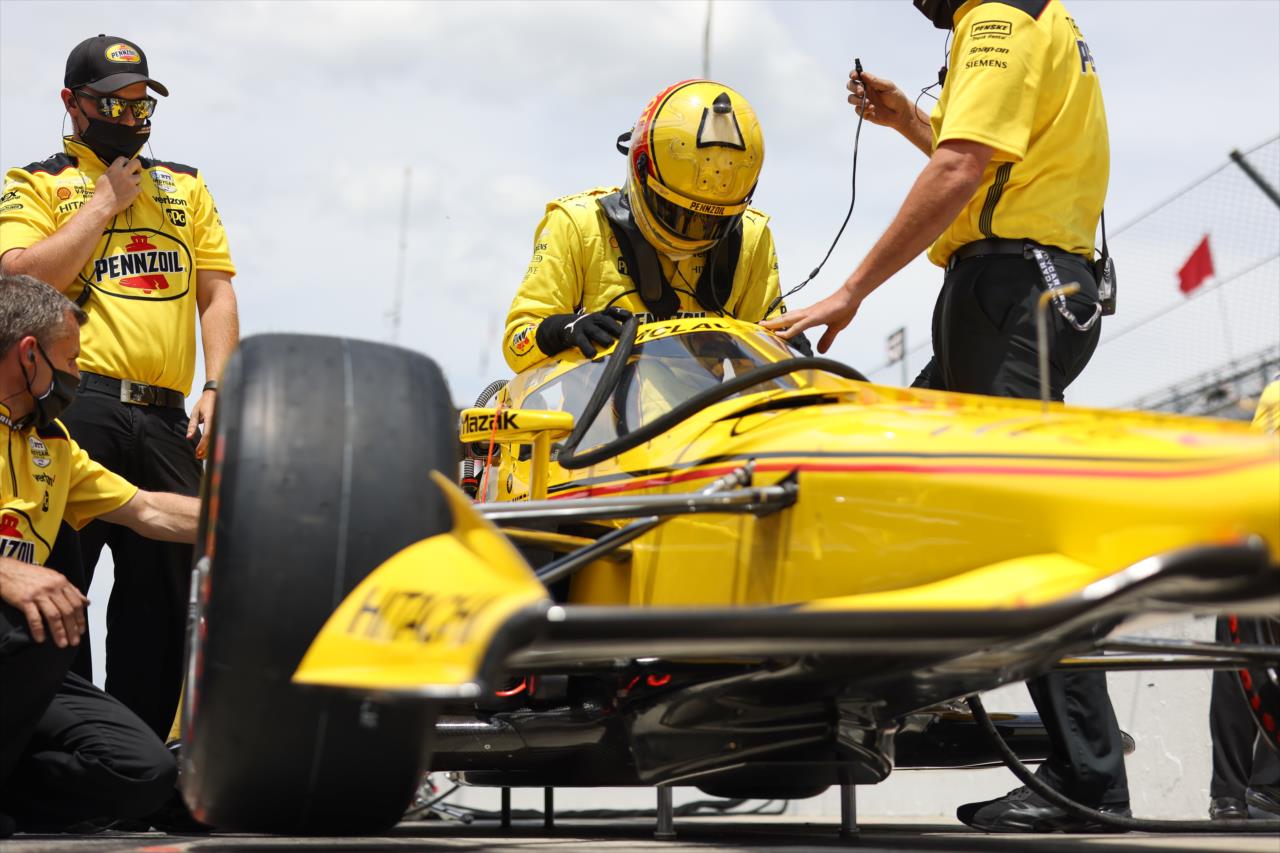 No-one expected Scott McLaughlin to star in his rookie run at the Indianapolis 500 but he did the job in qualifying and will line up 17th for America’s most famous race.

It’s not a great result against the overpowering pole position scored by his fellow Kiwi Scott Dixon, but it’s better than anyone else from the troubled Team Penske squad could do as Josef Newgarden only managed 21st and Simon Pagenaud time-trialled 26th over the four-lap benchmark.

Will Power? The former Indy 500 winner and IndyCar champion failed to qualify and faces a last-gasp battle on the final day of qualifying that would, at best, leave him 31st in the 33-car field.

“I think we have the speed to be in the field,” said a disappointed Power.

“Bummed not to run again this afternoon as I think we had potential to be further up. Looking forward to race day next week.”

Power is joined on the outside by former Supercars driver Simona de Silvestro, who will face him in the five-way fight for three open starting slots.

“It’s not the position you want to be in to be honest because it’s pretty nerve-racking and you’re going out there really just trying to throw everything at it,” said De Silvestro.

At the front of the field, Dixon continued his benchmark performance from Fast Friday to claim pole at 231.828 miles-an-hour (373.0910km/h) for Chip Ganassi and Honda. The two other cars on the front row are also Honda powered, as youngster Colton Herta was second and veteran Tony Kanaan took third as the substitute for NASCAR legend and IndyCar rookie Jimmie Johnson.

Dixon was first onto The Brickyard but did the job as he ran flat-out for 2 minutes 35.2874 seconds.

“You forget how stressful this is. It’s the first time I’ve ever gone first. It’s pretty interesting,” he said.

“It was a fairly smooth run. I made a mistake on Lap 2, which probably cost us a tenth or two from the average.”