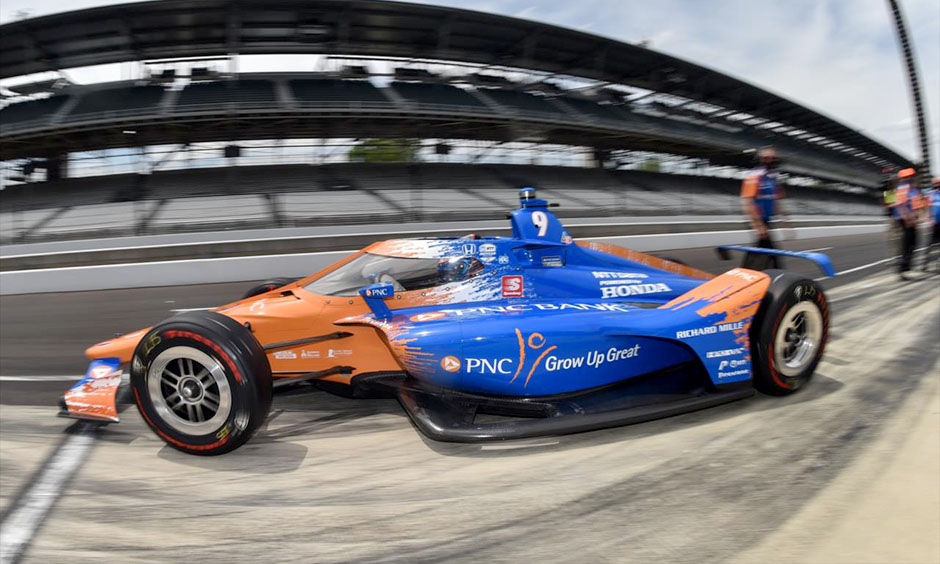 Scott Dixon has done it once and now he has to to it again to give himself pole position for the Indianapolis 500.

The quick Kiwi has been fast throughout the month of may at The Brickyard and set the pace on qualifying day for the 500.

But now, with the Fast Nine shoot-out set to decide the first three rows of the 33-car, he must convert a promising provision Pole into the real thing.

He led all four cars from Chip Ganassi Racing into the shoot-out as Honda-powered cars took the top three slots and seven of the Fastest Nine places. Surprisingly, since motorsport at elite levels has become a young person’s sport, five of the nine contenders are aged in the 40s.

Dixon is the favourite but, even so, the differences at Indy are tiny and Dixon’s margin over Marcus Ericsson in ninth was just 0.4865 seconds, over four laps of the 4-kilometre course.

And there is someone with an even bigger challenge, as former winner Will Power tries to race into the field – with a potential best starting spot of 30th – after a miserable build-up for Team Penske.

“We gave it our best shot. I think if we do a conservative run tomorrow we should be ok,” said Power.

“Definitely nerve wracking. If something goes wrong you’re out.

There is always tension at Indy as Dixon and veteran Tony Kanaan, who is substituting at Ganassi for NASCAR legend Jimmy Johnson, revealed.

“T.K. and I were actually getting changed before we came out to qualifying. He’s like, ‘Hey, man, do you still get nervous?’ I’m like, dude, I’m really nervous,” said Dixon.

“I couldn’t put my socks on,” said Kanaan.

“I was shaking to put my socks on. It’s a big deal, right. You’re rolling out, the first time you go into turn one at 240 miles-an-hour, you’re hoping you’re going to come out the other side in one piece,” Dixon replied.

The Fast Nine come on Saturday in the USA, after another practice session, with drivers running in reverse order to their qualifying times, which means Dixon will go last and attempt to repeat his sweep in 2008, when he won the 500 from pole position.

The Fast Nine drivers after qualifying are: