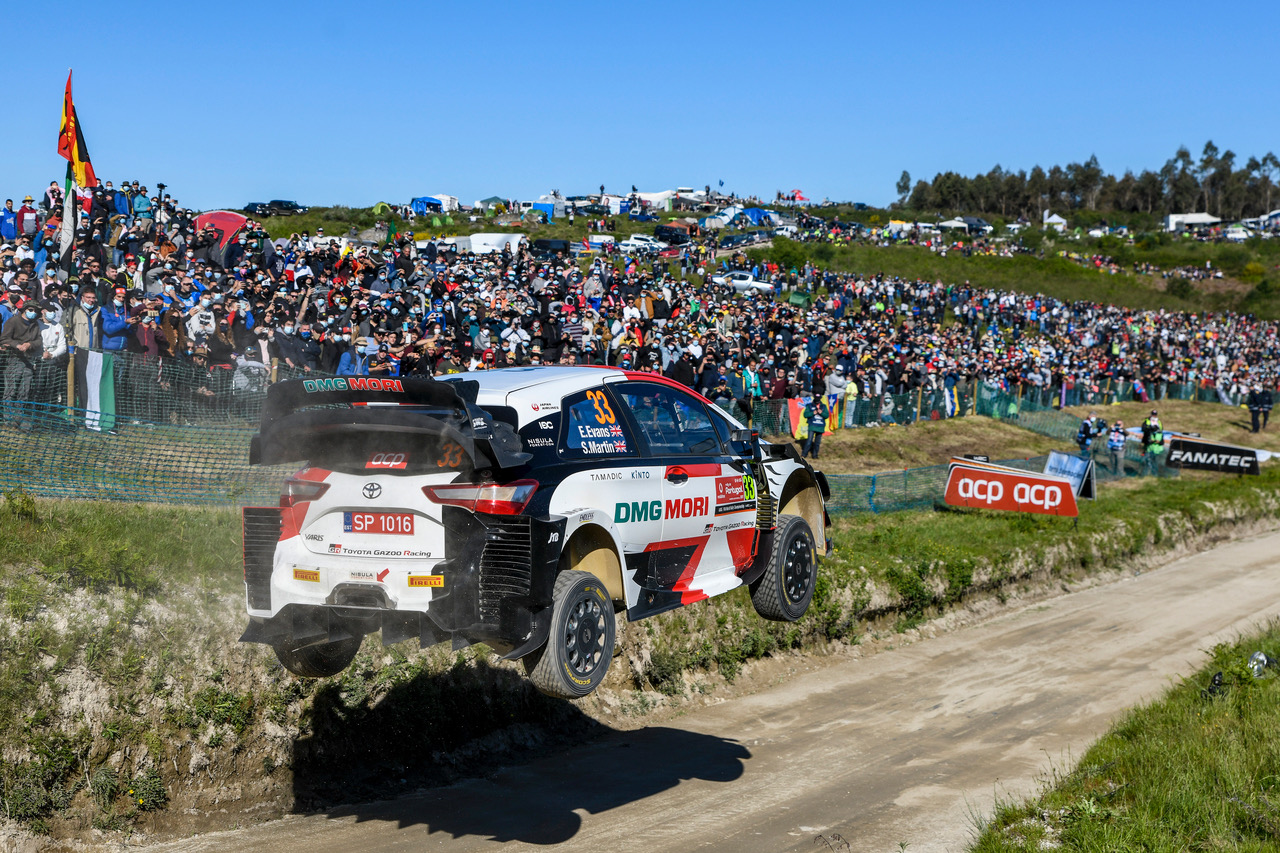 Evans, the Welshman who was a heartbroken runner-up in last year’s title fight, drove quickly and consistently in Rally Portugal – although he still flew over the famous jump at Fafe – to finish ahead of Dani Sordo in a Hyundai i20 WRC and his Toyota team mate Sebastian Ogier.

It’s Ogier who leads the series after the first gravel event of the season, thanks to two earlier wins with his Yaris WRC, as he competes in his final full-time season in the WRC.

A solid field of 18 cars will race for Super3 honours when the second round of the Supercars feeder series is run at Winton.

It’s the biggest field since 2019 and is book-ended by young gun Elly Morrow with Brad Jones Racing in a Commodore and veteran Chris Smerdon, who will make his 49th Super3 start in his Ford Falcon.

The championship is effectively being re-set at Winton as the first winner of 2021, Jon McCorkingdale, has already moved up to Super2.

Prince William, the Duke of Cambridge, has thrown his support behind the Extreme E electric off-road series and also taken a turn at the wheel.

He drove one of the battery-powered buggies in Scotland ahead of a climate change conference.

His fun run came as former world champion Jenson Button stepped out of the driving seat with his JBXE team buggy in favour of rallycross race winner Timmy Hansen.

Older brother Harry and co-driver John McCarthy scored twin wins and a sweep of the special stages as Lewis and Anthony McLoughlin followed him home on both days.

Molly Taylor was third on the first day as she returned to local rallying in a Subaru WRX, but holed the radiator on the second as Aaron Windus completed the podium with his Subaru.

Supercars regulars Alex Davison and Kim Jones were among the stars at the 44th annual Winton Historic Festival meeting.

The pair, one a driver and the other a retired team boss, faced each other in three races for historic single-seaters as Jones drove his own March and Davison jumped into the Ralt that his father Richard has owned since new.

Davison missed qualifying but recovered for a pair of wins, while Jones bagged a third and a fifth after losing a potential second spot in the weekend opener when he spun on the final lap.

Former Carrera Cup Australia winner Jaxon Evans made a strong start to his Porsche Supercup season with second on the streets of Monte Carlo.

Racing as a Porsche Junior, he was only beaten by the experienced Dutch driver Larry ten Voorde.

The Supercup is one of the headline acts at Formula One grands prix and the next two rounds of the series will be race at the Red Bull Ring in Austria.