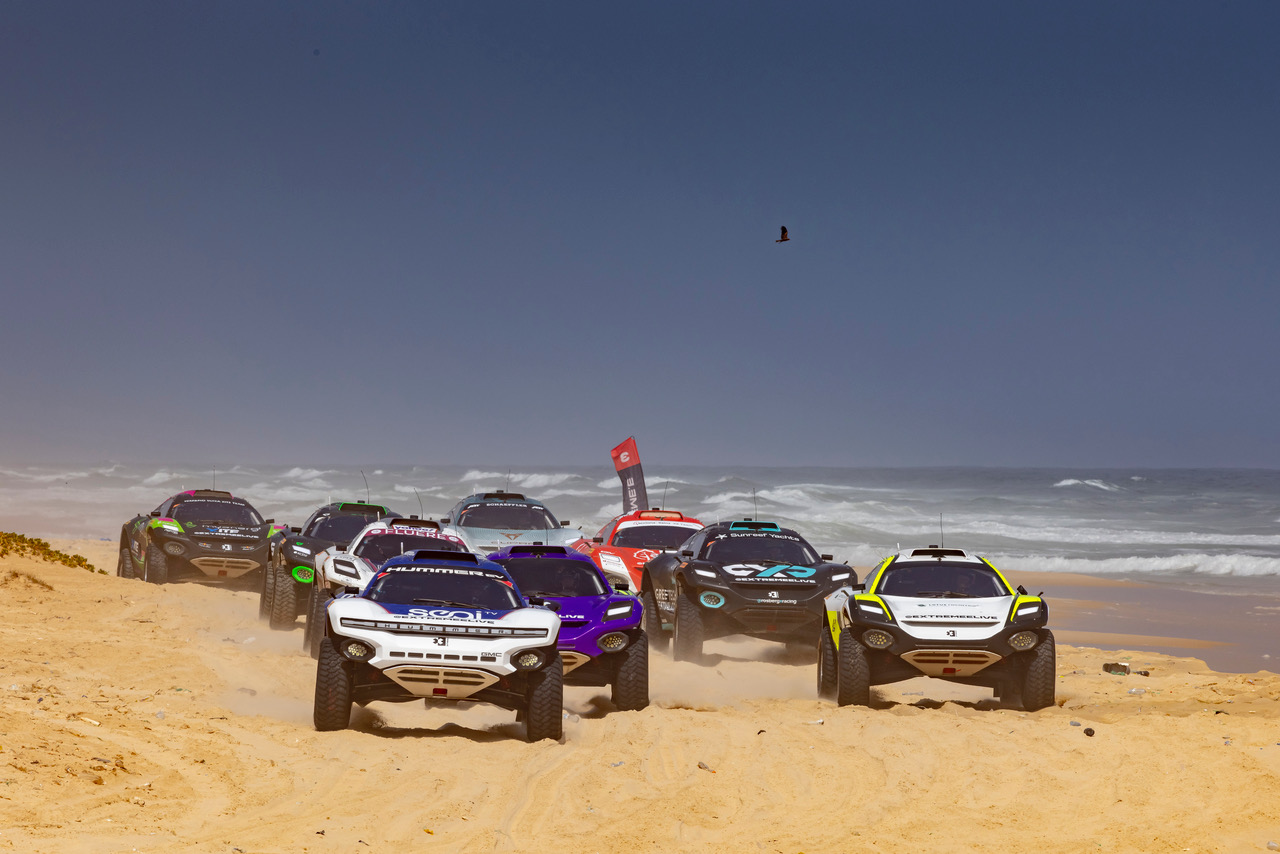 LAC ROSE, SENEGAL - MAY 28: Extreme E teams on the beach in Senegal during the Ocean X-Prix at Lac Rose on May 28, 2021 in Lac Rose, Senegal. (Photo by Colin McMaster)

Last-start winner Molly Taylor faces a new challenge on the beach as the Extreme E series continues at Senegal in Africa.

It’s not just about winning again with Johan Kristoffersson in Nico Rosberg’s team, but also helping to spread the environmental message that is part of the package for the electric off-road championship.

“As part of the Extreme E Legacy Program, we joined Oceanum to support their target of planting 1 million mangroves here in Senegal,” said Taylor.

“These mangroves are a crucial part of the local ecosystem, ensuring optimal biodiversity, providing protection and playing an important role in carbon capture. They are important for both environmental sustainability and the local economy – helping both work together in harmony.”

Taylor is banking the travel points and racking up time in quarantine but, after jetting out of Australia immediately after a solid run at the front of the latest leg of the Australian Rally Championship in Queensland, she now faces more than six months in Europe with Extreme E.

After the opening event in Saudi Arabia, she is in Senegal and then moves on to Greenland, Brazil and Argentina.

The pre-event testing in Senegal was solid for ‘Molly Rally’ as her team mate reported.

“Shakedown was good for us. The course is very different to the one in Saudi, but all went OK – we had no issues,” said Kristoffersson.

“Everything resets when you get into a new weekend, so we have to start from zero again and try to do our best here in Senegal.

“I think we’re going to see much closer racing this weekend. There’s much less dust here so it’s easier to follow the car in front so there will definitely be more possibilities for going wheel-to-wheel.

“I’m looking forward to that and hopefully we will get into the final and be able to race against three other cars which will be exciting. This course opens up a lot more options for overtaking so there may not be as many ‘obvious’ moves like I did in Saudi.”