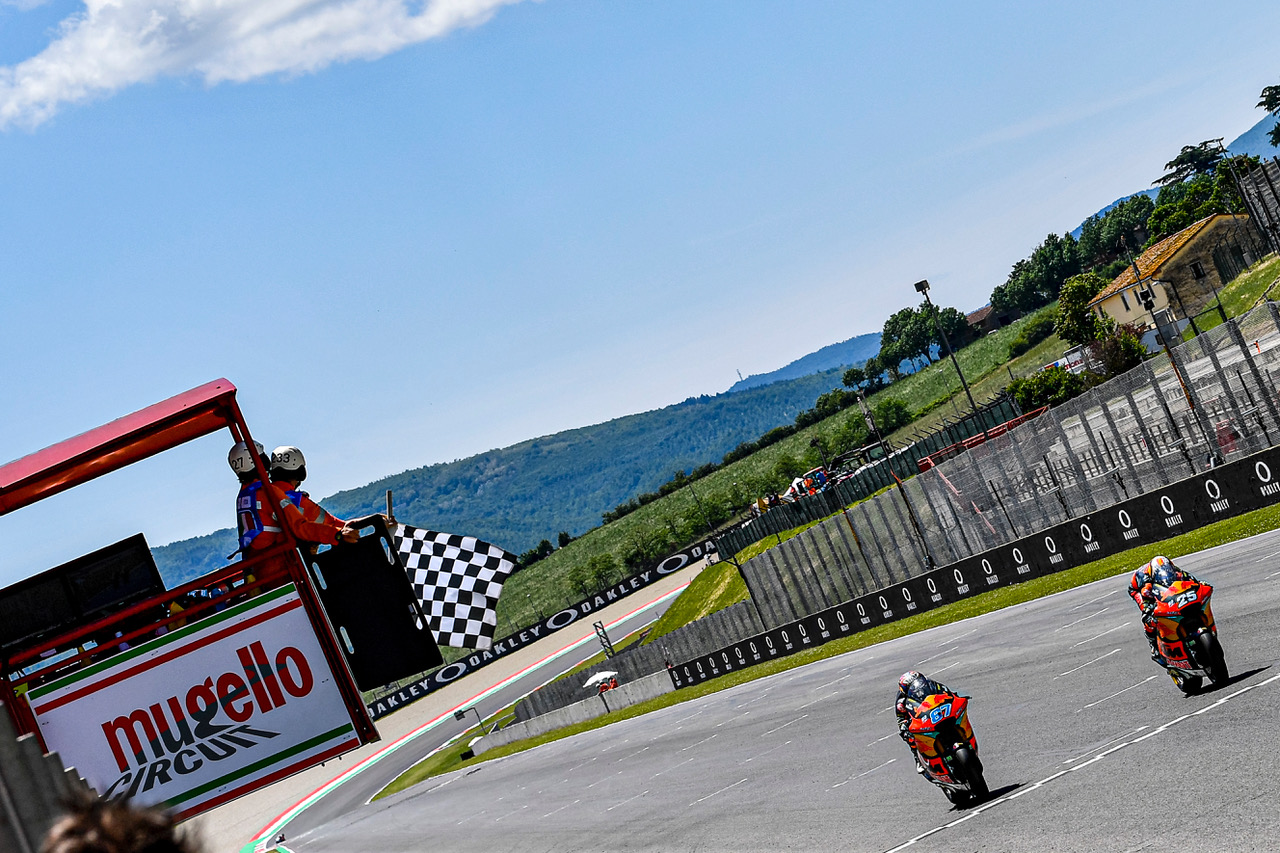 Remy Gardner rode like a champion to win Moto2 at the Italian Grand Prix.

He has always had speed, but the second-generation racer was also crafty and mature as he snatched the lead on the very last lap at the Mugello circuit and left no time for his KTM team-mate Raul Fernandez to re-take the top spot.

Gardner hit the line just 0.014 seconds ahead of Fernandez to extend his lead in the Moto2 standings to six points after six races.

The other Aussie in Italy, Jack ’Thriller’ Miller, had a much tougher day and was only sixth after qualifying fifth with his Ducati. But it was still his best result at Mugello, which has been his bogey circuit from his earliest days on the world championship circuit.

The MotoGP feature was won by Fabio Quartararo, who qualified quickest with his Yamaha and, as Marc Marquez still struggles for fitness and his rivals struggle for consistency, is looking more and more like this year’s world champion.

It’s a similar story for Gardner, who races with number 87 to celebrate his father Wayne’s world title win in what was then the 500cc championship in 1987.

“I cannot believe it. I’m lost for words,” Gardner said after his win.

But he showed he is growing into a benchmark rider, ahead of his graduation to the senior MotoGP ranks next year, as he talked through the race.

“It was a little bit strange on my front end. I had many moments. I kinda changed my riding style halfway through the race,” he said.

“I was also managing the fitness. Trying to keep calm at the beginning and strike in the last few laps.”

After falling more than two seconds behind Fernandez he advanced steadily and stealthily until he pounced on the final lap, pushing past his team mate as the pair narrowly avoided a collision.

It was his first win of the year, on a weekend when the whole MotoGP paddock – including visiting Aussie superstars Mick Doohan and Mark Webber – was rocked and saddened by the death of 19-year old Swiss Moto3 racer Jason Dupasquier.