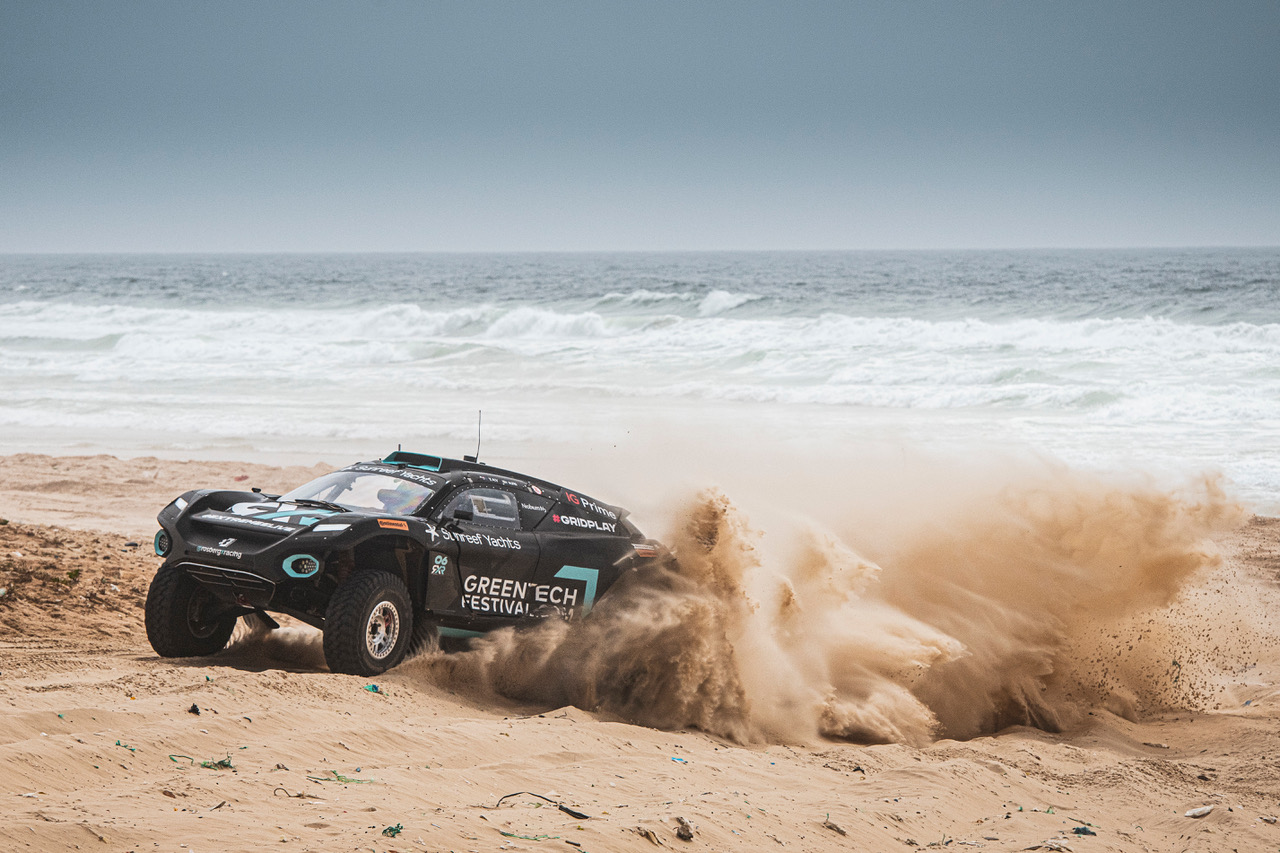 MOLLY DOES IT AGAIN

The second race of the Extreme E electric off-road series saw another win for Molly Taylor and Johan Kristoffersson in Nico Rosberg’s team.

As the electric off-road series moved from its inaugural event in Saudi Arabia to a beachside location at Dakar, in Senegal in Africa, Molly Rally and Kristoffersson were the pace-setters from the start and converted to keep their perfect record in Extreme E.

“Coming here, it felt like we had a lot of work to do over the weekend, and it certainly didn’t come easy, but with every session we just kept our heads down and just saw where we needed to improve, and everything totally paid off in the end,” Taylor said.

“it was all about trying to get the track position – I really just tried to get that established as early as I could and then hold onto it.”

The next leg of the Extreme E series, which is also working to highlight climate change, will be in Greenland.

Oscar Piastri continued his push towards Formula One when he tested an Alpine grand prix car at Silverstone in Britain.

It was his second time in a grand prix car and he ran alongside his Alpine Academy rival and fellow FIA Formula 2 racer Guanyu Zhou.

The pair drove a 2018-specification hybrid car over 86 laps on a damp track.

“There are not many better combinations than driving an F1 car fast around Silverstone. It was a little bit wet in the morning, but we completed a lot of laps in the afternoon with a few qualifying and race simulations thrown in there too. Hopefully, it’s the first of many experiences here driving an F1 car at Silverstone,” said Piastri.

A six-round series will be raced in 2021-2022 for a new Australian Drag Racing Championship.

It does not include the ground-pounding Top Fuel dragsters but will feature Top Doorslammer and Top Fuel Motorcycle as ANDRA launches a championship which will award it’s coveted ’Christmas Tree’ trophies. Each event will also be paired with events in the Sportsman Series championship.

ANDRA said the decision to launch the new series – which will be raced in four states at five venues – follows consultation with members and tracks.

The series will open with a double-header in Darwin at Hidden Valley in July, followed by meetings at Alice Springs, Adelaide, Perth and Melbourne.

Scott McLaughlin went all-in for the Indy 500, choosing full-fat when asked for his milk preference if he was to win the race.

Race winner Helio Castroneves went for low-fat, the same as Ed Carpenter, for the traditional celebration sponsored by the American Dairy Association Indiana.

There were three official choices – whole milk, skim and what Americans call two per cent – but Juan Pablo Montoya’s preference was for chocolate milk.

Victory in the next round of the World Rally Championship, at Sardinia, is not enough for Hyundai.

The South Korean carmaker already has its sights set on success in the WRC of 2022 and beyond, when new regulations will come into effect.

The upcoming Rally1 rules will include hybridisation for the first time and Hyundai has been testing its new contender on tortuous gravel tracks in France.

The new Rally1 car is still based on the i20 N road car but is a massive leap forward from the car which has won in Sardinia in four of the past five years.