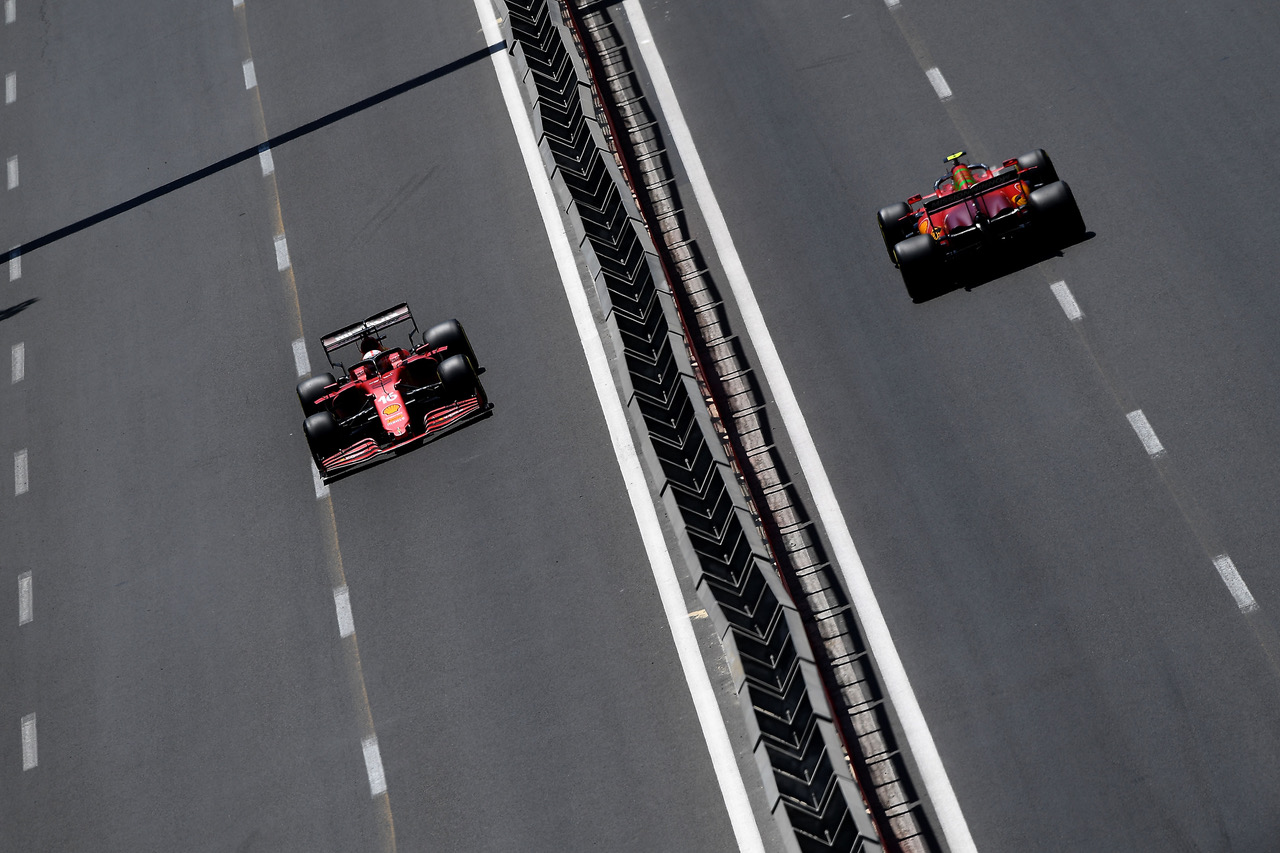 Ferrari star Charles Leclerc will start from the front in Azerbaijan after a torrid grand prix qualifying session that produced only one winner from the could-have, would haveand should have contenders.

In a total reversal from Monaco, where it was Leclerc who crashed after qualifying quickest but never got to start after damaging his car’s gearbox, he is set for a stormer in Baku.

But Aussie Dan Ricciardo was one of a group of drivers who failed to fire and found the fence. He will line up 13th as his McLaren team mate Lando Norris launches from sixth.

“Just tried to get a little more out of it in braking. It’s a fine line around here. It’s tricky. Move on for tomorrow, come back and fight,” said a disappointed Ricciardo.

“Taking the next step again. It’s still tricky, but I’m trying to figure it out. But obviously it can still catch me out.”

There was no disappointment or regret for Leclerc.

“ The session was stopped by the red flag. But it’s pole anyway, so I am very happy with that,” he said.

Verstappen was most disappointed, as he and Sergio Perez had stormed through the lead-up to qualifying with Red Bull.

“Of course I’m not that happy, as I was very confident we could fight for pole here. Qualifying was pretty scrappy with all the red flags and the one at the end of Q3 stopped us all improving,” he said.

But Pierre Gasly, a storming fourth for the grid, was pumped.

“We definitely weren’t expecting that, and this is such a monumental result for us because we’ve been struggling like you couldn’t believe all weekend,” Gasly said.

“We kept our composure and continued to have difficult conversations in the background, challenging one another and just never taking ‘no’ for an answer.”

But the biggest surprise was Lewis Hamilton, who had battled through practice and someone managed P2 as his team mate Valtteri Bottas languished in 10th.

“Given the difficult circumstances, I’m just overwhelmed and really happy to get that lap in,” said Hamilton.

“ Today was the biggest jump we’ve been able to make between FP3 and Qualifying. We discovered something at the end of FP3 and we continued to push in that direction. It’s been so difficult and there was so much work back at the factory overnight and today – I hope everyone’s happy but we’ve still got a job to do tomorrow.”

Looking to the race, with the giant straight at Baku and the advantage of the Drag Reduction System, no-one is sure of anything.

Leclerc is not confident, Verstappen is poised, and Hamilton is hopeful.

“Our race pace is not as strong as that of our competitors ahead of us in the championship, so I believe it will be very difficult to keep them behind in the race,” said Leclerc.

“The straights are very long here, and it is easy to overtake. We will give everything, and hopefully we can have another positive surprise tomorrow.”

“Our race pace is a lot better than our single-lap pace, we’re miles off on a single lap and a lot closer in race pace. We don’t understand why, but I’d like to think we can take the fight to the other teams tomorrow,” said Hamilton.

“We know we have a good car so it’s still all to play for and we can fight,” said Verstappen.

“Let’s hope we can have a clean start and then put the pressure on. With three different teams at the front it should also be a pretty interesting race, strategy-wise, as well and it is also about keeping your tyres alive.”