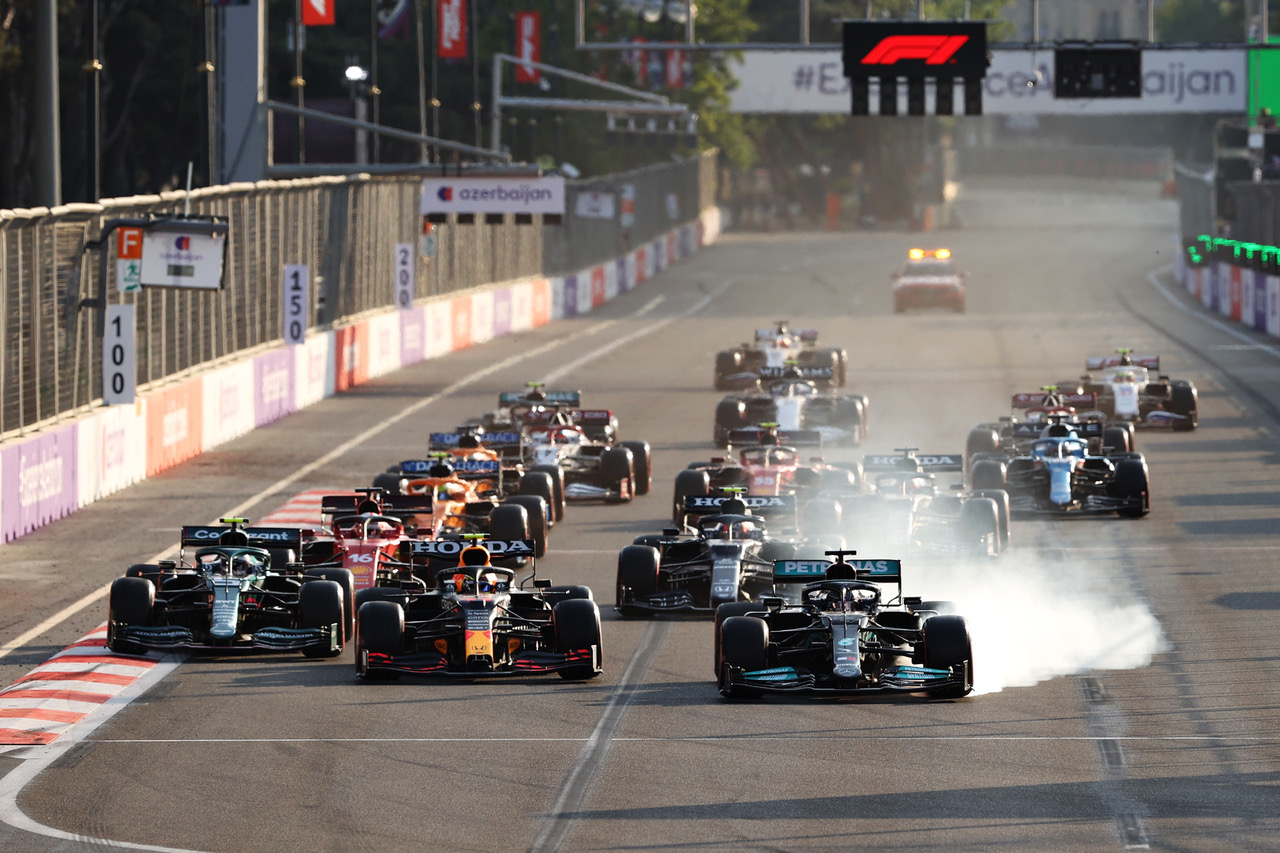 A race that was expected to be another slug-fest between championship leaders Max Verstappen and Lewis Hamilton was upended by late dramas that meant neither driver added to their 2021 points.

Verstappen was eliminated by a scary 300km/h smack into the concrete walls of Baku after a rear Pirelli exploded while Hamilton out-braked himself on the re-start and was only 15th at the flag.

So Perez, rescued from F1 oblivion as Red Bull searched for a worthwhile team mate for Verstappen, stepped onto the top of the podium to prove his value to The Bulls in a tough tussle at the top of the title.

“What a rollercoaster! I think we have been through every single emotion today,” said Red Bull team boss, Christian Horner.

He also revealed that Perez had been suffering from hydraulic problems in the final laps, the reason why his team directed him to park his car immediately after the finish.

“We love Baku. It feels amazing to get my first win with Red Bull,” said Perez, who is now a solid third in the point-score.

“Of course I am frustrated from my side not to win, but I was very happy to see Checo up there. He did everything that the team could have wanted today,” said Verstappen.

For Vettel, dumped by Ferrari and then rescued by Lawrence Stroll to lead the born-again Aston Martin team – at the expense of Perez – second place was as good as a win.

“I am over the moon and P2 means a great deal to all of us. I felt good in the car, and combined with on-track events and strategy, we were able to get a really special result,” says Vettel.

“We did not expect to be on the podium, but we made great progress through the weekend, and the car had strong race pace. I was relaxed and confident going into the race.”

Third-placed Pierre Gasly starred again for AlphaTauri as Ferrari, which had been fast through practice as Charles Leclerc qualified on pole position for the second straight race, was completely swamped in the race and the Leclerc could only finish fifth behind McLaren’s Lando Norris.

“Despite starting at the front, we knew we could well be overtaken by the cars of the two front running teams, which is what happened,” said Leclerc.

For Alonso, who is also in a totally different situation with Alpine in 2021, Baku removed more questions about his F1 comeback.

“I am happy for the team that we took some good points from this weekend, I felt we deserved it after a challenging weekend. The final laps were a lot of fun and we tried to attack and be aggressive to recover some places,” Alonso said.

“The weekend was quite solid for us but we did lack a little bit of pace during the race. So we need to review that but I am happy with the day in the end and we’ll look to take this forward into France.”

The Baku street race was another disappointment in ninth for Daniel Ricciardo, who must find the key soon to unlock his McLaren, while Valtteri Bottas was miserable in a Mercedes that he clearly cannot handle and trailed home in 12th.

“I was trying everything I could but something just wasn’t right with the car for me this weekend. We need to work hard to figure out why and move on quickly from this,” said Bottas.

Hamilton did a much better job for Benz, after tweaking his car throughout practice and qualifying, and could have scored an unexpected win after chasing Perez through the final laps. He was disappointed but still had time to praise his crew and explain his re-start mistake.

“An unfortunate day, a humbling experience and I’m so sorry for the team,” said Hamilton.

“We did a good job to be in the position we were in today, to be out of the top ten on Friday and come back was down to the hard work of the men and women in this team. When Checo came towards me after the restart, I turned the wheel and flicked a switch which shifts the brake balance and that caused me to lock.”

Pirelli has begun an investigation into Verstappen’s tyre failure, and a similar problem for Lance Stroll of Aston Martin, but is already pointing towards damage from debris on the track.

The F1 world championship continues with the French Grand Prix at the Paul Ricard circuit on June 20.