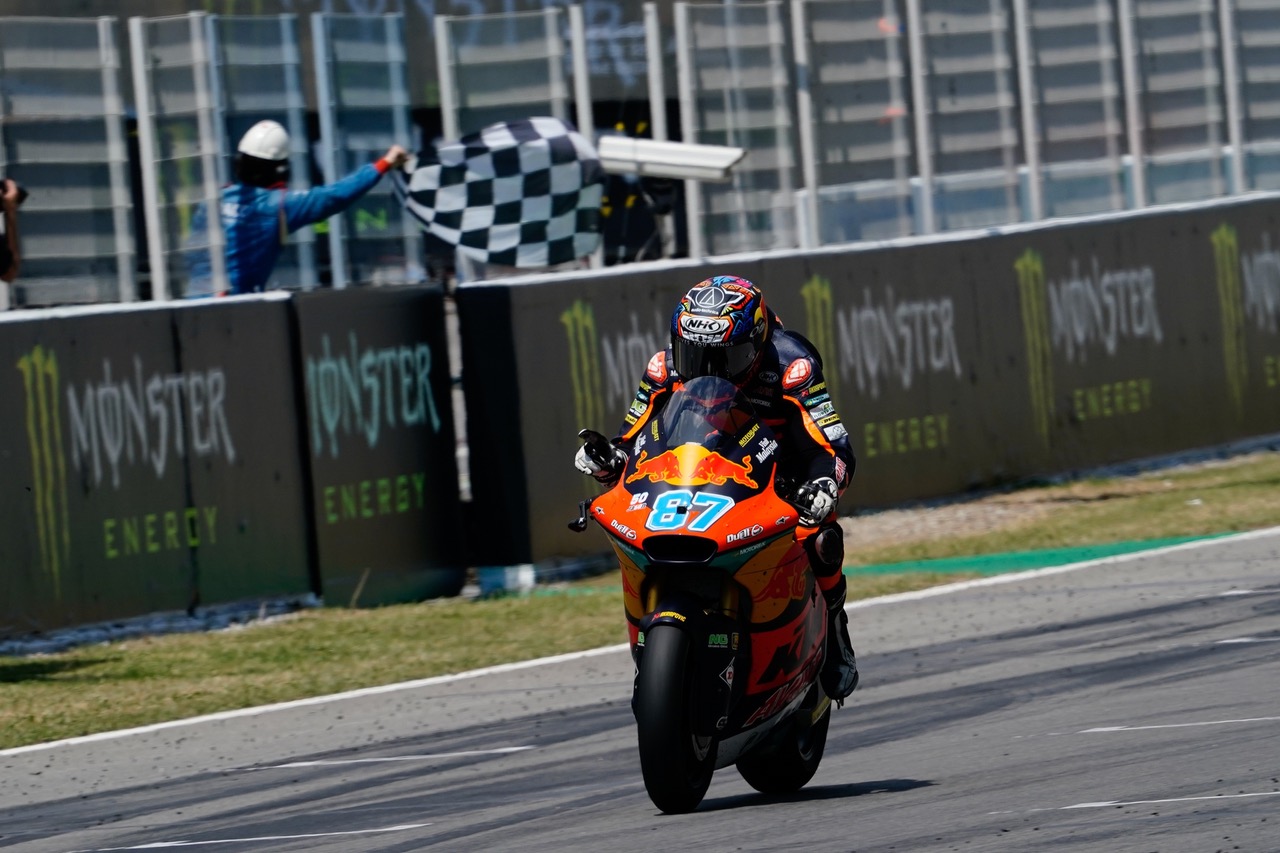 Remy Gardner got more than just a Moto2 win in Spain.

He got respect and a surprising welcome from the MotoGP racers he will face with KTM in season 2021.

Gardner still bagged the points and podium place from back-to-back wins over his KTM team mate Raul Fernandez to sit on top of the Moto2 standings, as fellow Aussie Jack Miller took a solid third for Ducati in the MotoGP main event, but he had more than one reason to smile.

The riders who placed first and second in the Catalunya GP, Miguel Oliveira of KTM and Johan Zarco of Ducati, were both full of praise for the rising Aussie star.

“He will be fast,” said Zarco.

“Everything is running smooth and I think he’s going to enjoy riding the bike,” said Oliveira.

If anyone knows the strength of KTM it’s Oliveira, who began his MotoGP career at the Tech 3 team where Gardner will land next year.

“Just a great group of people working there. Also, the environment is quite nice, that he probably already knows from Moto2,” he said.

According to Oliveira, Gardner will also have a much better bike than the one he rode at the start.

“It’s much nicer package, this new bike, than what I encountered in 2019. Plus with this challenge of being a new team for KTM to support, so it was a bit too much at the same time.

“But now I think you know it’s on flight mode now and it’s quite nice, everything is running smooth and I think he’s going to enjoy riding the bike.

“We know the KTM can work pretty well, and the team knows what he needs to do. I think he is the kind of guy who can enjoy it and make a surprise,” he said.

“He is looking forward to testing the bike but I think we will see he can adapt pretty quick and what he is doing in Moto2 is a nice construction of being fast.

“He was struggling, got some crashes, but now he has the consistency to win races and lead the championship, so that’s perfect for him.”

There were some questions about the early announcement of Gardner’s MotoGP deal, and if it could reduce his focus on MotoGP, but he proved his point with his lates win.