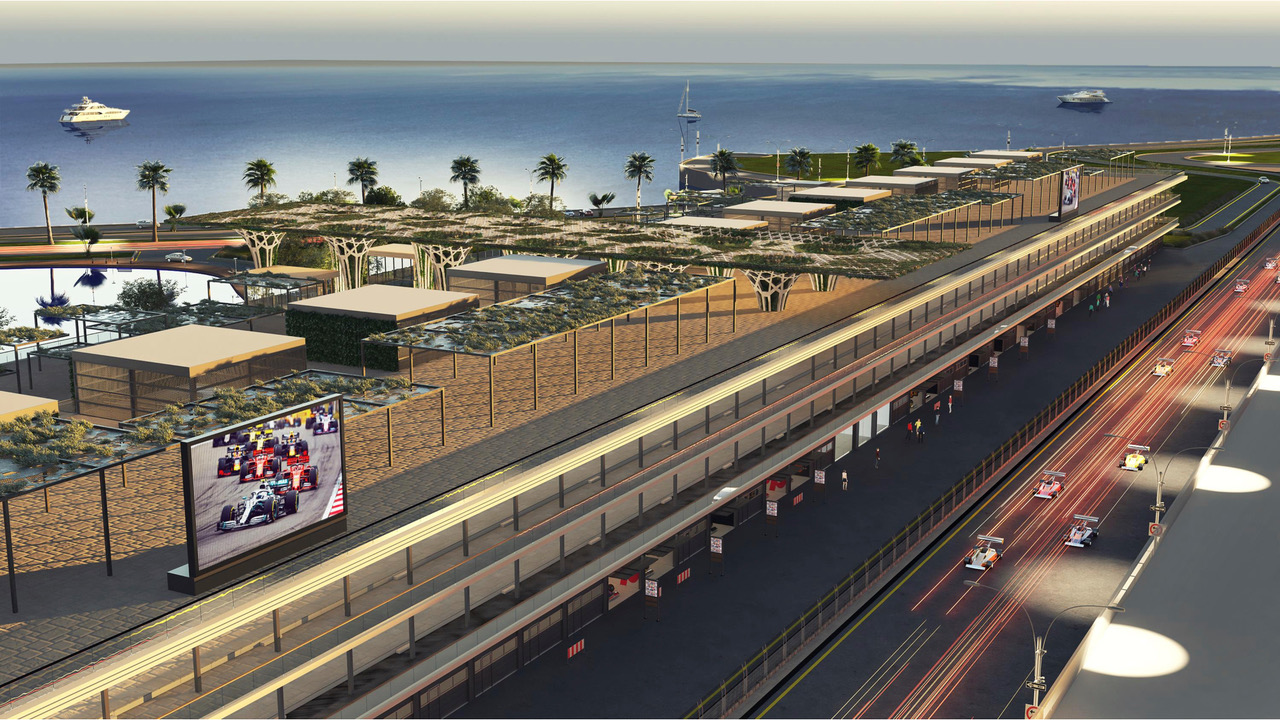 The power of oil is reflected in the world’s newest grand prix circuit in Saudi Arabia.

As the sheiks of Saudi look to pivot towards a tourism-based future for the country, already using a giant sponsorship spend in Formula One through their Aramco company, work is accelerating on its first purpose-built track.

Motorsport is seen as a way of drawing tourism as well as an important flag-waving exercise, just as it has been for many countries new to the F1 circus.

Formula E was first into Saudi Arabia on a street course, followed by the Dakar Rally and then Extreme E in the desert, but the arrival of Formula One under lights at the start of December is a very different proposition.

It will be done at what is called the Jeddah Corniche Circuit on the edge of the Red Sea, as even the name has been chosen to give an upmarket European connection.

Nobody is talking about the cost of the track but nothing in F1 comes cheaply and the deal has been done despite the questionable human rights record in Saudi Arabia.

Unusually for a Tilke-drome, the nickname for new-age circuits built under the direction of Herman Tilke, there is no obvious Arabian flair in the design. It’s a sharp contrast to the F1 circuits in Bahrain, Turkey, South Korea, and Abu Dhabi.

Instead, the circuit looks more like an up-market shopping precinct complete with fully air-conditioned pit and paddock facilities, giant escalators and extensive and expense plantings.

The first renderings of the circuit concentrate on the pit straight facilities, which the organisers of the Saudi Arabian Grand Prix describe as “its idyllic location on the banks of the Red Sea”.

“The Pit Building stands as a symbol of all that this race represents: welcoming, modern and spectacular,” said His Royal Highness Prince Khalid Bin Sultan Al Abdullah Al Faisal, chairman of the Saudi Automobile & Motorcycle Federation.

“With only 6 months to go until the pinnacle of motorsport reaches Saudi Arabia, preparations are progressing at an incredible rate.”

The circuit is 6.175 kilometres in length, has a projected top speed at 322km/ and will be one of the five fastest tracks on the F1 calendar. It is also the second-longest of the current layouts, beaten only by Spa in Belgium, and will have three DRS overtaking zones.

The race is currently scheduled for December 3-5, making it the second-last race of the season after the hoped-for Australian Grand Prix and the grand final in Abu Dhabi from December 10-12.