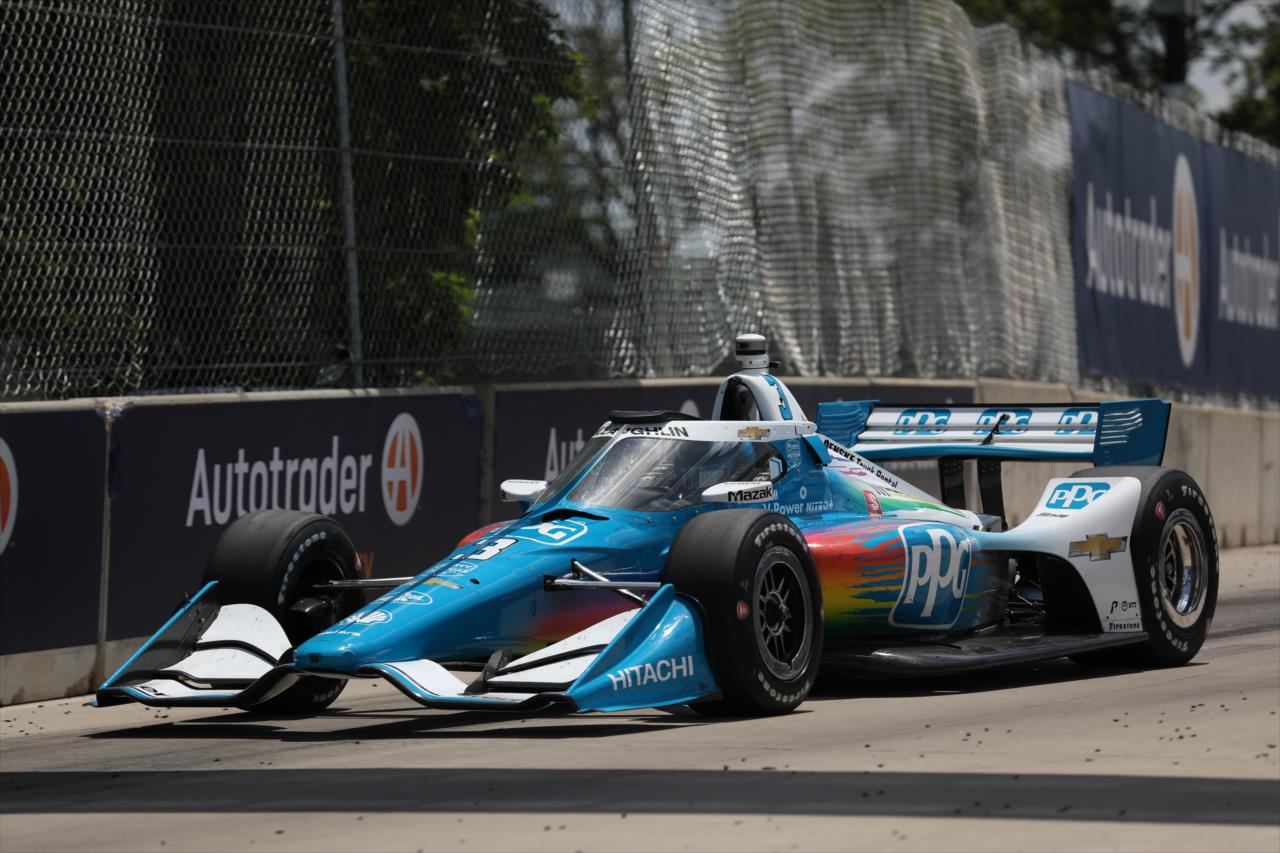 The reality of racing in IndyCar was rammed home to Scott McLaughlin on the mean streets of Detroit.

His weekend started with a crash after just five laps of practice on the bumpy and unyielding Belle Isle street course and, although he showed impressive speed at times, he only managed 19th and 20th from the Dual in Detroit.

But McLaughlin was not alone, as Aussie hopeful Will Power was torpedoed by an ECU failure while leading the first race and could only recover for sixth in the second.

“Glad to see the back end of that weekend,” said McLaughlin, as he began to prepare for the next leg of the IndyCar series.

The Detroit double-header is regarded as the toughest weekend on the IndyCar schedule, as the temporary street course is tough and the weather is always hot with heavy humidity.

When McLaughlin crashed and lost his vital track time, he was always going to struggle and a small mistake in the first race was proof of the IndyCar challenge.

“The car slid badly off a bump and I hit (the) wall,” he reported.

“We were having a pretty strong race. On aggregate we were around tenth. I just made mistake across a bump, hit the wall and broke a toe link, and we were sort of out from there.”

“It’s one of the hardest days I’ve had for a long time. Physically and mentally.”

Sunday was a little better, but he still suffered.

“Cut a tyre after contact This place is crazy,” he said.

But he was still upbeat.

“We’ve got to keep pushing on. Learned plenty. Pretty hard this place.”

The results in Detroit mean McLaughlin has fallen outside the Top 10 in the IndyCar standings, but he is still a solid 12th from the 37 drivers on the list including one-start Indy 500 runners and others who are running a partial program in the series.

Better yet, he is still a convincing leader in the Rookie of the Year standings, despite the proven class of his rivals Romain Grosjean (23rd) from F1 and NASCAR legend Jimmie Johnson (30th).