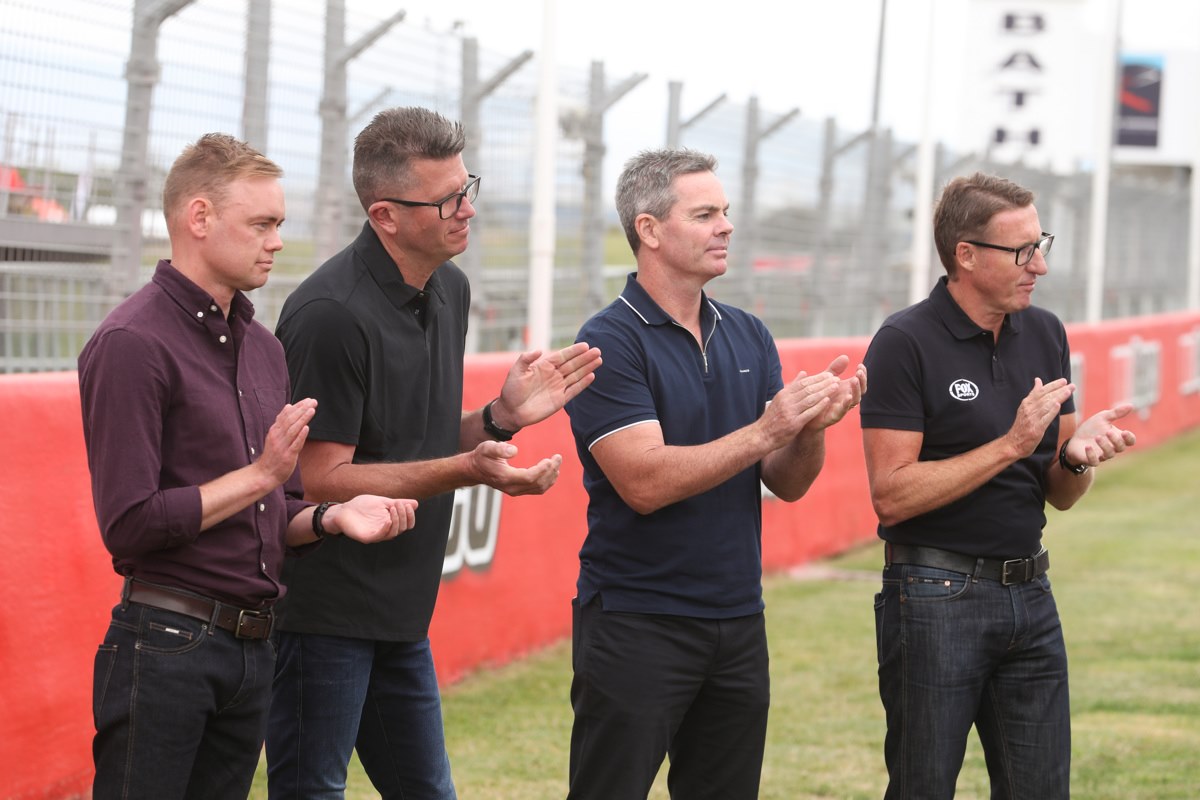 The biggest upheaval in touring car television for more than 20 years will change the look, feel and sound of the Supercars telecast from Darwin.

The absence of Neil Crompton, who is recovering from prostate cancer, has triggered wholesale changes to the broadcast and the on-air presenters.

It will also be the first time that the Fox Sports and the Seven Network share exactly the same feed, apart from commercial interruptions, and the first live broadcast of top-level drag racing.

Juggling the new package has given Nathan Prendergast, the head of Supercars Television, weeks and weeks of extra work and stress.

“The truth is that I’m incredibly nervous. But at the same time I’m excited to see how it looks and feels,” Prendergast told Race News.

“It’s a really big undertaking. It’s live television. Yes, there will be glitches. But we’ll all be learning.

“It’s been decades since we’ve had this level of change. It’s the first time since Darwin in 1998 that Neil Crompton hasn’t been a part of the broadcast or a competitor. That’s a big change in itself.”

As he talked through the staffing for Hidden Valley, the scope of the changes became obvious.

Mark Beretta and Jess Yates will be the hosts for the broadcast.

Mark Skaife will lift his involvement in the central commentary position, sharing with Chad Neylon and Garth Tander, with the newcomers alternating their race-call and pitlane work over three days.

Marcos Ambrose also returns to the team, mostly for analysis, while Matt Naulty and Briony Ingerson will be the experts on the drag racing content.

But Prendergast revealed that satisfying both Fox and Seven will be his toughest task.

“It’s the first time that we’re doing the one production model. For this event, Fox and Seven get the same feed. It’s the one feed, the one storytelling and the one look.

“The only difference is scheduling. Fox Sports gets every single session from three days of racing, and it’s 12-5pm Eastern time for Channel 7 on Saturday and Sunday.”

Although he has done all the preparation, Prendergast also admitted there is a lot of expectation.

“It hasn’t been too difficult. There is a fantastic team of people behind us. But we have to ensure Fox and Seven get what they want.

“The other thing is the other hours on air are quite substantial. We are also covering the drag racing on Friday night, which is the first time that drag racing will be covered properly in a live environment.”

One of the major changes and challenges will be filling Crompton’s chair in commentary.

“I feel a little bit in a strange scenario because I love Crompo so much. I don’t want him to feel like he’s being replaced. He just needs to get better and this is a chance to give other people a chance.”

“Mark Skaife will remain consistent in commentary, and we are going to share the sessions between Garth Tander and Chad Neylon. We think they both have great potential.

“We know how they work together but this gives them a chance to see how they work with Mark. And Skaifey is pulling on his training pants as well, doing the play-by-play. Mark will have to do more of that.”

Prendergast admitted that the Hidden Valley weekend would be an audition in some ways, although he has plenty of talent to tap and tweak.

“We’ve got Marcos Ambrose back, and Craig Lowndes will be doing some hosting and analysis. Marcos made probably the best television debut I’ve seen in his role. We’ll also have Charli Robinson and Larko in the pitlane.

“I am going to be trying lots of things and seeing what works best. There is no doubting that Chad and Garth will be part of the future. It’s going to be interesting.”