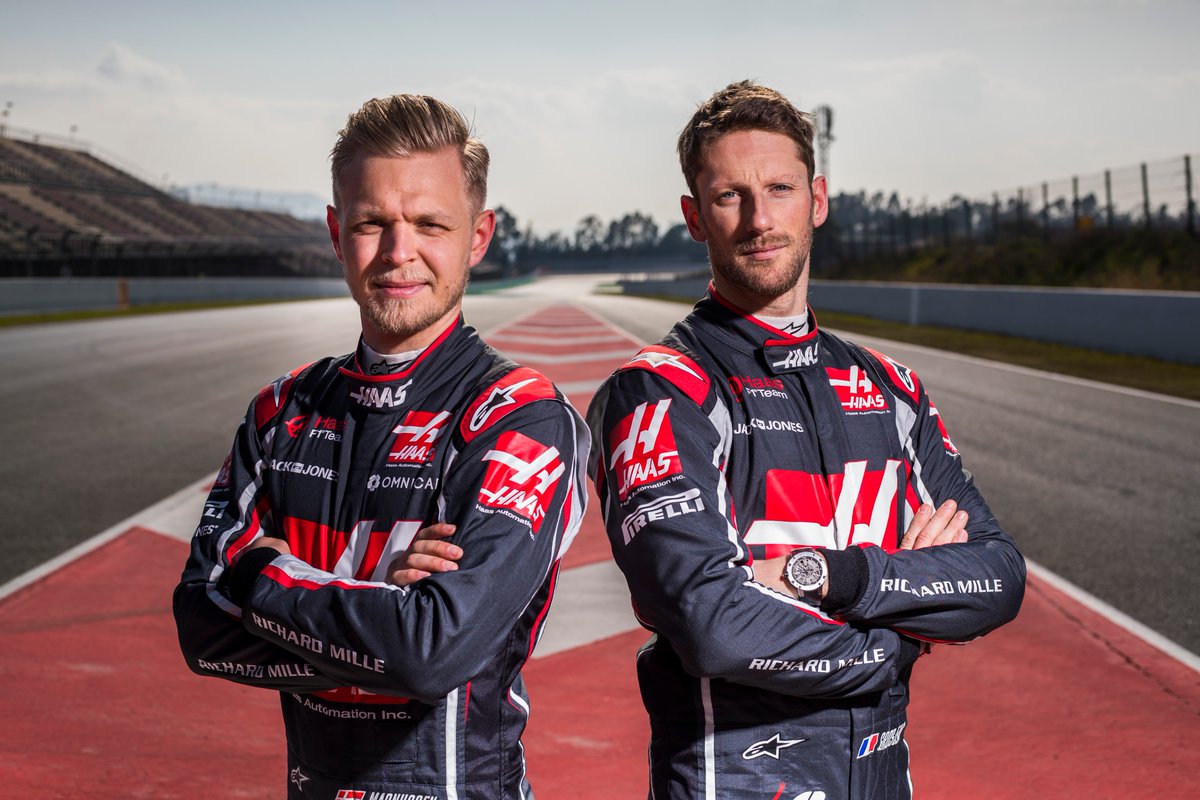 The crazy mates from Haas F1, Kevin Magnussen and Romain Grosjean, will play together again in IndyCar.

The pair could barely avoid colliding when they raced side-by-side in grands prix but now they will be direct rivals from clashing teams at the Road America course in rural Wisconsin.

Magnussen has been drafted into the Arrow McLaren SP team to replace Felix Rosenqvist, who had a monster crash during the Dual in Detroit on the Belle Isle street course, as Grosjean continues his rookie season with Dale Coyne Racing.

“AWESOME!!!”, tweeted Grosjean when he heard the news.

“Making my IndyCar debut. Big challenge to go straight into a race having never driven an IndyCar before but I couldn’t say no to the opportunity,” said Magnussen.

The two grand prix refugees were punted by Haas in favour of a pair of pay drivers for the 2021 season, as Mick Schumacher brought backing from German sponsors – as well as his powerful Ferrari connections – and Nikita Mazepin tapped the giant piggyback of his father, a Russian energy oligarch.

Both quickly found new drives in the USA, with Grosjean taking up a partial season in IndyCar – avoiding the danger of ovals including Indianapolis – and Magnussen sliding into a sports car seat with Chip Ganassi Racing that produced a last-start win in Detroit in a Cadillac prototype.

Grosjean has been consistently quick on road and street courses, although he crashed in Detroit and also had to abandon his burning car in a horrible reminder of the potentially-fatal fireball he escaped during his final F1 start with Haas in Abu Dhabi last year.

Magnussen’s new career direction in Le Mans prototypes is focussed on the USA but will also see him sharing a car for the first time with his father Jan, also a former grand prix racer, in the LMP2 class at the French 24-hour classic.

“Coming here, I knew when I signed up with Chip Ganassi I’d have a chance at winning races. It’s been more enjoyable than anything I’ve done for the last few years,” he reported.

But it’s obvious that Magnussen is hoping that Ganassi will find a spot for him on his IndyCar roster, a prospect confirmed by team leader – and six-time series winner – Scott Dixon.

“I know initially that’s why Kevin came to America, was trying to be in IndyCar. Hopefully down the road that’s something that would be possible,” he said.

Magnussen’s IndyCar opportunity is a semi-reunion of another sort, as he is renewing his connection to the McLaren team that gave him his original ride in F1, although it’s currently only a one-off as Rosenqvist recovers from his Detroit crash,

“It really sucks to miss out @roadamerica, but I have to focus getting back to 100%,” said Rosenqvist.

“Meanwhile, it’s great to see @KevinMagnussen getting a shot in @IndyCar – Held og Lykke!,” he tweeted, which is Swedish for good luck.

“Thanks buddy. Wishing you a speed recovery,” Magnussen, a Dane, replied.