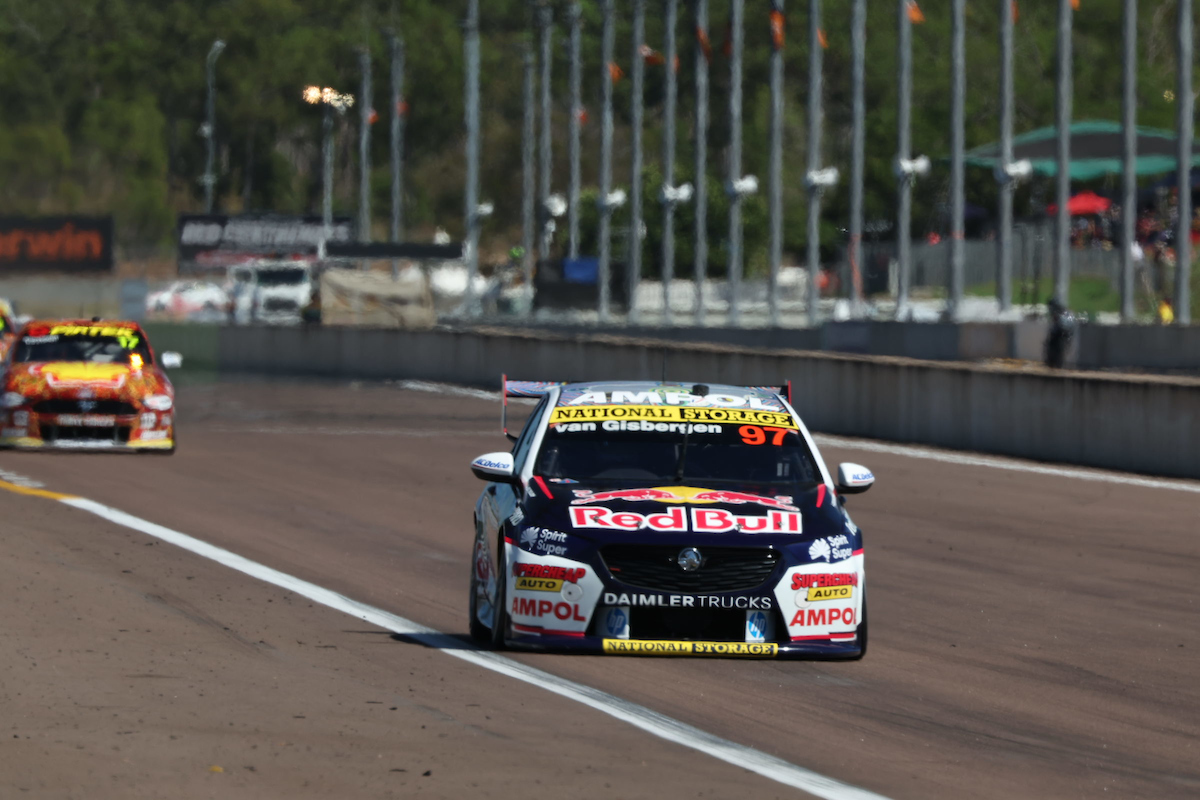 There were no dramas in the pits as Shane van Gisbergen racked up another win for season 2021 in the second leg of the Darwin Triple Crown.

A wheel-change problem cost the runaway Supercars championship leader an easy victory in the Saturday sprint, but things went perfectly as he claimed his seventh win from 13 starts.

SvG did the job at the start for the Red Bull Ampol team when he jumped pole sitter Will Davison on the drag race to the first corner, as the 26-car field avoided a repeat of the carnage in the first race, then motored away for a predictable win.

Davison was comfortably fast enough for second with Shell V-Power Racing as Jamie Whincup, who started fourth, improved to third with a late pass on Saturday’s winner Chaz Mostert by taking the advantage of fresher Dunlop tyres.

“We needed to get things right today. I got a good start and that was great,” said SvG.

But he is still smarting over the one that got away as he prepares to try for a double in the final Sunday sprint.

“Hasn’t made up for yesterday yet, (but) we’ve got the afternoon to go.”

Anton De Pasquale was the big loser from the leading pack as he fell from third to six when another pitstop went wrong.

“Just had a bit of a slow stop. Got caught out and lost a few spots. So where we were is where we were,” he said.

For Davison, position two was a welcome rebound from a miserable Saturday effort.

“The top step is where we want to be, but it all came down to the start. Shane got a great start and mine wasn’t perfect,” he admitted.

“We were quick, we pushed him all the way. The start is critical. I’ll just focus and we’ll make some small tweaks for the last one.”