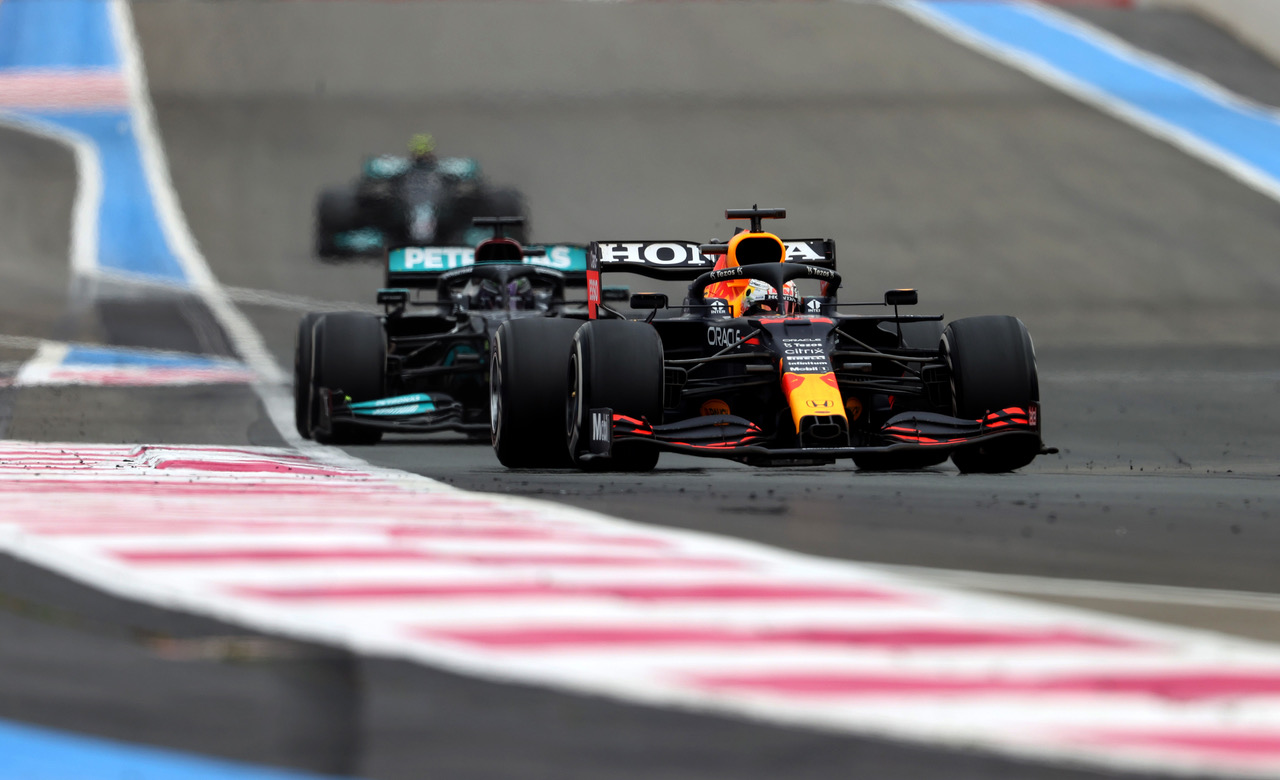 Lewis Hamilton was odds-on to win the France Grand Prix.

But it didn’t happen, as Red Bull grabbed the initiative on the Paul Ricard circuit with a car that was flat-out faster and delivered a 1-3 podium result for Max Verstappen and Sergio Perez.

Verstappen lost the lead when he skidded wide at the first corner after taking a solid pole position, but stopped earlier than Hamilton and was able to thrust his Red Bull racer back into the lead as the undercut worked against the leading Mercedes.

Perez also did a job on Valtteri Bottas in the battle of the wing-men, as Lando Norris finished best-of-the-rest for McLaren with Daniel Ricciardo right behind and the Ferrari pair nowhere in sight.

The French result proves that Red Bull and Honda are now the better package for F1 in 2021.

Verstappen and the Bulls had won previously in Monaco and Baku, but those were street-style courses that were expected to favour this year’s early-season underdogs.

The Circuit Paul Ricard is old-school, fast and open, and Mercedes was expected to hit back with an easy(ish) win, but the result left Hamilton and his team looking for answers.

“We’ve got to find some pace,” said Hamilton.

“Most of the time we lost today was on the straights, so we’ve got to dig deep, try and figure out where that is, and whether it’s power or drag but overall, we’ve still got a good package.

“Of course, we didn’t win and we had the lead but I had no tyres left at the end so unfortunately we lost the position, but it was still a good race.”

Verstappen and Perez were understandably happy with their first 1-3 on the podium.

“Winning this race was an amazing team effort and to have a double podium at a track like this really shows the hard work everyone is putting in,” said Verstappen.

“Of course I would have liked to pull off into the distance and cruise ahead on my own, but it doesn’t often work like that in Formula One and we really had to work for it today.”

“Back-to-back podiums is still solid points but I just needed probably three more laps to get past Lewis for the 1-2 result,” he said.

Ricciardo looked stronger as he continues to battle through a tough switch from Renault to McLaren, and got racy at times with Norris.

“That was our dream race and we managed to pull it off. It was a fun race and I’m happy we brought it home in fifth and sixth for the team today. It’s about time we got back in these positions, so it was a positive day.”,” he says.

The world championship continues with a double-header at the Red Bull Ring in Austria, the home track for Verstappen’s team, starting next weekend.