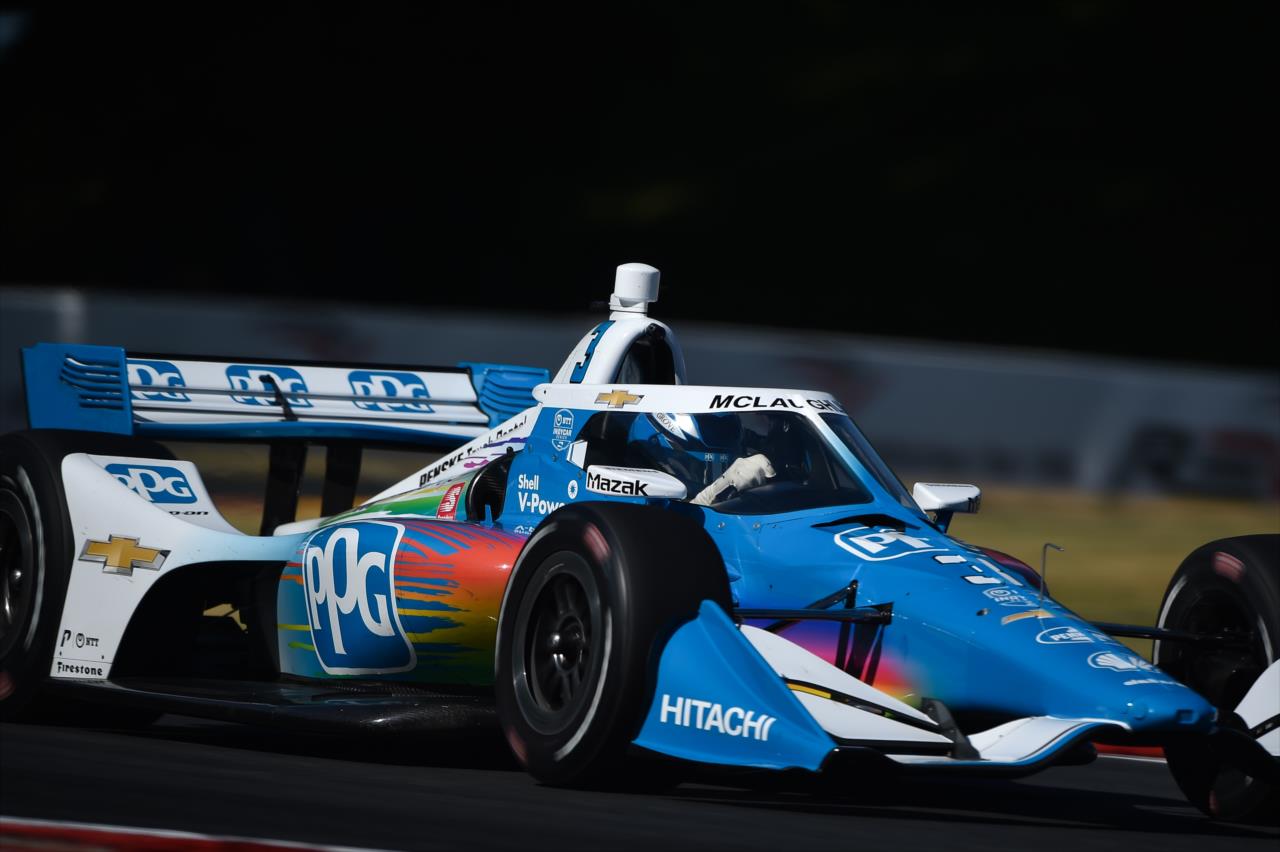 The relentless reality of IndyCar racing is coming home to Scott McLaughlin after a 14th-place finish at Road America in Wisconsin.

He moved up from his starting position on a tough day for Team Penske, as Josef Newgarden lost a likely win, although Will Power got back on the podium with third behind race winner Alex Palou.

“Learning every lap. But every lap I feel stronger,” McLaughlin reported.

The Supercars graduate is still the leading rookie in the series standings, holding onto 12th place in the championship table and only one spot behind Power.

“I need to get better at my race-craft in these cars and learning what they do in heavy traffic.”

There was nothing Newgarden could do when a gearbox drama, one race after Power lost a likely win with an electronics failure, took him out of contention.

“I was stuck in fifth. I finally got it to go down and I just could not get it to upshift after that. I got it to first, essentially, and tried to stay out of the way.”

IndyCar teams have a short break before the series continues at another of its classic road courses.

“A week off and then off to Mid Ohio. Keep pushing,” said McLaughlin.