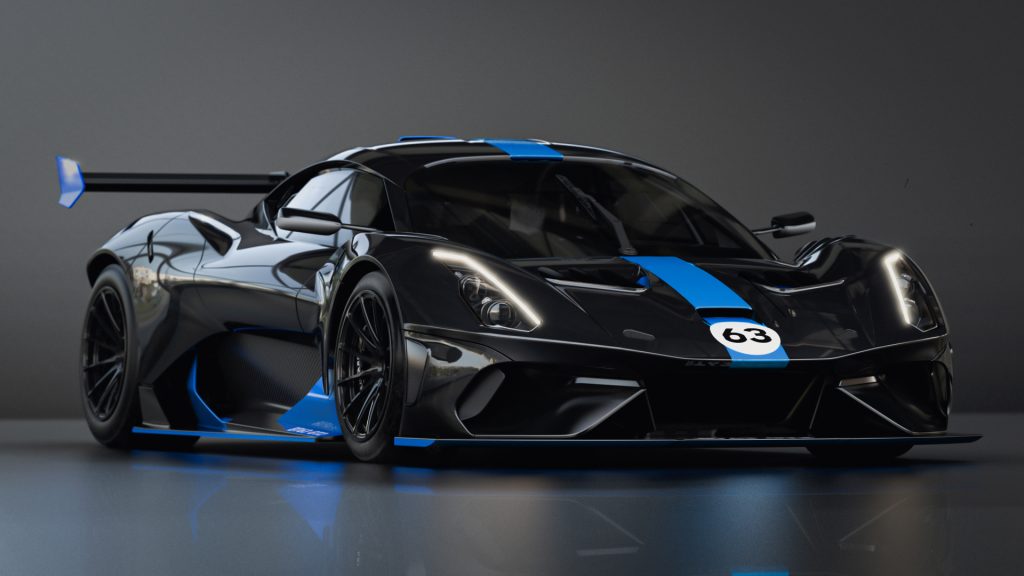 The plan to put Australia’s homegrown supercar, the Brabham BT62, on the grid for the Le Mans 24-Hour race has moved another step closer. A new version of the Brabham, called the BT63 GT2 Concept, has just been unveiled and will race in a new European championship that has already drawn support from Audi, Lamborghini, Porsche and KTM. It comes after the BT62 cracked the outright lap record at Mount Panorama and following victories in this year’s GT championship in Britain.

The BT63 GT2 has been morphed from the original supercar concept, using the same carbon-fibre chassis and Ford-based V8 engine, into a $650,000 package suitable for the GT2 category created by SRO Motorsport to sit below the existing GT3 rules that have been a worldwide success and provide the platform for the Bathurst 12-Hour race in Australia.

“There will be various things about the car that will be different. It’s using the same basic engine, chassis and body, but the engine will be re-tuned to GT2 specification,” says the spokesman for Brabham Automotive, Steven Wade.
“It will be quite a different car to drive. It will be quicker in top speed because it has less aero, even though the power will be down a little bit and it will carry more weight so it will be slower around the corners.”
The targets for the car include around 450 kiloWatts of power and a weight between 1250 and 1300 kilograms.

The BT63 GT2 will race for the first time in October at the Paul Ricard circuit in France, with David Brabham watching, before racing the full European series in 2022. The team and drivers have not been revealed.
“Following on from the success of our customer racing programme in the UK with the competition-spec BT62 in GT Cup, Brabham Automotive is excited that SRO has extended an invitation for Brabham Automotive to race in the Fanatec GT2 European Series,” says David Brabham.“ Having personally competed in SRO series in the past, I very much look forward to seeing a Brabham on track in this series.”

As yet, there has been no announcement about the team or drivers who will carry the Brabham flag in 2022.

The GT2 Concept – which is only being called a concept until it is homologated for racing – is the latest project at Brabham, but the company is pushing ahead with construction of both road and racing BT62s.
“We have delivered cars. But we don’t talk numbers,” says Wade.
“Cars are under production at the moment and one (BT62 R road car) should be delivered very soon. There will be one racing in New Zealand very soon.” Beyond the BT63, there are other plans which will take Brabham Automotive closer to the Le Mans goal, including an all-new model that is currently under development.
Although Wade will not give any hints, he admits something is happening.
“There is a vehicle coming that is being purely designed as a road car. The BT63 GT2 Concept is purely for racing,” he says.