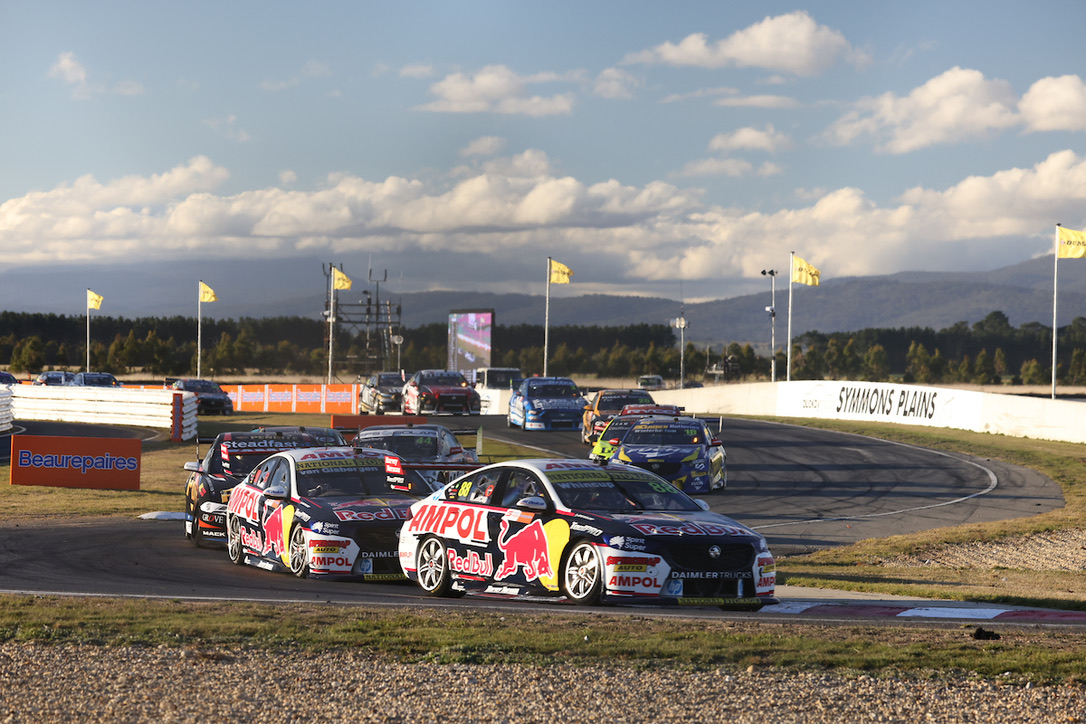 BULLS TO CONTINUE IN SUPERCARS

One of the enduring partnerships in Supercars, Red Bull and Triple Eight Race Engineering, will continue for at least two more years.

The energy drink maker has just committed to an extension of the contract that tracks back to 2013, when Red Bull became the naming-rights sponsor for Roland Dane’s Brisbane-based squad.

The latest deal continues the co-sponsorship with Ampol, which took the place on the side of the team’s cars when Holden closed its car-making operation in Australia, and will see the Red Bull Ampol Racing colours transferred onto a Chevrolet Camaro in the second half of 2022.

JONO BACK FOR BATHURST

The second of the Tekno cars will be shared by youngster Dylan O’Keefe, who will be making his second start at Mount Panorama, and main-game runner Garry Jacobson.

The co-driver spots are filling fast with Scott McLaughlin a near-certainty to return to Shell V-Power Racing at Bathurst after a date change to November cleared him of any potential conflict with his IndyCar commitments in the USA.

A failed first appeal to the FIA is not stopping the Aston Martin squad from challenging Sebastian Vettel’s disqualification from second place at the Hungarian Grand Prix.

Vettel ran out of fuel after the flag and was scrubbed from the results after failing to provide a mandatory 1-litre fuel sample for official testing, even though the team’s data indicated there was still 1.74 litres in the tank.

The FIA refused a request for a review of the penalty and Aston Martin is now considering a full challenge through an appeal.

Girls and women will become a higher priority in grass-roots racing in Australia thanks to the formation of a Women in Karting Commission.

Karting Australia is making the move to encourage more females into the sport as drivers, team members, officials, administrators and volunteers.

“This is about expanding female participation and developing improved opportunities for women and girls in our sport,” says the CEO of Karting Australia, Kelvin O’Reilly.

Hyundai is looking to end a Toyota winning streak when the World Rally Championship visits the newest addition to its calendar, the Ypres Rally in Belgium.

The South Korean squad should have the edge, as none of the Toyota Yaris drivers have competed in Ypres in the past and Hyundai team leader Thierry Neuville is a previous winner of the event.

Ypres is expected to punish any mistakes as the all-tarmac event is run on narrow country roads with no room for errors and the potential for slick surfaces with changeable weather and muddy fields close to the edges.

WATERS GETS A PORSCHE

Supercars front-runner Cam Waters, who is already racing a Sprintcar to keep sharp in the off-season, is about to expand his racing program by competing in a Porsche.

He has joined Dutton EMA Motorsport to race a Porsche 911 R in the GT World Challenge Australia competition in a squad that is overseen by another highly-regarded Supercars veteran, team manager Matt Nilsson.

Waters will race for the first time in late September at Sandown in Victoria, where he will be the Pro Driver in the car and sharing with Ben Stack as the Amateur Driver.