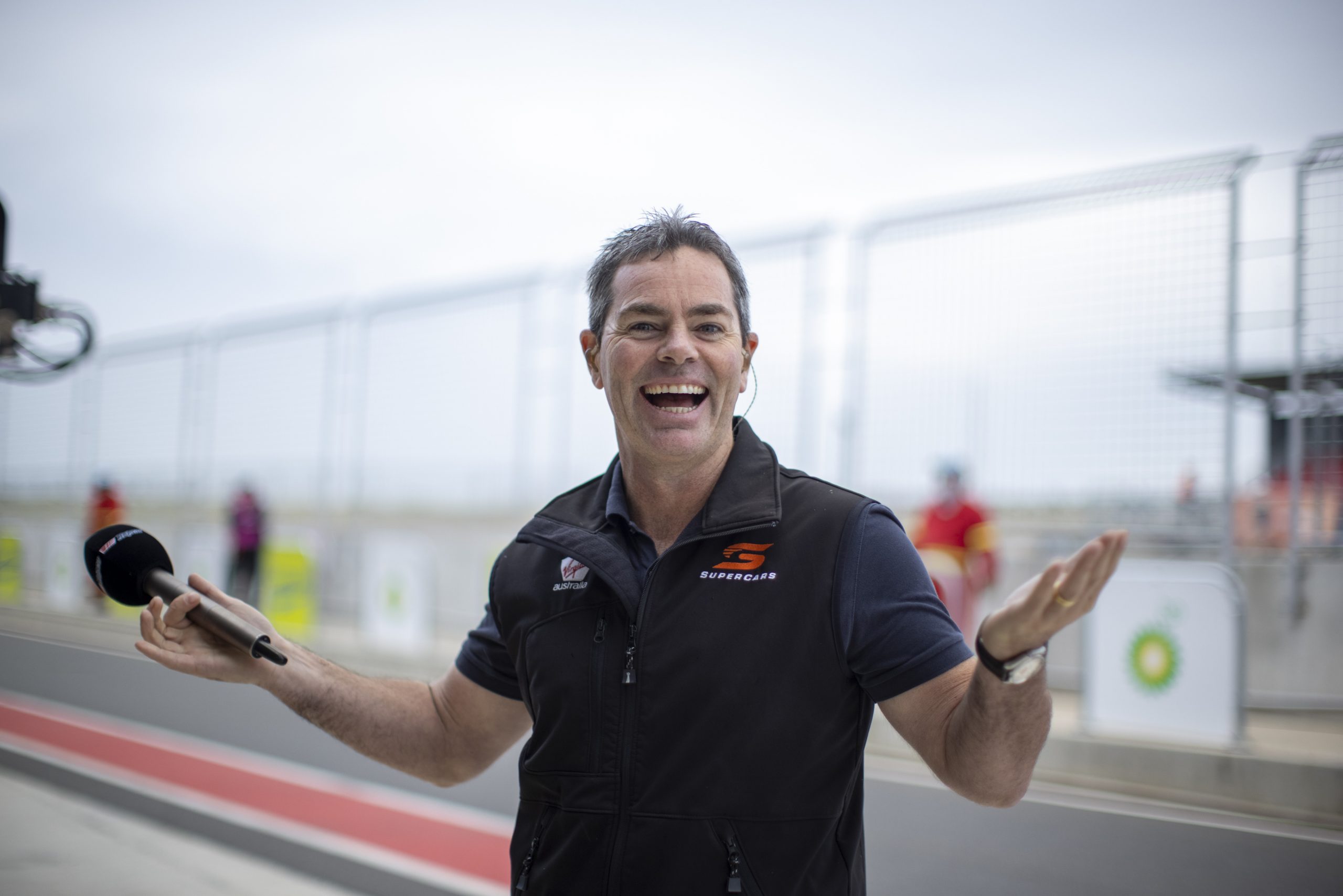 Craig Lowndes has sounded a dire warning to Russell Ingall as the pair prepare to renew their racing rivalry at the Repco Bathurst 1000.

“You can guarantee the kids will not give you any racing room,” says Lowndes as the two veterans swap stories after Ingall’s first serious hit-out at Queensland Raceway in the SuperCheap Commodore he will race at Mount Panorama in November.

“No respect. They’ll bump you. They don’t even give me racing room,” says Lowndes.

But he also has light-hearted positive feedback for the comeback contender, who is old enough – at 57 – to be the grand-father of his Bathurst co-driver, Broc Feeney.

“Good news? You’re older than me, so I won’t be the oldest bloke on the grid,” Lowndes laughs.

“I used to joke with Garth Tander that he was the oldest driver once I retired from full-time and now it’s James Courtney. What is he, 41 these days?”

Lowndes also warns Ingall about the speed he will need to stay with the pack at Mount Panorama.

“It’s not like the old days. You can’t rely on reliability to get you to the front,” he says.

“Once the green light comes on you have to be on it. Right from the start. It’s qualifying laps all day. The cars themselves are easier to drive in some ways, but you can’t relax.”
Ingall quickly gets the picture.

“We’ve got a lot to think about now. Even the rev limit on down-changes is different, so you have to be careful not to buzz the engine. It’s getting more like the whole Formula 1 thing. You’re not just driving, you have to be adjusting things all the time.

“Across the top, with the extra aero, it’s going to be fast. But at least I’ll have two long straights to have a think about it.”

Lowndes will be back at Bathurst alongside his good mate Jamie Whincup, as the seven-time champion looks to sign-off as a full-time Supercars driver with another victory at Mount Panorama.

“Last year I noticed it took me a while to get up to speed. It’s like that when you’re not driving these things all the time,” Lowndes says.

“Shane (van Gisbergen) told me it’s tough now with the pace. He’s a freak, adjusting things inside the car on every lap,” says Ingall.

“But I’ve got the time. And I want to enjoy it. I think the build-up will be good, and there is no real pressure on me. Whatever set-up that goes into the blue (Red Bull Ampol) cars will go into this chariot. So I won’t be back at the hotel every night worrying about set-up and all the rest of it.”