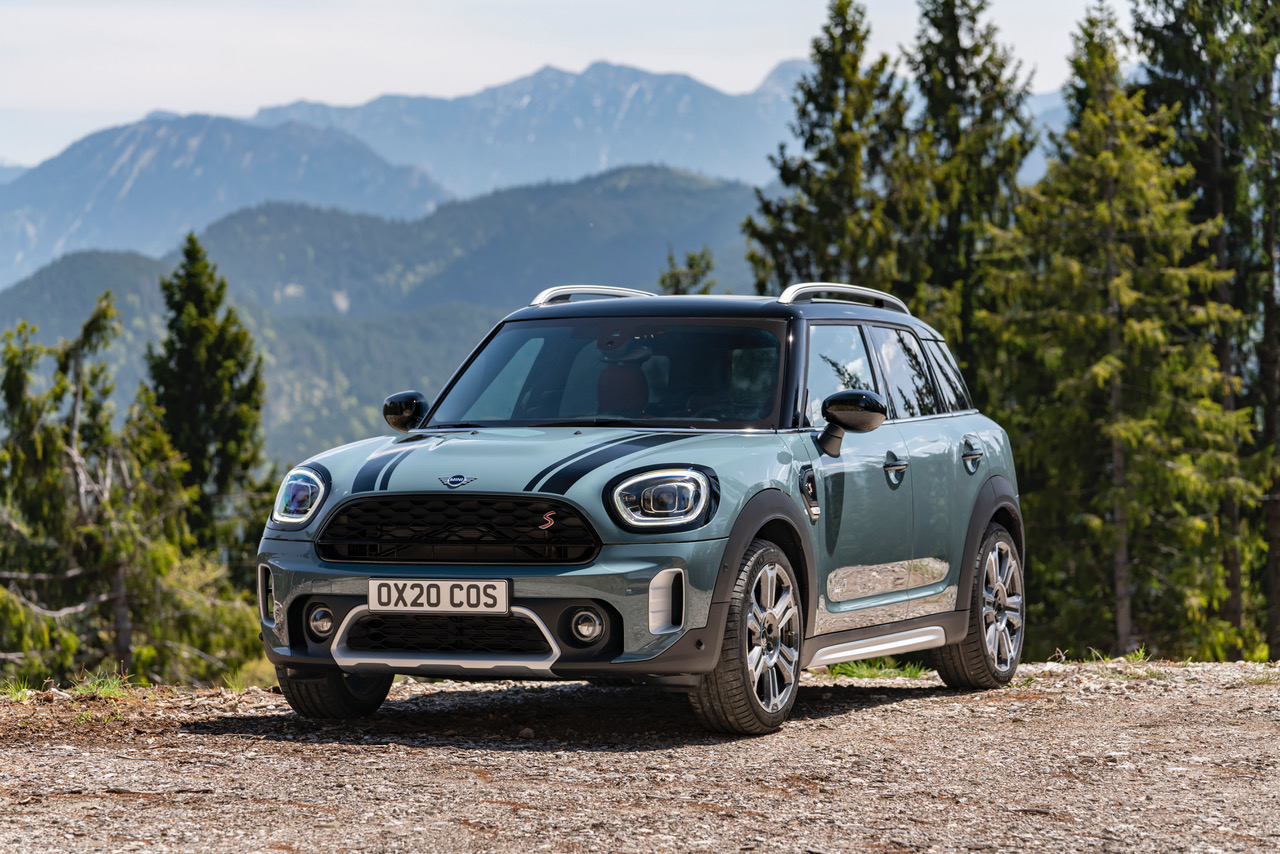 There is nothing mini about any Mini in 2021, but that’s not a bad thing.

The most popular of the current Mini family is the Countryman, and it’s the biggest of the breed. It’s a trendy family people mover with Mini seasoning, recognising that people are now bigger than they were in the sixties, tougher crash rules demand more space, and – let’s be honest for a second – the original Mini was pretty awful.

The rawness and driving enjoyment of the iconic sixties ‘brick’ would never work in 2021 and that’s one of the reasons why the Countryman sells so well, although I sometimes think it looks more like one of those puffer fish that blow themselves up when they are hooked.

It’s is a family hauler, for a 2+2 family or someone with a weekend lifestyle need, that sits in the same size but not the same price bracket as newcomers including the Hyundai Kona that are racing out of showrooms as rapidly as people can sell or trade their old-school hatchbacks.

The Countryman is well designed, nicely equipped and finished, and comes as an under-the-skin twin to the latest BMW 1 Series. But one of the best things about the Countryman is that you don’t have to settle for bland and boring if you heart says Mini and your family says maxi. At the top of the line-up there is a JCW model that taps the John Cooper works performance package for much more go and significantly more show.

JCW models have been popular in the Mini catalogue for more than a decade, punching out much better numbers and tagging the sixties connection when the original John Cooper – whose Formula One team provided the cars for Sir Jack Brabham’s first two world titles – was hot-rodding Minis on the side.

The package in the Countryman is milder than some of the wilder new-age Mini packages, but the 2.0-litre turbocharged engine is still significantly upgrade with 225 kiloWatts of power and a thumping 450 Newton-metres of torque. That means really punchy overtaking performance and enough go to dispatch the benchmark 0-100km/h sprint in just 5.1 seconds. Yet it also returns fuel economy of a claimed 7.6 litres/100km.

Honestly, I expected more visual impact from the JCW Countryman, but it still makes a pleasant statement with big wheels and some body add-ons at the nose and tail. Inside, it has comfy sports seats and all the other niceties I expect.Driving, it’s a surprise and a relief. It cruises comfortably and easily at highway pace, without the ridiculous pop-bang-fart exhaust theatrics of too many compact turbo cars.

But switch to Sport mode, find a twisty road, adjust your driving focus and this Countryman is truly quick and nicely enjoyable. The extra ride height with the four-wheel drive system and big wheels means it’s not bumping or thumping on country roads, and – although there is still some steering tug in tight corners – it’s a car that is fun to drive.

Fun and practical in the same car? With Mini looks and some old-school bragging rights? It’s not cheap, but it can be done.

Plus: practical but still fun

Minus: not cheap, not mini

THE TICK: only for some people