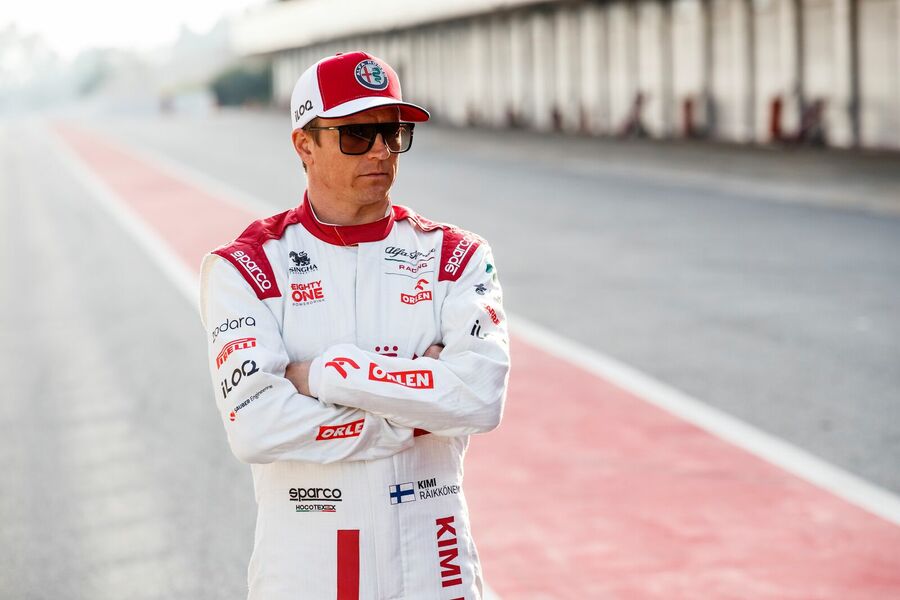 The oldest driver in Formula One, Kimi Raikkonen, is retiring at the end of this year.

He will be missed, not just because he is a former world champion who has never lost his combative drive to race, but because he is the most straightforward, transparent and blunt driver on the grid.

Kimi quotes are legendary. He is a man of very few words out of the car. When he is driving he prefers no interference from the pitlane.

“Leave me alone, I know what I’m doing,” is one of his most famous replies to his race engineer.

But there was also the time when Formula One commentator Martin Brundle asked why he had missed an important pre-race event on the grid.

“I was taking a shit,” Raikkonen replied. It was honest and unfiltered, but not what anyone was expecting.

It’s been the same for all of Raikkonen’s career, from the time he arrived as a 21-year-old kid with only a handful of car races to compete for Sauber in Formula One. When I first saw him in the paddock at Albert Park he looked like a 14-year-old. And his girlfriend, a Miss Finland entrant, was doing her school homework.

Once, just once, he was open and happy to talk. It was the year he returned to Formula One with a Renault-powered Lotus, there was a press function in Melbourne, and he sat and quietly answered every question. No-one expected him to be anything but his usual monosyllabic self but he was open and helpful. He spoke quietly – as he always does – and deliberately, seemingly keen to be back in a grand prix car.

He won in the Lotus. As he did in a McLaren and a Ferrari, on the way to his single world championship for the red team in 2007. He bought his race engineer, Australian Chris Dyer, a Rolex watch as a thank you gift.

But Raikkonen was never one for politics and games, which is why he spent two years of his F1 career in exile and driving in the World Rally Championship – where he crashed a lot – and NASCAR. He still wanted to race and was looking for somewhere he could be happy and competitive.

He has found that happy place at Sauber in recent years, as he rejoined his original grand prix team for the twilight years of his career. There have still been sparks and signs of his towering talent – he was never going to be a mensa member – as well as an aggression that is probably second only to Fernando Alonso.

Yet he is the most experienced driver in the history of F1, with 344 starts over 19 seasons for now, and 21 victories.

A lot will be said and written about Raikkonen, particularly now his retirement decision is public, but he is unlikely to be leading the chat. Even the official announcement of his departure from Sauber comes with nothing from The Iceman.

“There isn’t any driver out there like Kimi Räikkönen. His presence, his charisma and his unique attitude, matched with the innate skill that made this team give him a chance back in 2001, have made him a legend of our sport in a way which numbers and statistics struggle to convey,” says Frederic Vasseur, team principal of the Alfa Romeo team.

“It was a pleasure to work with him in these years. Kimi has written some indelible pages of our team’s, and our sport’s, history.”