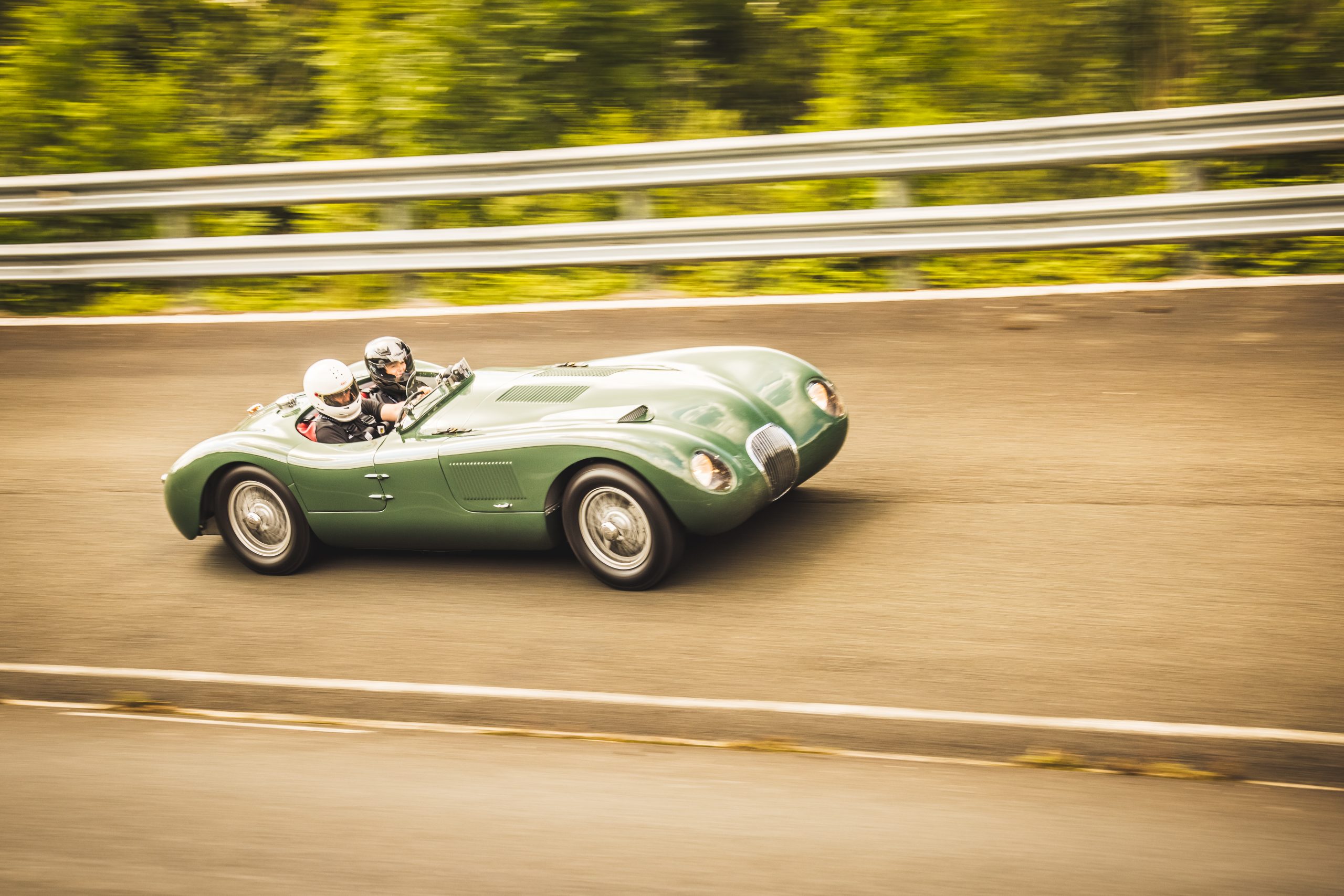 Sales are down massively at Jaguar, as the famed British carmaker struggles to find friends for its traditional XE and XF family cars and instead plans a future focus on electrification and SUVs.

But it had no trouble in finding cashed-up buyers for the eight brand-new Jaguar C-Types it is building as a homage to the car that won at Le Mans in 1953.

Even if the likely price is around $2 million – no-one at Jaguar is saying exactly – the nostalgia boom in classic cars has driven prices for originals so high that ‘continuation’ cars have become a bonanza for companies with motorsport heritage.

Bentley is even building re-creations of its race winning ‘blower’ from the 1920s.

Jaguar has done three previous continuation cars – D-Type, XK SS and E-Type Lightweight – all produced by the Jaguar Classic Works dream factory that has become a haven for its heritage but also a massive money maker.

This time, despite using high-tech CAD mapping, the C-Types are being built using the same materials and craftsmanship as the originals. Right down to the rear-vision mirror wire wheels.

The C-Type first raced – and won – at Le Mans in 1951, but Jaguar has chosen to base its continuation run on the 1953 car that was the first to win the sports car classic using disc brakes and the first to average better than 160km/h over the 24-hour contest.

The specification for the born-again C-Type is fairly basic by modern standards, as its 3.4-litre inline six-cylinder engine produces a modest 165 kiloWatts, it only has a four-speed manual gearbox, and the wheels are a giant 16-inch spoked steel design.

Jaguar has gone all-in on originality and says “the Jaguar Classic team with its myriad of documents and references will deliver another continuation vehicle with unparalleled attention to detail and craftsmanship.”

“The original-spec clocks and gauges are an illustration of the hours of craftsmanship that go into creating a C-type Continuation. Not only are they faithful to the originals, but the way in which they are integrated – including the surrounding switches – is an example of the fine and delicate attention to detail that Jaguar Classic engineers employ to create the perfect example.

“The ignition switch on the C-type Continuation also embodies this approach. The precisely re-engineered component replicates the original’s start-up procedure, with reliable and high-quality components used to ensure operation is as it should be, every single time. The task of intricately reproducing the rev counter ahead of the driver including the way it revs counter-clockwise, has also been carried out with the emphasis on authenticity and originality.”

There were only 53 original C-Types, as the car was based on the XK120 and focussed on competition use, with 43 sold to private owners. The factory car that won at Le Mans was driven by Duncan Hamilton and Tony Rolt.

The continuation program has been underway for more than three years and building and testing of the prototype, which is known as Car Zero and has covered more than 1500 kilometres, included a contribution from Jaguar’s famed test driver Norman Dewis who died in 2019.

Although the cars have all been sold, Jaguar has developed a special configurator for the C-Type which allows fans of the car to specify the C-Type of their dreams.