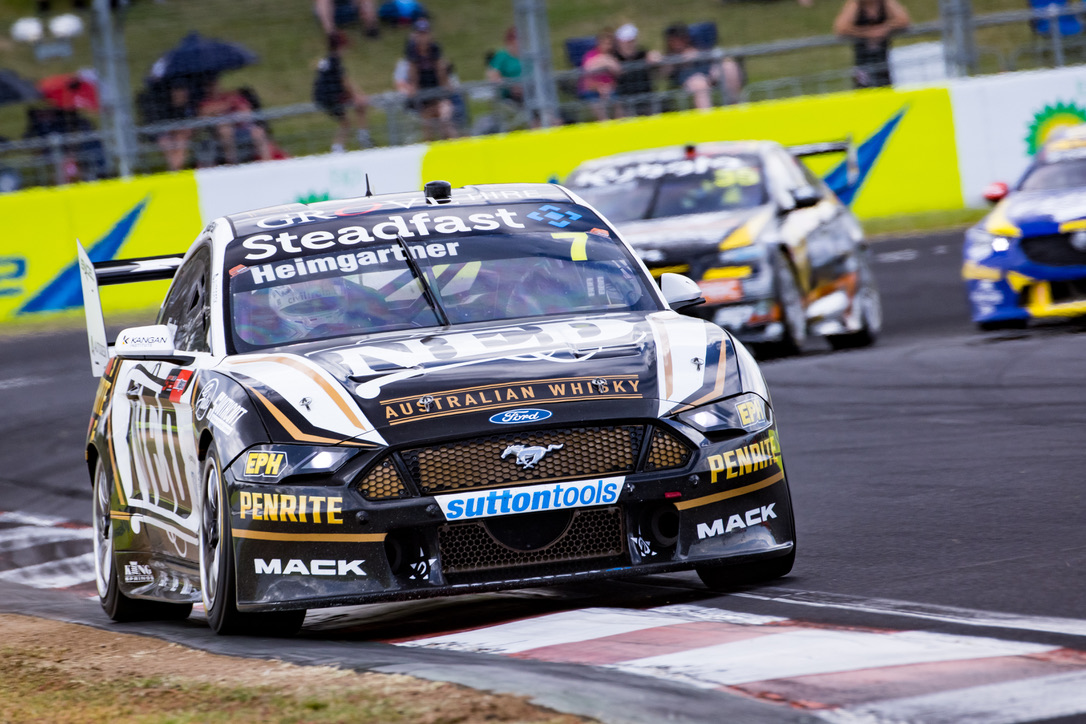 Andre Heimgartner is expected to confirm his future in Supercars later this week.

Stephen Grove has repeatedly said he wants to keep Heimgartner in one of his team’s two Ford Mustangs after the completion of the ownership take-over from the Kelly family, and Heimgartner has also made positive comments about his current team.

But there are hints that he could be changing drives for 2022 and beyond, with rumours linking him – if he leaves Grove Racing – to potential places at either Tickford Racing or Walkinshaw Andretti United.

CHAZ-MOBILE IS ON THE BLOCK

It still has races to run, but Chaz Mostert’s ZB Commodore is moving on from Walkinshaw Andretti United.

The car, chassis number WR026 and complete with its V8 engine, is set to be sold through an auction through WAU’s partner, Lloyds Auctions, at the completion of its commitments in the 2022 Repco Supercars Championship.

It is the last Gen2 chassis built by WAU and carried Mostert to his first victory in a Holden at Symmons Plains.

PERONI BACK TO EUROPE

Speedy single-seater driver Alex Peroni is working on a successful return to racing in Europe after falling off the Formula 3 ladder at the end of 2020.

Peroni switched to the Indy Lights Championship for season 2021 but now says he is skipping the final three races this year to renew his efforts in Europe.

“This year hasn’t lived up to our expectations in racing performance. I’m looking forward to some exciting opportunities that 2022 has in store for me and a return to racing where I can mix it with the front runners,” says Peroni.

DOOHAN UPBEAT AHEAD OF SOCHI

Jack Doohan is almost certain to finish as runner-up in the FIA Formula 3 championship after a tough weekend of racing at Zandvoort on the Dutch Grand Prix program.

Doohan scored points in two of the three races, as he continued to prove that he is a serious single-seater contender since his switch to the Trident team, although he could not narrow the gap to series leader Dennis Hauger. “We were a bit unlucky at stages throughout the round but we still managed to bag some decent points,” he says.

The F3 season wraps at the end of the month at Sochi in Russia, where Doohan is hoping to add to his to total of race wins for 2021.

Jaxon Evans is second and still has a shot at the Porsche Supercup series with one round to run at Monza in Italy.

The former Carrera Cup star in Australia has been scoring solidly and is only 25 points behind the series leader, Larry ten Voorde from Holland, with 50 still available from the grand finale.

Evans admits he was disappointed to only finish tenth at the latest race at Zandvoort, but is already re-focussed on the money shot in Italy. “I lacked the speed over the entire race weekend. Now I have to turn my full attention to the finale in Monza,” he says.

SHAHIN WINS AT HOME AT THE BEND

A broken gearbox cost Craig Lowndes his shot at adding the The Bend Classic Trophy to his collection, as Yasser Shahin took his Formula Renault 3.5 single-seater to the fastest time in the weekend’s Top 10 Shootout.

Teenaged S5000 hopeful Sebastien Amadio was second overall on his first Shootout experience, hustling his Team BRM S5000 past JP Drake’s Wolf on the leaderboard as the second-last car to run.

VICTORIAN DRAG RACING GETS A BOOST

Two of Victoria’s regional drag racing facilities have received a significant cash bonus from the state government, out of the Motorsport Club Assistance Category, in a move that has been welcomed by ANDRA’s CEO, Brett Stevens.

The South Coast Drag Racing Association will receive $20,000, to be used to buy a scraping machine for track preparation and to help with running of the facility’s South Coast Nationals.

Beat the Heat (Victoria), in conjunction with the Wimmera Off Street Drag Racing Association, gets $14,043 for start lights and timing gear at the Wimmera facility, as well as funding to run the Wimmera Eighth Mile Championship.