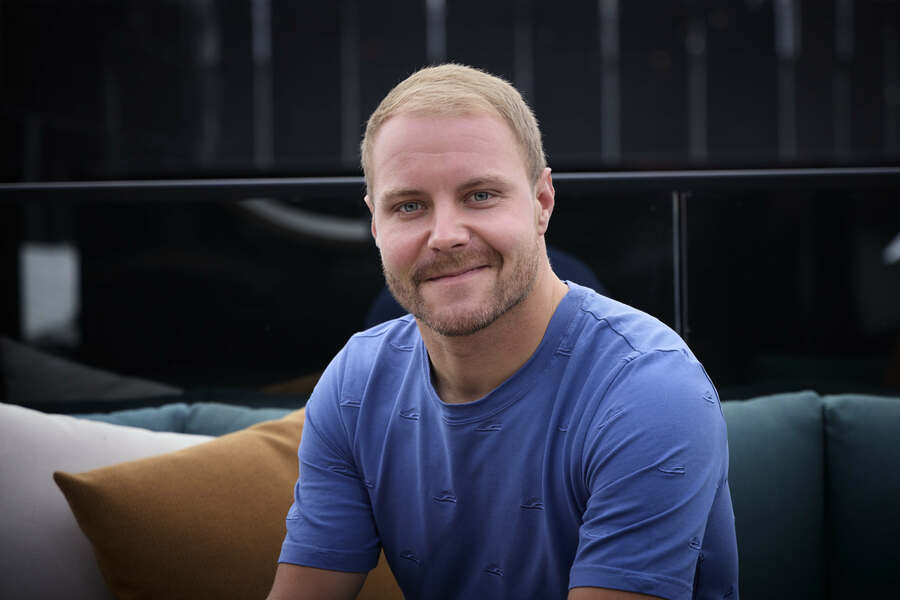 So, Valtteri Bottas is smiling again.

But is he smiling because he knows something about the future competitiveness of the Alfa Romeo squad or because he is escaping the pressure that comes with being Lewis Hamilton’s team-mate at Mercedes-Benz?

No-one knows for sure, but there are plenty of people – including Bottas – who will be hoping he is not just moving into a Formula One retirement home to fill the space recently vacated by Kimi Raikkonen.

Bottas has been fast and successful at Mercedes since he filled the spot left open by Nico Rosberg, who was totally drained by the successful attack on Hamilton that earned him the 2016 world championship. But despite his one-lap pace and occasional wins, he has never looked like anything more than a wing-man for Hamilton.

He has also been dismal at times.

No-one is making it official, but George Russell is about to be injected into the black arrows as the team – and puppet-master Toto Wolff – looks ahead to Hamilton’s retirement after he wins his eighth world title, to move ahead of Michael Schumacher. Russell has already proved he has the right stuff for the job, even if there will be disruption and posturing when he takes up his promotion.

For now, the focus is on Bottas and he is clearly not done yet with Mercedes.

“I am proud of what I have achieved in Brackley and I am fully focused on finishing the job as we fight for another world championship, but I am also looking forward to the new challenges that await me next year,” he says.

He has a multi-year deal with Alfa Romeo Racing that will take him into the next generation of grand prix cars, when every team – including the Swiss-based outfit that began as Sauber – is hoping to make a step-change up the grid.

“The potential of the setup in Hinwil is clear and I am relishing the opportunity to help lead the team forward up the grid, especially with the new regulations in 2022 giving the team a chance to make a leap in performance,” says Bottas.

“A new chapter in my racing career is opening: I’m excited to join Alfa Romeo Racing Orlen for 2022 and beyond for what is going to be a new challenge with an iconic manufacturer. Alfa Romeo is a brand that needs no introduction, they have written some great pages of Formula One history and it’s going to be an honour to represent this marque.”

Bottas also knows that Alfa Romeo is a lifeline in the declining years of his grand prix career, and something of a surprise when he could have been a straight swap for Russell at Williams. When that didn’t happen, it raised the possibility that the once-great Williams team could be finally in a position to recruit for talent and not – unlike Nicholas Latifi – for cash.

Bottas needs to paint a positive picture of his move to Alfa, particularly as Raikkonen and Antonio Giovinazzi have barely troubled the scorekeepers this year, with just three championship points between them.

“I’m grateful for the trust the team has put in me and I cannot wait to repay their faith: I’m as hungry as ever to race for results and, when the time comes, for wins. I know (team boss) Fred (Vasseur) well and I am looking forward to getting to know the rest of the team I am going to work with, building relationships as strong as the ones I have at Mercedes.”