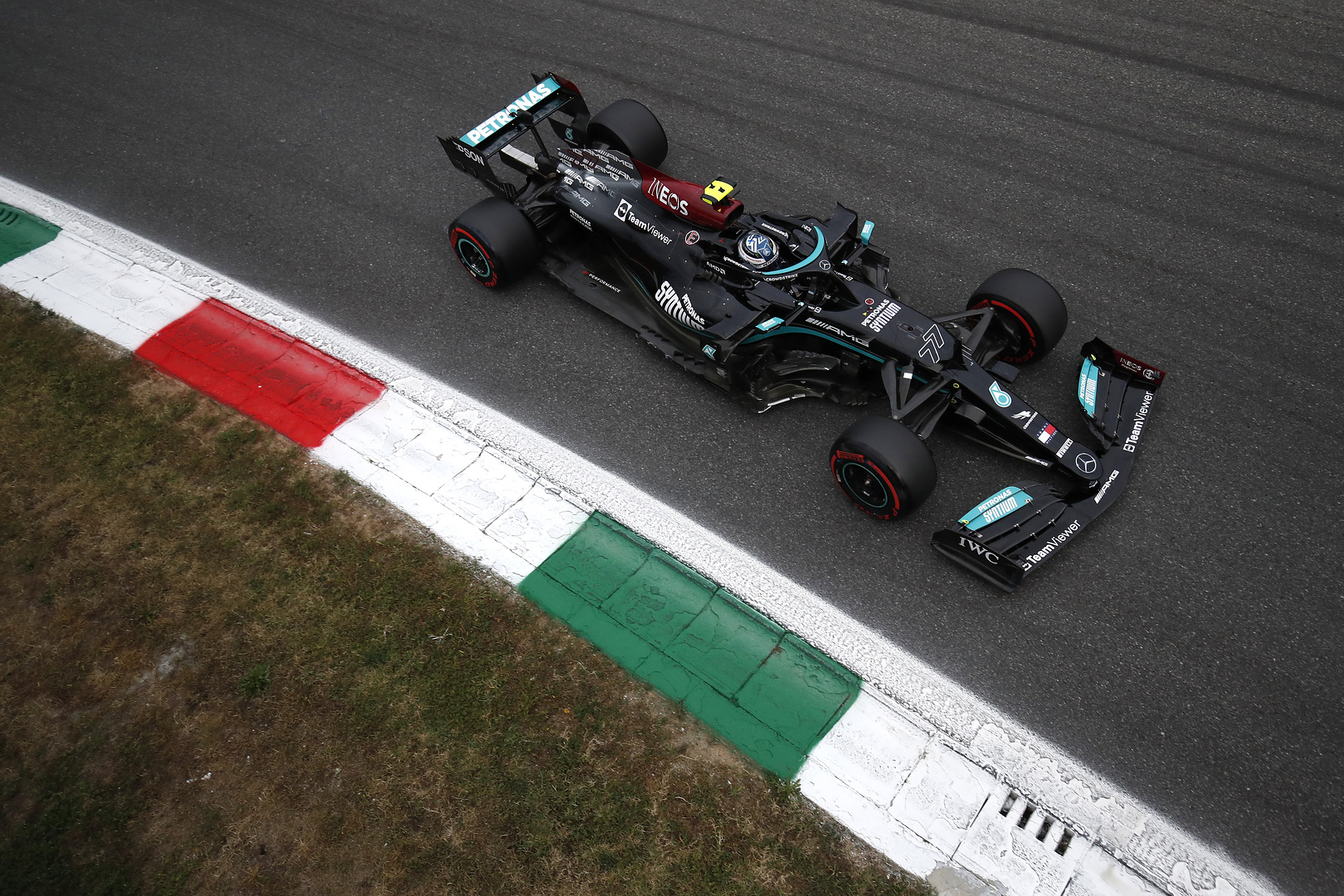 Valtteri Bottas is finished with Mercedes-AMG but is clearly not done yet after taking top spot for the Qualifying Sprint at the Italian Grand Prix.

The championship focus is on his team mate Lewis Hamilton and Max Verstappen of Red Bull Racing, but Bottas left them trailing on the first day at Monza in the same week he announced his move to Alfa Romeo for season 2022.

He still faces a massive challenge in the grand prix, regardless of his Sprint finish, as he will start at the tail end of the field after a powertrain change ahead of the Italian classic.

Daniel Ricciardo will line up fifth for the Sprint in his McLaren, finally uncorking real speed to end the time trials right behind his team mate Lando Norris.

Hamilton knows he needs Bottas to help him battle Verstappen and was the first to congratulate his team-mate.

“I want to congratulate Valtteri, that was really a mega lap and he was just quicker. I couldn’t match it at the end so very well deserved,” he says.

Bottas has often shown speed on Fridays in Formula One, but this time it paid off with pole and a giant smile.

“I really had fun and enjoyed it out there. It was beautiful lap, which I managed to save for the end,” says Bottas.

“I felt relaxed in the car and I am happy with our work as a team. The car has felt good all day, with our performance little stronger than we perhaps expected, especially when you look at the gap to Red Bull. Hopefully it will be similar on the race pace for us.”
Even so, and regardless of where he finishes the Saturday Sprint, he knows the Italian Grand Prix will be tough.

“I know I’ll be starting from the back on Sunday with the PU change but the focus is on tomorrow and trying to extract as many points as possible. We know Sunday will be a fight, but our pace is good and I’m sure we can finish strong then too,” says Bottas.

Monza was always expected to favour the powerful and lower-drag Mercedes over the Red Bull racer, and Max Verstappen was happy to qualify third with Sergio Perez only ninth.

“I think for us this track is always going to be difficult,” says Verstappen. “We struggled a little bit more than we wanted to in FP1, but I think we recovered quite well throughout qualifying.

“I’m happy with third and it would have been unrealistic to hope for more. I think for the sprint race maybe we can be closer but you never know around here, so of course we will try and keep the pressure on.”

Behind the ‘big three’, the McLarens were best of the next and Pierre Gasly continued his strong recent form for sixth with AlphaTauri. Then came the Ferrari pair, with Carlos Sainz scoring a rare time-time win over his team mate Charles Leclerc.

The high-speed layout in the Monza parkland created a situation where car speed was more obvious than the previous weekend at Zandvoort in Holland, with many of the teams lining up Ark-like in 2-by-2 formations.

“We were fast and were fighting for top three on the grid, so I’m happy we had the potential to do that. But I’m so frustrated that we got that close but not quite close enough. It was more of a tease than anything, but it’s all good,” says Ricciardo. 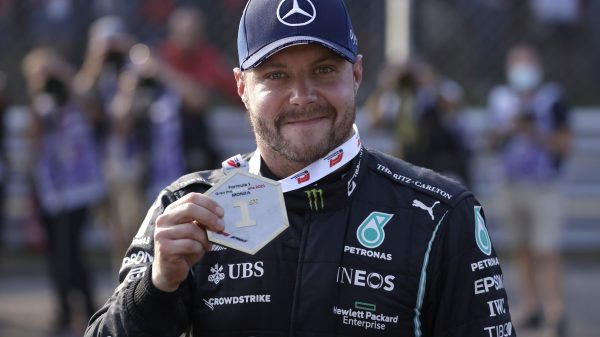