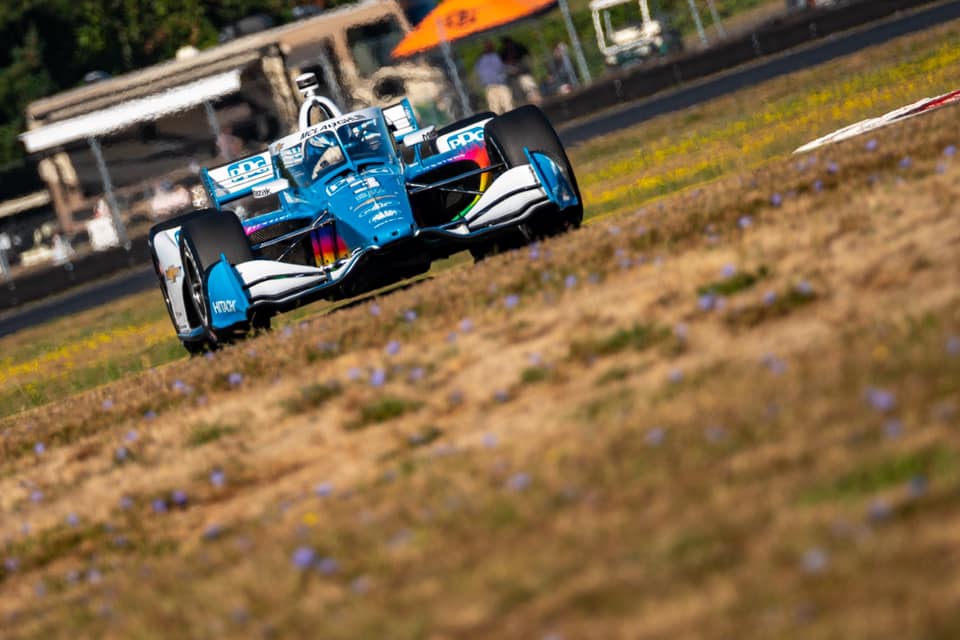 Scott McLaughlin led his first laps as an IndyCar racer as he completed the first leg of the three-race Western sweep that will wrap his rookie season in the USA.

His final finishing place was a solid 9th, after starting 15th on the Portland road course, but his result looks better because he finished ahead of two of Team Penske’s veterans, Will Power and Simon Pagenaud.

The Portland race was won by Spanish transplant Alex Palou, who came to America after racing in Japan, and he now leads the points standings ahead of Pato O’Ward, McLaughlin’s Penske team mate Josef Newgarden and reigning champion Scott Dixon.

“Pretty good day for us. Led my first IndyCar laps, which was pretty cool,” says McLaughlin.

“The strategy was working really well for us to be potentially be in the top three there, but unfortunately a mid-race yellow sort of put us behind. Our strategy was pretty aggressive, potentially a top-six or top-seven but I made a couple of little errors that sorta cost us on the out laps.

“Getting better and better. We’re showing promise. I got through a pretty big melee at the start.

“Good points so we’ll keep pressing on to Laguna and Long Beach coming up in the next couple of weeks.”

The solid score in Portland keeps McLaughlin in 13th place in the IndyCar championship, and well ahead of his only serious rival Romain Grosjean – who was only 22nd in Portland – and he has every chance of improving his results on the road course at Laguna Seca that comes next and the Long Beach road course that wraps the season.