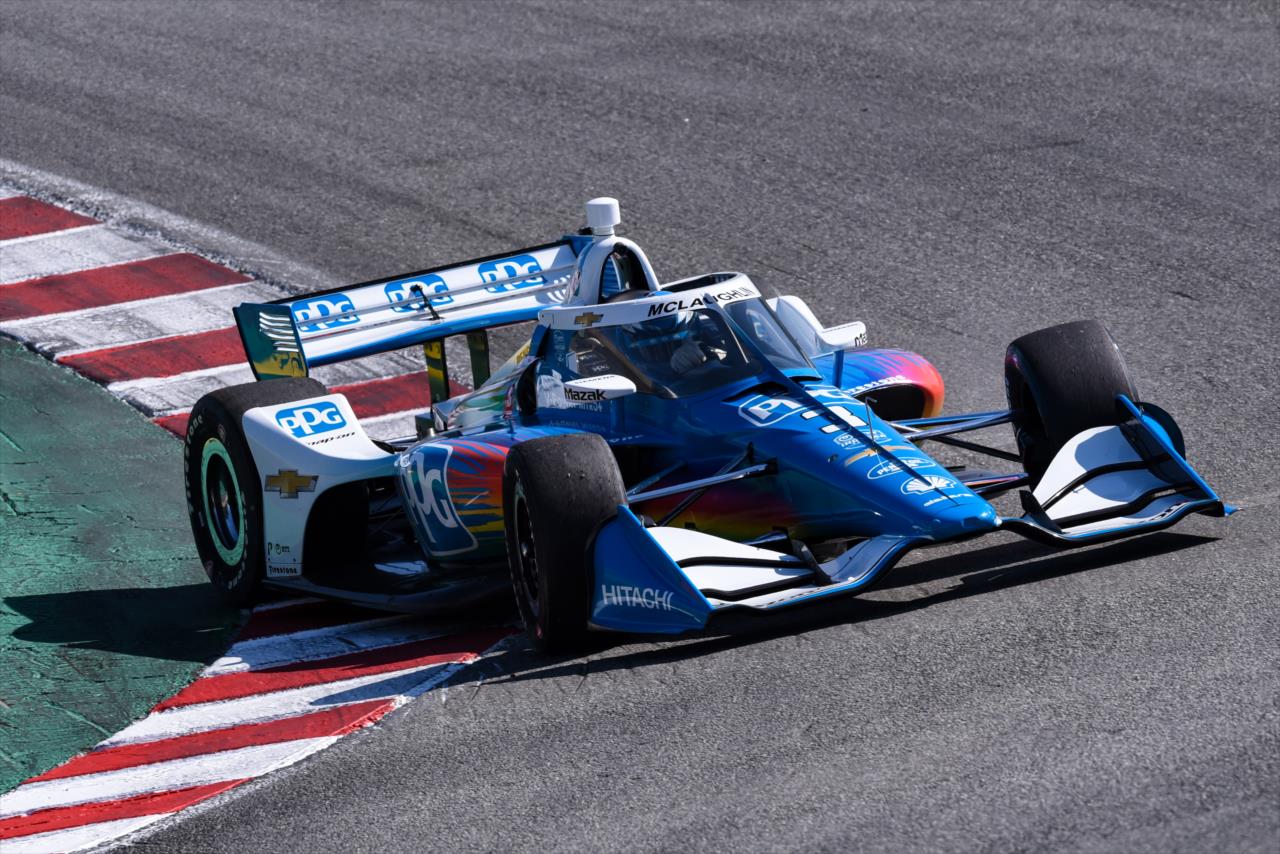 Scott McLaughlin has taken the blame after a qualifying mistake left him only 16th on the grid for the Monterey Grand Prix on the classic Laguna Circuit in northern California.

After topping a practice session for the first time , the best result of his rookie season, McLaughlin bungled things when it counted for the Team Penske racer.

“All completely my fault. A day of what could have been, ” McLaughlin admits.

“We had a really fast race car. Pretty gutted about the qualifying situation we found ourselves in.

“We were fastest in practice, fastest time of the weekend almost. Feeling really, really strong.

“Just made a really, really bad mistake on my first set of Reds. Completely on me.

“We’ll start 16th when we should easily have been in the top six.”

Colton Herta took pole position ahead of Alexander Rossi with Will Power in third and best for Team Penske.

McLaughlin showed the benefit of a recent test at Laguna Seca, as well as the confidence that has been building through recent races, to run at the front.

“Definitely my strongest race of the year and I made a mistake myself. Big rookie mistake.”
Even so, he has his eyes forward leading into the second-last race of the year, with only the Long Beach street course to come next weekend.

“We’ll get them (mistakes) out of the way this year and come back stronger. See if we can pass 15 cars tomorrow and finish up the top.