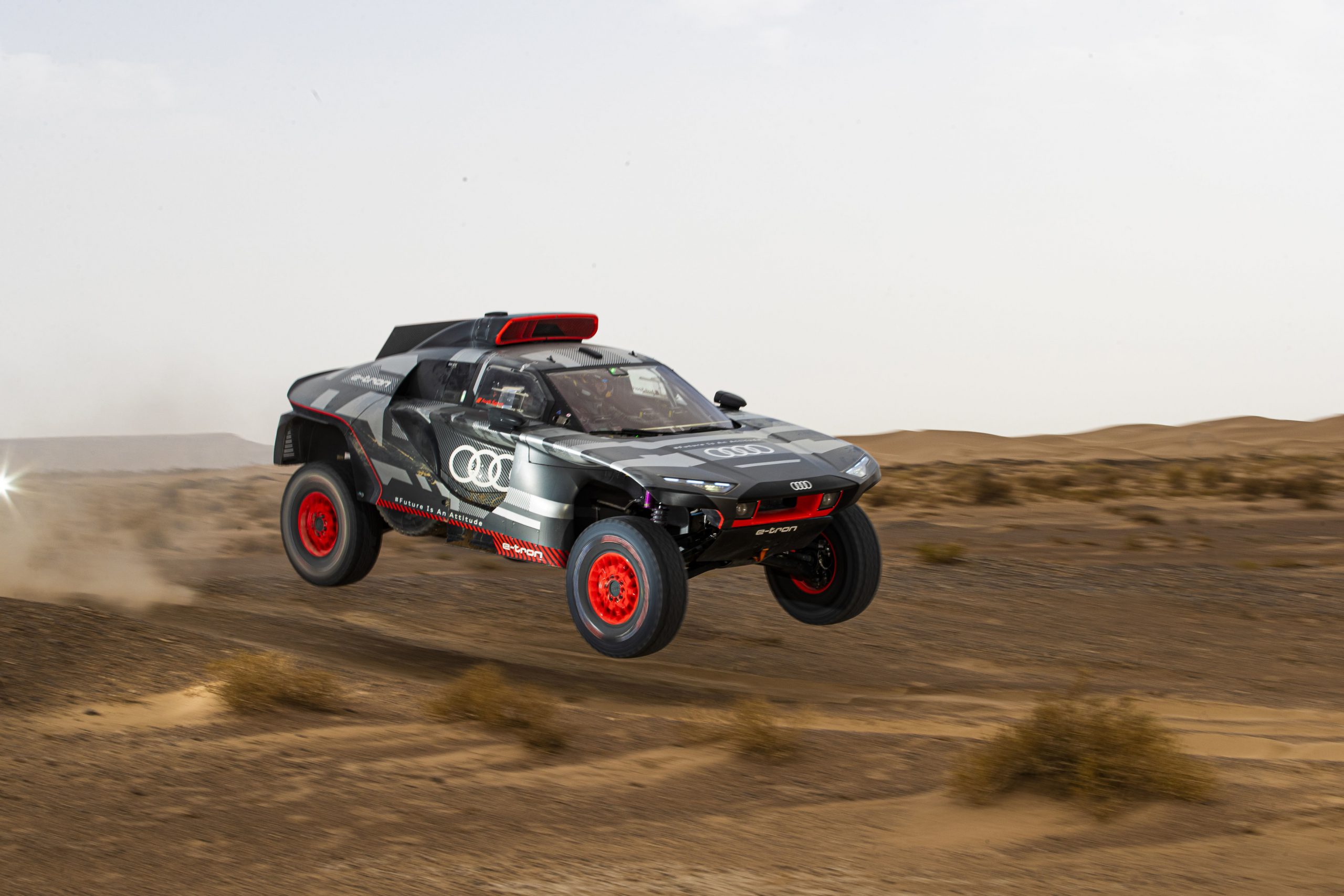 Supercars squads and Formula One teams have strict limits on testing but there is an unlimited opportunity for many other forms of motorsport.

MotoGP teams have just begun their latest in-season testing program – with Remy Gardner about to get his first experience on a KTM MotoGP bike before he graduates to the top level in 2022 – as both Audi and Skoda dig deeper into programs for 2022 and beyond.

Audi is tearing through the red-sand dunes and rocky tracks of Morocco as it prepares for the Dakar with its all-new electric contender, while Skoda is ripping up the gravel in Spain as it readies a new Rally2 contender.

The MotoGP action at Misano in Italy is torrid, with all the top teams and riders getting track laps and the technical crews evaluating a range of improvements.

Honda has a new RC213V with everything from new aero and air intake at the front, to the seat, tail unit and exhaust. Although Marc Marquez was only 15th fastest on the new chassis, he completed 46 laps of evaluation work.

The Suzuki pair, Joan Mir and Alex Rins, rode with a 2022-specification engine and also worked on set-up and electronic improvements.

Aprilia tried the 2022 aero package, KTM was keeping its work secret, but Yamaha rolled out the prototype for next year’s MotoGP contender for world championship leader Fabio Quartararo.

Not surprisingly, given his victory at Misano only days before, it is Francesco Bagnaia who is fastest for Ducati, ahead of Pol Espargaro on a Honda and Aleix Espargaro on an Aprilia.

Things are very different for Skoda, which is looking to extend its domination of the Rally2 category in major events around the world, a history that includes a national title in Australia.

Skoda has built more than 400 Fabia rally cars over the past 10 years and is now well advanced on its upcoming contender, based on the all-new Fabia for showrooms.

The new Fabia Rally2 still has a 1.6-litre turbocharged engine, 5-speed sequential gearbox and mechanical all-wheel drive, but promises to be lighter and fitted with new electronics and safety systems.

It will have a lot to live up to as, according to Skoda Motorsport, the Fabia has scored 1400 overall and class victories as well as close to 3300 podium positions worldwide.

But it is Audi which is mounting the most intensive test program of the year with its RS Q e-tron ahead of the Dakar in January, moving to Morocco for two weeks after earlier testing in Germany and Spain.

All three of its star drivers – Dakar record winner Stéphane Peterhansel, Carlos Sainz and Mattias Ekström – had time at the wheel of the highly complex prototype.

As temperatures topped 40 degrees, with sandstorms also hampering testing, Audi engineers and mechanics worked on everything from crew cooling to the energy-recovery systems on the high-tech electric car, as well as its high-voltage battery.

“It’s all about optimum temperature management and being able to call up the battery’s maximum performance,” says Andreas Roos, head of Audi’s factory motorsport programs.

“This is where we are learning with every test. And that’s exactly why we are going to the desert with an electrified drivetrain: we are gaining an incredible amount of experience that we are sharing with our colleagues from road car development.”