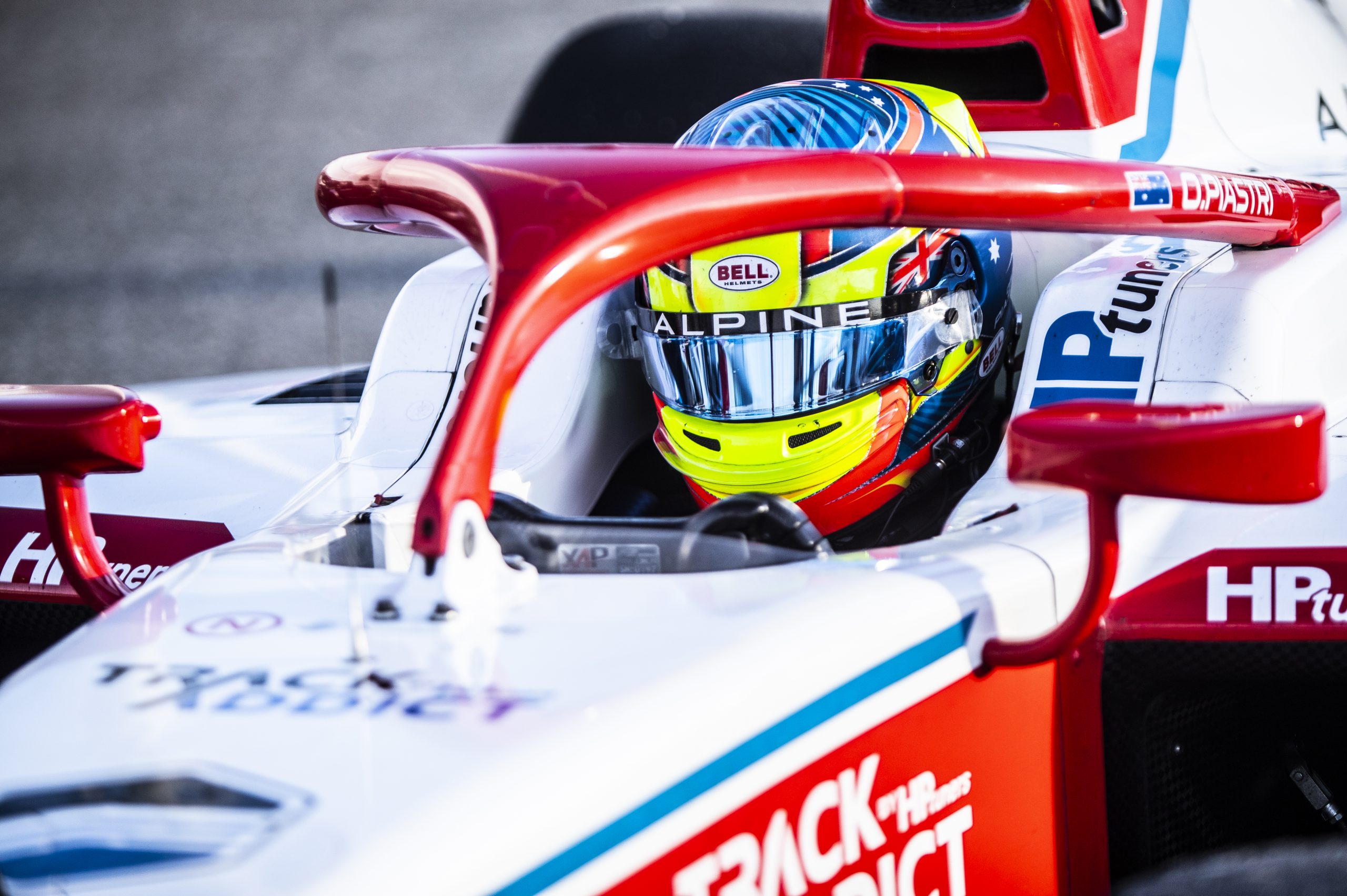 Oscar Piastri and Jack Doohan ensured the Aussie national anthem was played twice from the victory podium at the Russian Grand Prix.

Both youngsters qualified on pole position for their supporting roles in Sochi and, despite failing to finish in the points on a rain-lashed Saturday, each took maximum points from their respective Feature Race starts.

Piastri was clinical as he romped to FIA Formula 2 victory with the Prema Powerteam, extending his championship lead in the process, but Doohan had to unleash his inner mongrel – and disobey team orders – to win in FIA Formula 3.

The last race of the F3 season resulted in Doohan’s fourth victory of the season and, despite some torrid radio exchanges and a big battle with Clement Novalak, also delivered the F3 teams’ championship to his Trident outfit. His father, MotoGP legend Mick, helped celebrate the success.

“He made a mistake, it’s not my fault,” Doohan tells his team over the radio during the start of a torrid battle with Novalak. When his team-mate blunders, after Doohan had handed him the lead, he dropped to third behind Frederik Vesti.

And this time there is no apology.

“I race for myself. Im racing my own career here,” says Doohan.

“I want to win too. I gave him an opportunity but he made a mistake. I’ going to capitalise on that, I’m a racing driver. I’m very sorry, but if I can win I’m going to win.”

Doohan then goes into more detail about the Trident tactics.

“Obviously we were fighting for the teams’s championship. We wanted to finish 1-2. The second time . . . I gave him the position.

“In the ned I’m a racing driver and I want to win. I’ll do everything I can to do that. Obviously not jeopardise the team, but I wan to win and that’s what we did.”

There was no controversy for Piastri, who again showed why he is the class operator in the F2 field.

He was quickly away from the start after scoring what he describes as “the most satisfying pole yet”.

Although the win looked simple it was tough as he had to make some critical passes and play the right tactics.

“That was probably one of the hardest races of my life ,” says Piastri after his win.

But he also knows every result counts as he also pushes his claim for Formula One, perhaps even as early as 2022. His stock is rising all the time and, as a member of the Alpine Academy, he is already doing F1 simulator work.

“The natural next step after a season like this would be Formula 2. The next few weeks and the time ahead will be about seeing what the options are and then finalising that. We want to put ourselves in a position to keep this form running into next year and hopefully do even better,” says Doohan.

“Obviously I wanted to win the championship, but to finish off with a win is great. And I think we were the best qualifier this year.

“I’m quite happy and just have to focus on what’s next,” says Doohan.