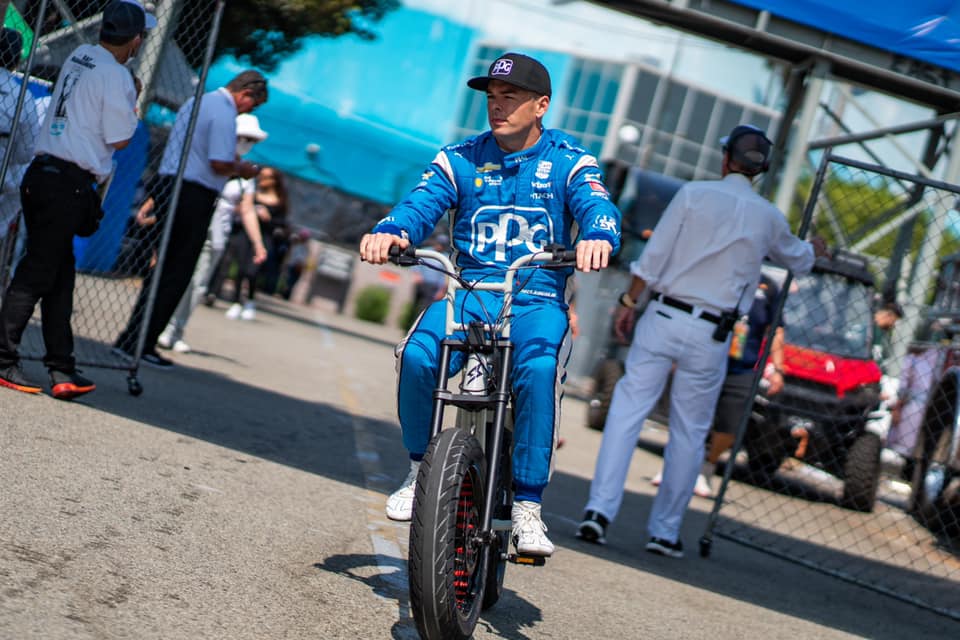 Scott McLaughlin is the Rookie of the Year in the IndyCar championship after a solid and sensible run to 11th place on the streets of Long Beach.

The Supercars graduate stayed away from trouble in the treacherous concrete canyons as his only rival for the Rookie crown, Romain Grosjean, took himself out of contention.

When Grosjean tagged a wall while running in the leading battle pack, breaking the left-rear suspension, he allowed McLaughlin to complete a successful first year in the USA.

“Really proud. Really excited for next year,” says McLaughlin, already looking ahead to 2022.

“This was a foundation year, all about building, and I feel like I’ve done that. Hopefully I can be a little further up next year.”

The Rookie honour follows a similar result in the Indianapolis 500, where he was only 20th but still best of the first-timers.

McLaughlin admits he has taken time to learn and adjust to his new career in the USA, particularly switching from Supercars to the IndyCar single-seater.

Colton Herta won at Long Beach but it was Alex Palou, a Spaniard who dreamed about IndyCar as a kid, who took the championship for Chip Ganassi Racing.

“I think we fought hard. We just came up a little bit short. We were in the fight, which is the number one thing you’ve got to do,” he says.

The IndyCar season is wrapping with a series of driver swaps, led by Grosjean graduating to Andretti Autosport to replace Ryan Hunter-Rea, and the loss of Simon Pagenaud from Team Penske.

But McLaughlin is locked for another year after finishing the year in 14th place and 33 points ahead of Grosjean in the championship standings.

“Every year I need to get better. Figure out my flaws, and where I’m strong, and then work out a ranking on what I work on,” says McLaughlin.

“It’s all about building relationships and getting better.”