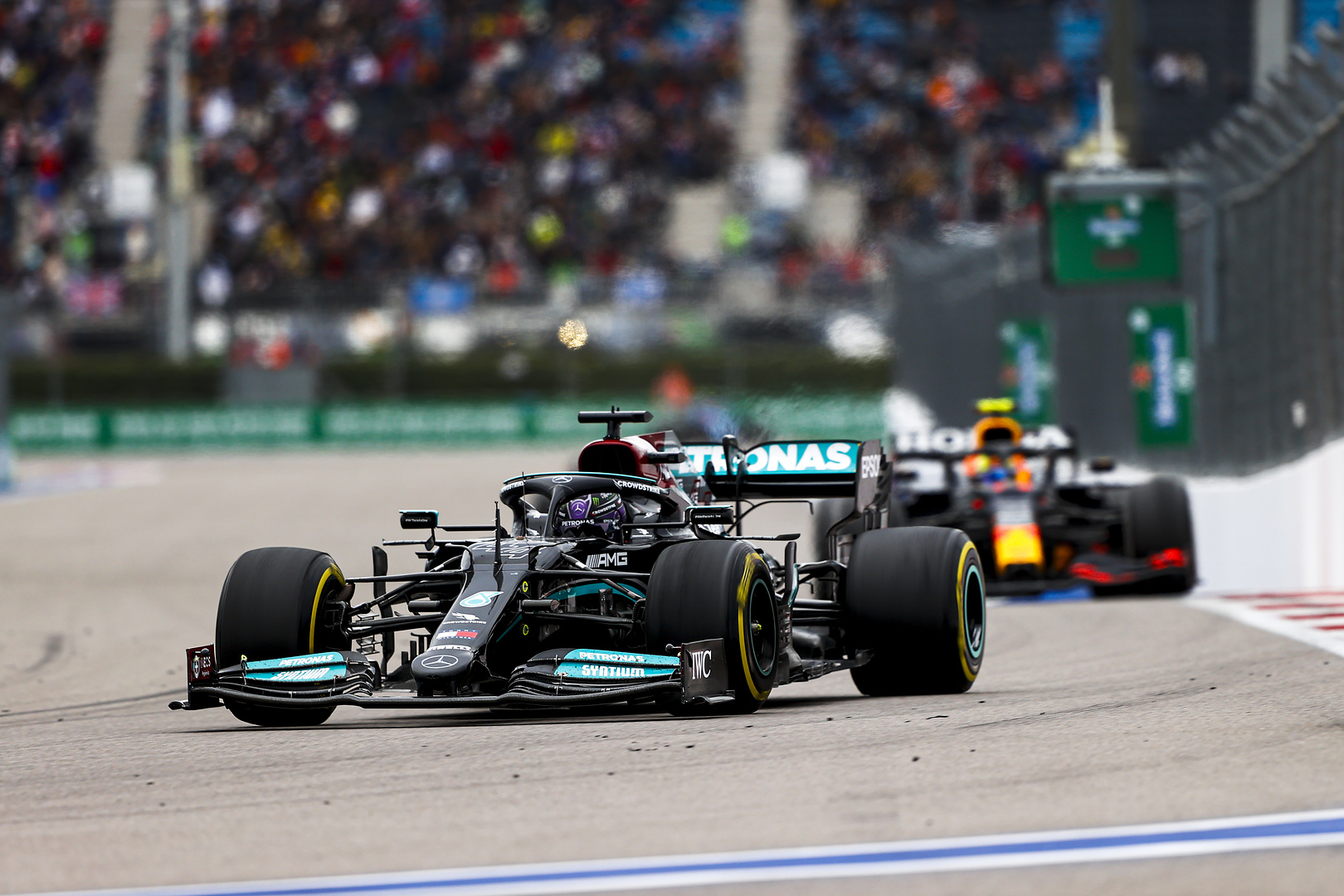 Lando Norris got within five laps of his first Formula One win at Sochi but it was Lewis Hamilton who took his 100th victory in the Russian Grand Prix.

Rain changed everything with five laps to the flag and, while the youngster in the McLaren gambled on slick tyres at the front before giving up and pitting for intermediate Pirelli rubber, Hamilton and Mercedes-Benz played safe to bank the win and return to the top of the drivers’ championship battle.

But the real winner in Sochi was Max Verstappen, who raced all the way from last on the grid – thanks to a Honda engine change – to runner-up spot.

“To come from last to second is very, very good. We’ll definitely take that one,” says Verstappen.

“We didn’t lose so many points today, so that is really, really good. With the penalty we had, to lose only one spot, basically, is definitely not too bad.”

But Verstappen speaks for the whole field as he describes an epic race, with more action than the whole of some recent seasons, that showed how wet-weather qualifying can mix the grid and spark incidents, passing and re-passing after pitstops.

“The race itself was not very easy. A lot of things happened.  It was pretty tricky. It was very difficult to pass,” says Verstappen.

“But at one point it was really, really slippery. Luckily, the rain helped us to make the last jump.”

It also helped Carlos Sainz, who was battling badly-worn Pirelli tyres but pitted perfectly to claim third place for Ferrari, ahead of a racy Daniel Ricciardo who could have done even better without a bungled McLaren pitstop.

“Pretty eventful race. There was a lot that happened. I just missed the podium, but P4 is a solid result,” says Ricciardo.

“Good points and, I think, for those tricky conditions, it’s always nice just to get out with your nose clean. There are definitely some positives and personally still a few things to work on, so we’ll keep our head down.”

The track was clear and dry when the race began, with Sainz taking the early lead before Norris moved ahead after qualifying on pole position. Hamilton was bottled-up in the pack but Verstappen was moving up fast, unlike Valtteri Bottas – also at the back after a ‘strategic’ engine swap by Mercedes – who put up zero resistance to the Red Bull runner on another day where he drove with zero zest.

Tyre stops helped Hamilton as he settled in for a long battle against Norris in the leading McLaren.

“Lando did such an amazing job. He had incredible pace. It would have been tough to get past,” says Hamilton, paying tribute to the youngster, who was rewarded with the fastest lap of the race.

But he didn’t have to pass, as Norris skittered around on the treacherous track after the late shower and he pitted and returned in front of suitable rubber.

“I lost a lot of ground at the start, just trying to stay out of trouble. “Then the rain came. What a race it provided. The team made a great call right at the end.”

Sainz was happy with his finish but still looking for more at Ferrari.

“It’s a happy podium but I think as a team we need to keep analysing what we can do better to make sure next time a Ferrari is leading we are less vulnerable. We’ve got some time before the next race so we will keep pushing,” he says.

For Sebastian Vettel, who looked racy in the early laps, the race turned into a disaster.

“When the rain came in the final few laps the race became a lottery. When you have rain late in the race it can give you a big opportunity, but it did not go our way today. I think it was an entertaining race for the fans and I am happy for Lewis to have won his 100th Grand Prix: a huge achievement and well deserved today,” says Vettel.